Home » Сricket » ‘A form of therapy’: Langer ponders move away from cricket as he writes memoir

Justin Langer is writing a memoir to purge himself of bitterness over his resignation as Australian men’s coach, and has admitted now may be the time to do something other than working in cricket for the first time in 30 years.

Following his address at the $150 per head Western Australia Chamber of Commerce lunch last week, Langer has been interviewed by the state’s governor, Kim Beazley, with the 45-minute video primarily concentrating on his playing days. 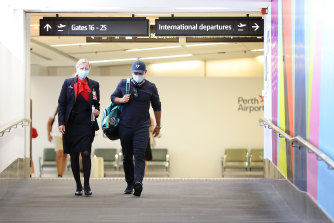 Justin Langer returns to Perth after his resignation in February.Credit:Getty Images

Previously courted by the Liberal Party following his retirement as a player, Langer responded to Beazley’s question about a move into politics by saying he was now prepared to consider getting away from cricket for the first time in three decades.

“I wasn’t happy the way it all ended, but I’m really proud of what we achieved,” he said. “So I just wonder now whether it’s time for a new chapter and doing something else, because I love the game of cricket but I’ve been doing it [for a long time] … I’m excited to see what opportunities come up next.”

Despite enormous speculation that he would be a candidate, Langer revealed last week he had never been seriously approached by England about replacing Chris Silverwood, a job ultimately split between Brendon McCullum and Matthew Mott. A mooted role as coach of the Hobart Hurricanes, alongside Tim Paine, has also fallen through.

Langer described the process of writing as his “therapy” after failing to win another long-term contract as coach of Australia. The outcome followed more than a year of internal reviews into the environment he had overseen and whether it was suitable for the team’s future.

“On finishing with the Australian team, there was talk I was too serious, too intense for some of the younger players,” he said. “But that’s what I learned. There’s a famous incident where in the last Test [against India in 2021] I told Marnus Labuschagne not to walk out with a toasted ham and cheese sandwich in his hand, and it became headlines.

Pressed to adjust his volatile ways, Langer played a hands-off role in the final six months, when the T20 World Cup and Ashes were secured, but did not convince Cricket Australia’s board that the arrangement was sustainable.

“Right now it’s a form of therapy, writing, because at the time I was angry, I was deeply hurt by the media,” Langer said. “I’ve got thick skin but more so how it was affecting my family, because they were reading things. But my writing and my reading, my balance and perspective in life now is one because of the great people I’ve met, and lots of reading.

“The day after I resigned I had to come back to Perth and I had to have two weeks’ quarantine. And I was living in this back room. I woke up the next morning and there’s a quote up on the wall which I’d written years ago, and it says ‘what the caterpillar sees as the end of the world, the master sees as the butterfly’, and that was like this trigger.”

The memoir, Langer’s eighth book, will focus on the themes of leadership and regeneration.

“I started writing this book called The Lion and the Butterfly,” he said. “Lion’s about leadership and the butterfly’s always transforming, and when things don’t go well you’ve got a choice, you either quit, or you learn and you get better. I read that and I thought ‘OK, I’m not going to feel sorry for myself any longer, let’s get on with it’.

“As I sit here now I’m so happy. I’ve got time and I’ve got choice and I’m not on timetables over and over and I’m seeing my family. I’ve got some scars from the last 12 months, but I’ll work through those, that’s life. In my darkest hours is when I’ve learned my greatest lessons. Butterfly sounds a bit theatrical, but that’s where you learn.” 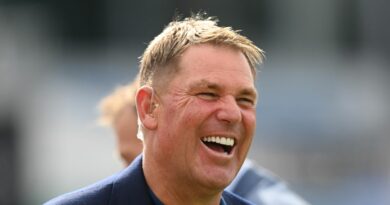 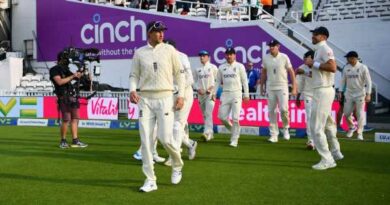