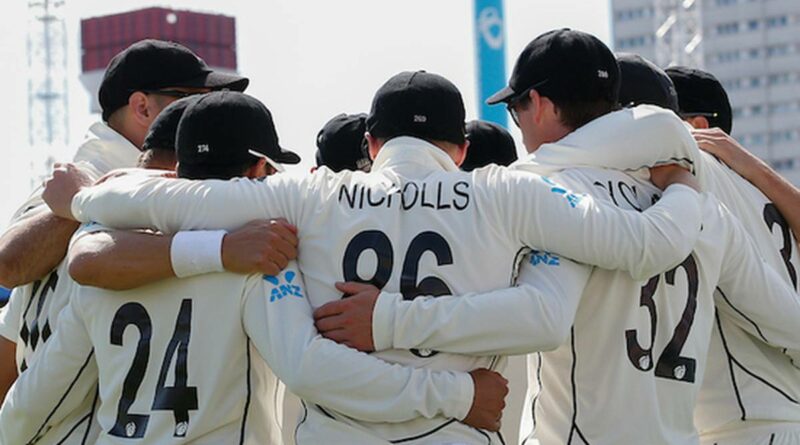 The prospect of a Black Caps test win against England at Lord’s due to a day stolen by rain will remain a moot point, but their cricketing juggernaut has marched on unflinching to Edgbaston.

A clinic was delivered on the third day of the second match at Birmingham with the sun at their backs and a vociferous Hollies Stand crowd in their ears.

New Zealand’s discipline and application was ubiquitous as England disintegrated to 122 for nine in their second innings, a lead of 37.

The bowlers wrapped a tourniquet of pressure around the hosts; wicketkeeper Tom Blundell and the V-for-victory-shaped slip cordon wolfed catches, accumulating 12 across the match; and Neil Wagner’s new-found vim and vigour swinging the ball extended to his technique with the groundsman’s “thumper”, literally tilling the field to smooth out his foot landing position. Attention to detail remains a hallmark of this team.

After establishing a first innings lead of 85, courtesy of Ross Taylor’s happy-go-lucky 80 and a wagging tail, a bowling blitz suggested any of the visitors’ pace bowling stocks could suit up in white with confidence next weekend against India in the world championship final.

New Zealand have used 17 of their 20-man squad as they contemplate a third test series victory in England to match the feats of 1986 and 1999.

They would have every right to revel in the glory of any immediate aftermath, but questions will soon turn to the XI for the ultimate showpiece in the test game*.

A musical chairs exercise looms but, at the risk of sounding too kumbaya, the depth of the current squad means many positions are interchangeable.

The player arguably asking the most questions of captain Kane Williamson and coach Gary Stead when they mull over their Southampton XI is Ajaz Patel.

The left-arm orthodox’s no-nonsense rigour, rhythm and guile in his ninth test – and first since February 2020 against India – makes him a potential third or fourth innings catalyst. Teasing flight and a mischievous arm-ball could be welcome weapons if attrition takes hold.

The 32-year-old took two for 34 from 14 overs in the first innings and backed up with two for 25 from nine in the second, including the key wicket of Joe Root edging behind as he misjudged the extra bounce attempting a cut. The Edgbaston pitch remains relatively benign, but Patel could become a handful if the surface for the final deteriorates, especially with an extra day guaranteed should weather intervene.

The limited impact of Colin de Grandhomme and Mitchell Santner in the first test, and Daryl Mitchell in the second, might cement a place for the Central Districts stalwart. He even produced a 20-run first innings cameo to bolster his case. However, that means the team would be risking Kyle Jamieson at number seven to keep their fabled four-prong pace bloc together.

Such a move would place an onus on the top six to perform but could be a minor gamble compared to entering with no spin. Jamieson’s technique and current average of 47, albeit after just seven test innings and two not outs, have withstood scrutiny to date.

Matt Henry’s six for 114 with three wickets per innings has been a fillip but a likely red herring in the wider selection equation, given the expected return of Tim Southee and Jamieson for the final.

Likewise, Will Young, despite his 82 being the highest score in New Zealand’s five-test history at Edgbaston, will return to carrying drinks if Williamson’s left elbow tendon co-operates.

*at least for teams ineligible to contest The Ashes.