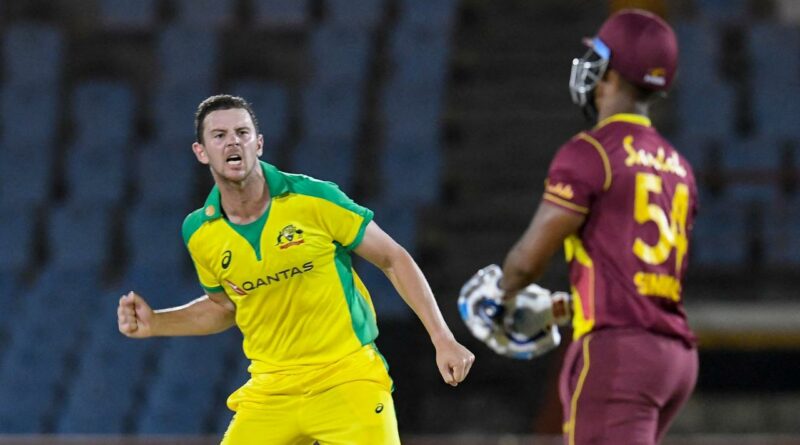 Changes are likely to an Australian side desperate to keep their T20 series against the West Indies alive after successive losses.

Australia enters Tuesday’s game three of the series in St Lucia trailing 2-0 after losing on Saturday and Sunday at the same venue.

With the visitors having thrown away game one with some poor and undisciplined batting after being in complete control at 3-89 in the eighth over chasing the host’s total of 145, selectors kept faith by retaining the same XI for game two.

However, having been outclassed with both the bat and ball in Sunday’s 56-run loss, the Australian side is likely to have a different look for game three.

“We’ve got options here … so you’d like to think that some guys will get some opportunities at different times.

“They (the West Indies) have done a bit of planning from game one to game two to try to combat that fast start (in game one) and it’s over to us to make sure that we’re aware of some of those plans.

“We’re here to win the series and we’re 2-0 down, so our most important contest is the next one that we face. There is a clear focus on game three to keep this series alive.”

Having found that conditions at Darren Sammy Cricket Ground are more favourable to seam bowlers than what they expected, the Australians are considering the likes of Riley Meredith, Jason Behrendorff and Andrew Tye to aid Mitchell Starc and Josh Hazlewood.

“We’re playing a different balance of team. We’ve gone to the all-rounders,” McDonald said in discussing tactics that are yet to work in this series.

Of the all-rounders, Moises Henriques hasn’t been used with the ball in the opening two matches.

“It’s tough to fit them all in, in terms of the resources that we’ve got there,” McDonald said.

“We still consider him an all-rounder, it’s just when you’ve got Mitch Marsh, plus Dan Christian, plus Moises, it’s about which is the preferred for the captain at that time depending on the match-up there.

“It’s about exposing what you think can potentially be your middle order players for the long term,” McDonald said.

“You’ll see tactics evolve depending on the conditions throughout the series. The key is to judge this group over five matches.” 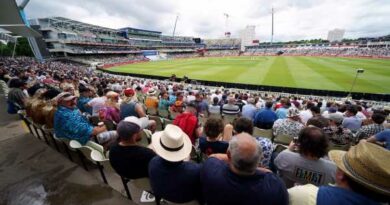 Jofra Archer: What next for England and their pace bowler?