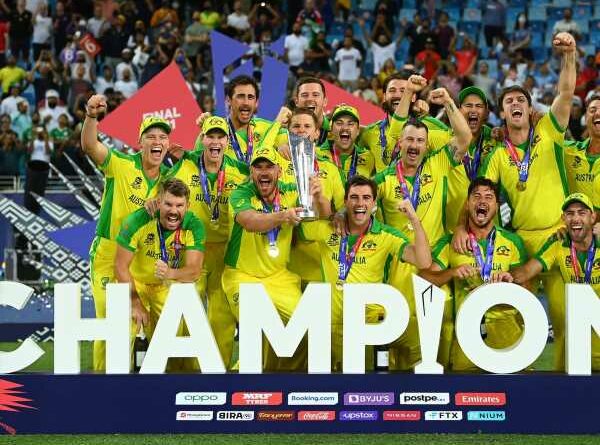 It feels like an oxymoron to describe an Australian World Cup triumph as “unlikely”. But as the men’s team secured the T20 World Cup on Sunday to add to their five 50-over and two Champions Trophy titles, that’s pretty much what it was.

No one had them down as winners of this tournament, which might have been a blessing in disguise given bookies favourites have never made it to the final of any T20 World Cup. The last time Australia got this far was in 2010 when they were beaten by England. They came to the UAE off the back of five bilateral series defeats and a squad assembled by circumstance rather than design, and supposedly with a playbook a few years out of date. Not to mention a head coach in Justin Langer who was under great pressure, not least from those in his own dressing room.

Within all that we can find some answers to how they leave with the trophy after comprehensively turning over New Zealand by eight wickets in Dubai on Sunday. The abundance of Australians on the franchise circuit has not equated to a proficient Australia, though the two go hand-in-hand.

It has never been a format they have taken particularly seriously, which has been exacerbated by the odd scheduling conflict between red- and white-ball series. Since the start of 2020, Australia have used 28 different players in T20s, lending to the uncertainty over a best XI that prevailed at the start of this tournament. However, it was in this period Australia unearthed a difference-maker.

Then again, can you really unearth Josh Hazlewood? Perhaps in the same way that you can “discover” Succession. But having had his best efforts saved for the Baggy Green meant the tall metronomic quick was a peripheral figure despite being an Indian Premier League regular. 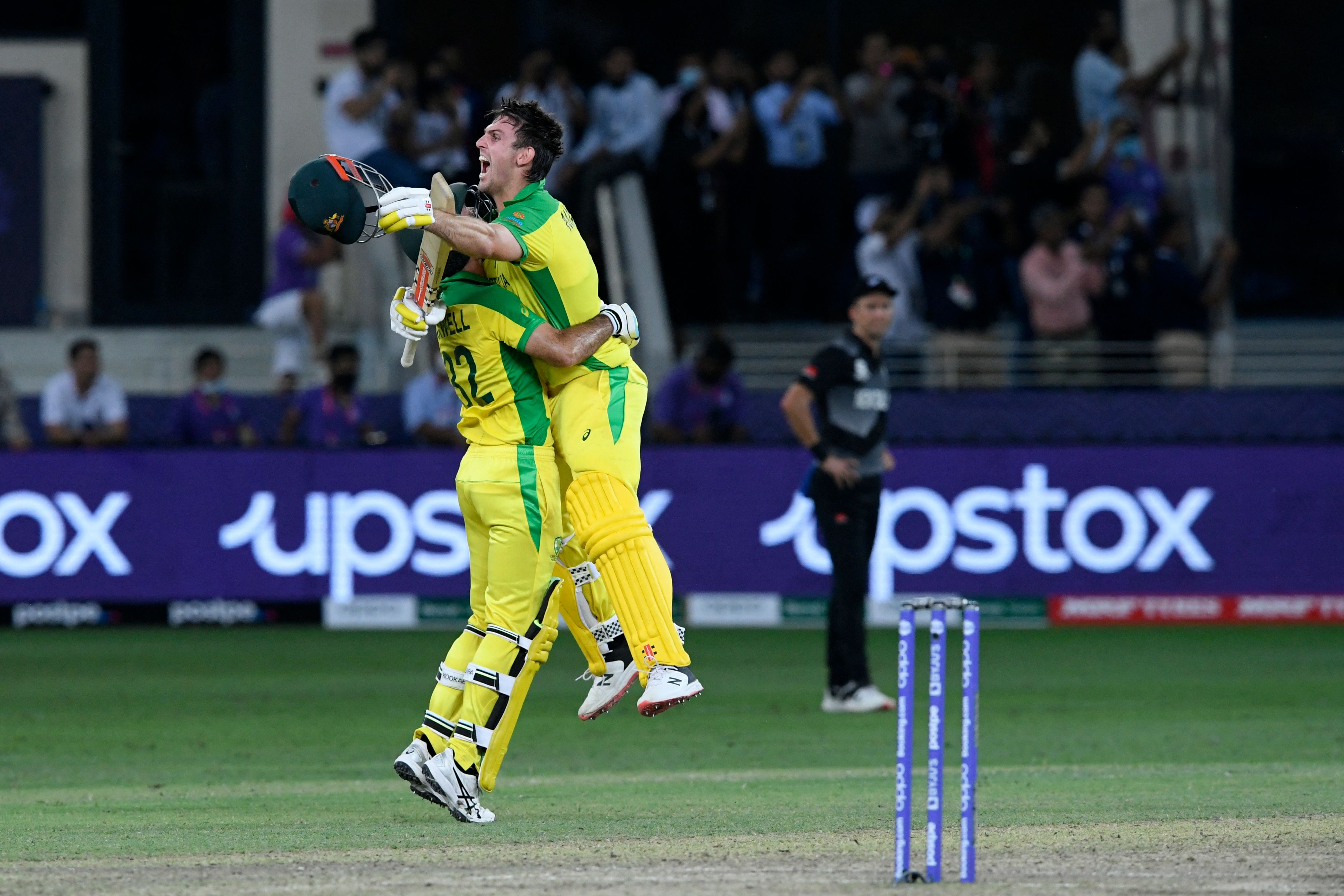 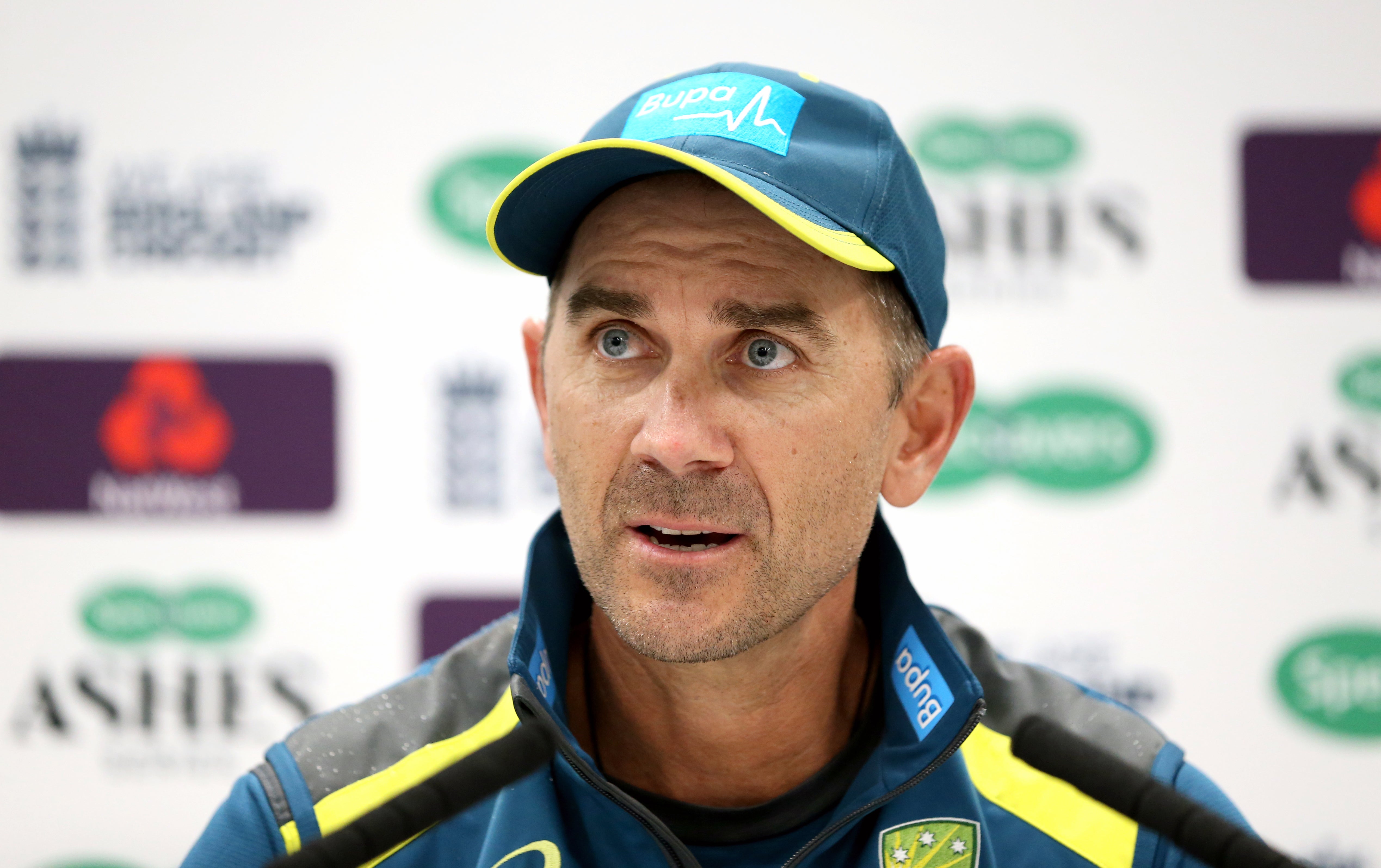 Hazlewood now has just 24 caps to his name, seven coming in this successful run as part of 2021 in which he made 15 appearances in yellow and/or green. And it might be that the year delay of this tournament due to the Covid-19 pandemic was a sliding doors moment for him and Australia, considering the gap from March 2016 to September 2020 between caps number seven and eight.

Fresh from winning the 2021 IPL title with Chennai Super Kings on these decks, he slightly tweaked usual Test match lengths to basically take out four overs from opponents innings through either control or wickets. He managed 11 dismissals in total, seven across two vital stints: the four for 39 against West Indies to seal semi-final qualification, then three for 16 in the final. Against New Zealand he bowled three overs worth of dot ball and getting rid England’s semi-final destroyer Daryl Mitchell for 11 and finally seeing off Kane Williamson for 85. Considering a lot of his work was in the Power Play, Hazlewood’s 7.29 economy rate was impressive.

While Hazlewood’s “absence” from T20 matters can’t quite be chalked up as a mistake, the use of Mitchell Marsh certainly can. Dropped against England for Ashton Agar, defeat with 50 balls to spare saw a return that now acts as another nugget of doubt Australia’s most polarising allrounder has overcome.

Quite how many of the very few who picked Australia for glory would have had Marsh The Younger as a difference-maker. But his 77 not out off 50 balls, an innings at number three that began with a flicked six, will earn pride of place in the crowded hallway of great final knocks by an Australian.

That he was the focal point for celebrations at the end as a target of 173 was reached with seven balls to spare owes much to two recognisable T20 stalwarts. 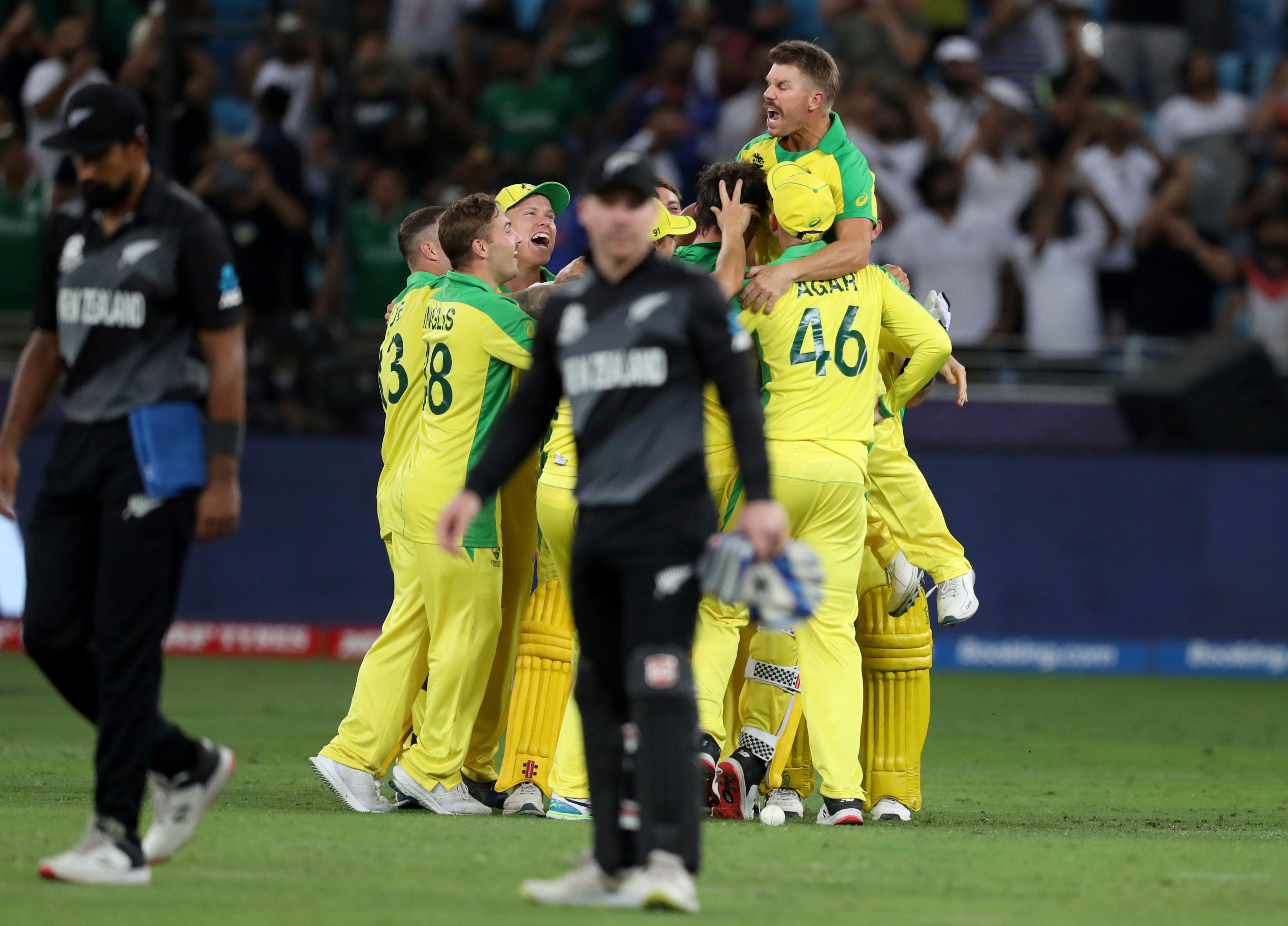 Adam Zampa’s four overs for 26 – and the crucial wicket of Martin Guptill – kept New Zealand in check, and Williamson watchful. It was a continuation of his work throughout, which perhaps shouldn’t focus on the 13 wickets but going at 5.81 per over. These pitches in the UAE did not spin as much as expected, yet Zampa’s management of length on boundaries that could have really been used against him spoke of a maturity that he does not get credit for because of boyish looks and maverick persona. A rare unit at this World Cup in the very real sense of the word “rare”.

When he fell in the 13th over, Australia were passed a hundred, needing 66 from the remaining 46 deliveries. By no means home, though the route had been cleared of its most recognisable threats.

And Warner, too, of his own temporary demons. He came into the tournament in questionable form off the back of eight innings in these conditions for Sunrisers Hydrebad at an average of 24 and even had the ignominy of being dropped as a high profile overseas recruit. A 65 against Sri Lanka came amid scores of 14, 1 and 18 before a run of 89 not out (West Indies), 49 in the semi-final against Pakistan and then this half-century when it mattered most. The 23-year-old who made waves when he became the first capped Australian – in a Twenty20 in 2009 – to have not played first-class cricket now, at 35, has his first world title. Though he may be more After Eight than the Milky Bar Kid he was dubbed at the very beginning of this journey, this success will still be as sweet.

This victory also carries a sense of aberration about it, which is nothing for Australia or its fans to concern themselves with. Here we were at the tournament that was supposed to reflect the evolution of T20 in the hands of analysts. Yet so much of it was determined by the 50-50 of a coin toss. Aaron Finch, the first to get his hands wrapped around that World Cup trophy, won six out of seven of them.

Even so, to see this as a triumph of the whim of individuals over data isn’t quite right. “Match-ups” may have been the buzzword over the last month, but if teams put too much stock in it, that’s on them. An analyst’s reach is only so far, and there are none in the game who wield more power in a dressing room than a captain. 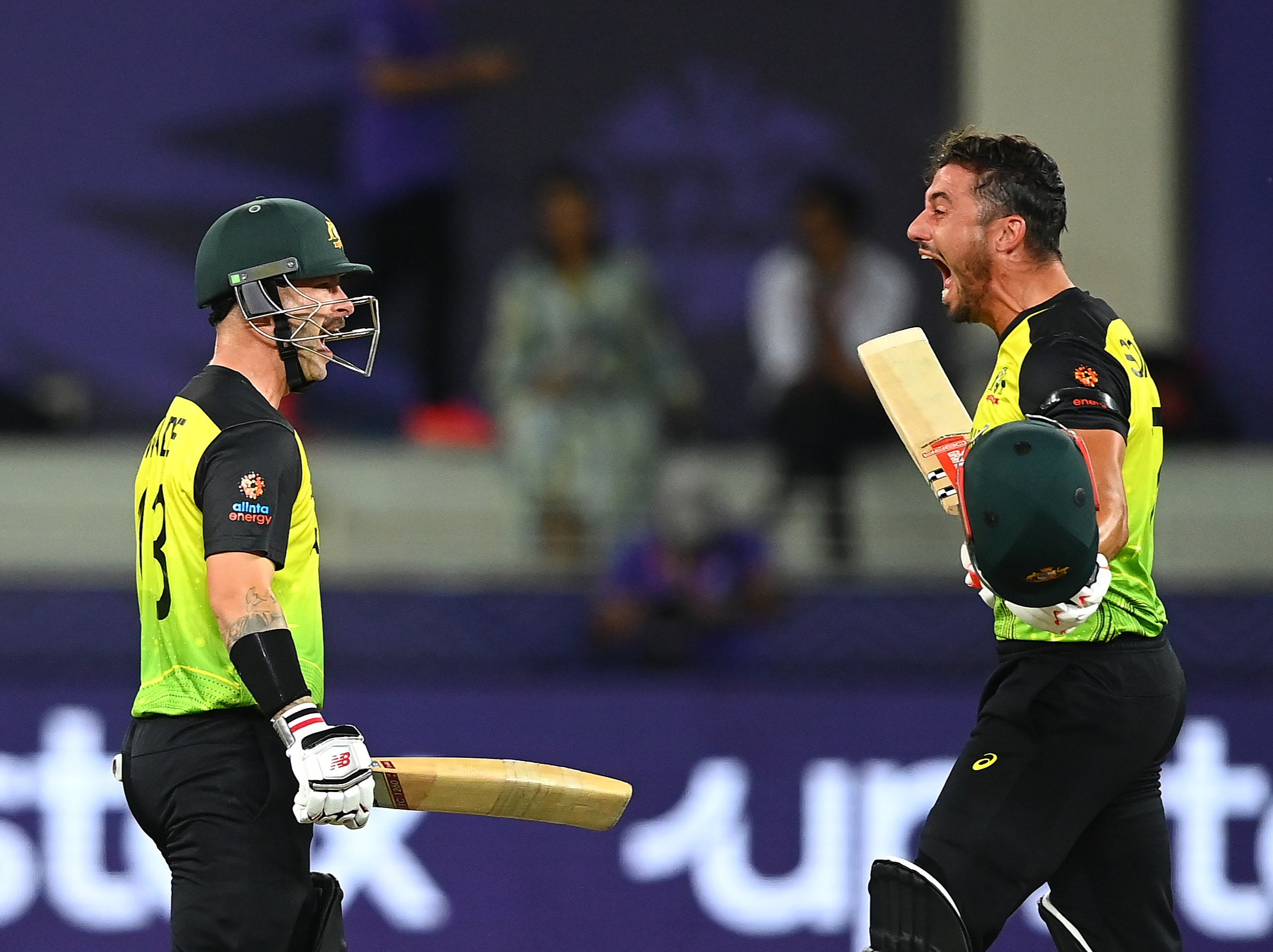 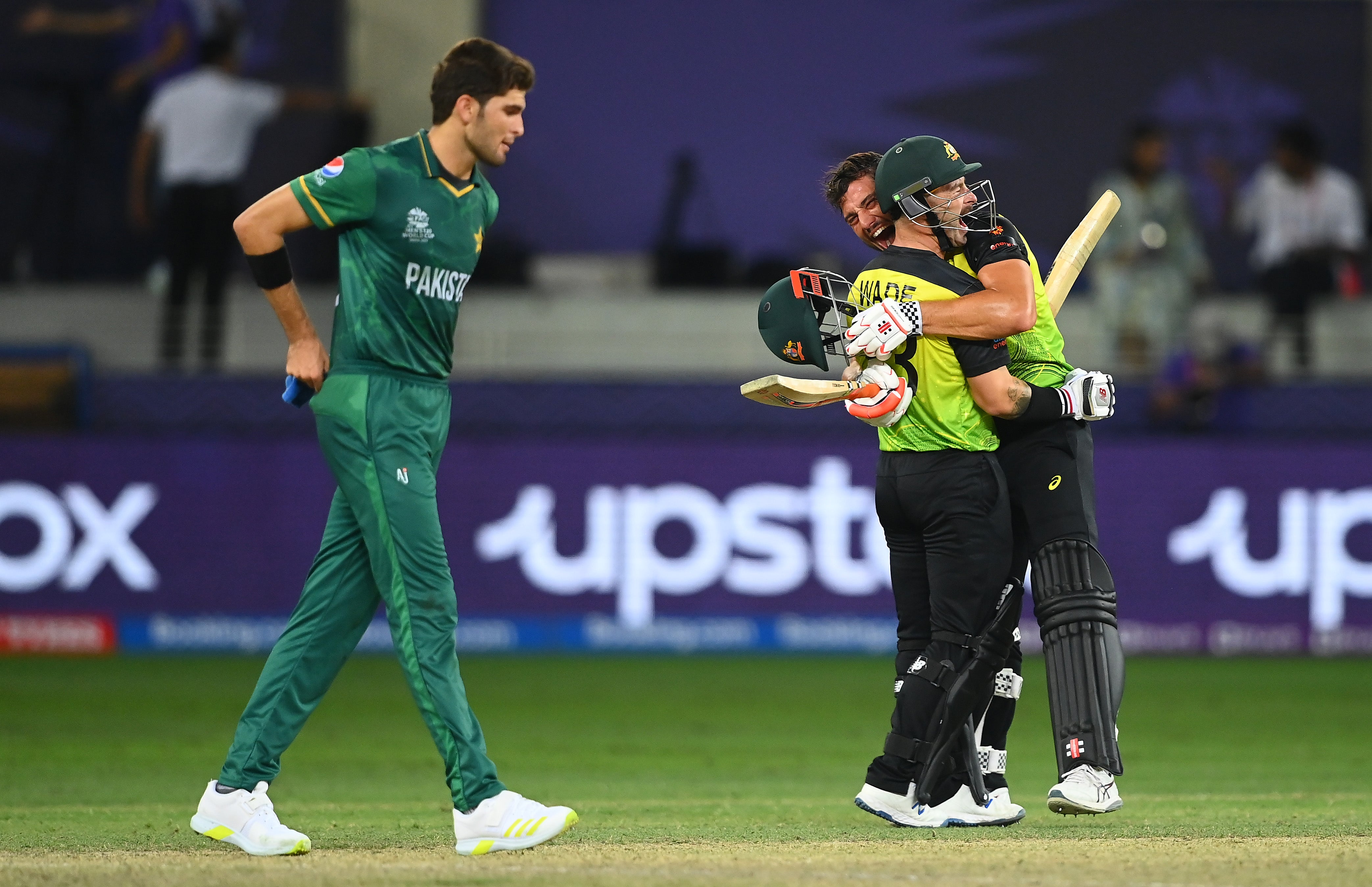 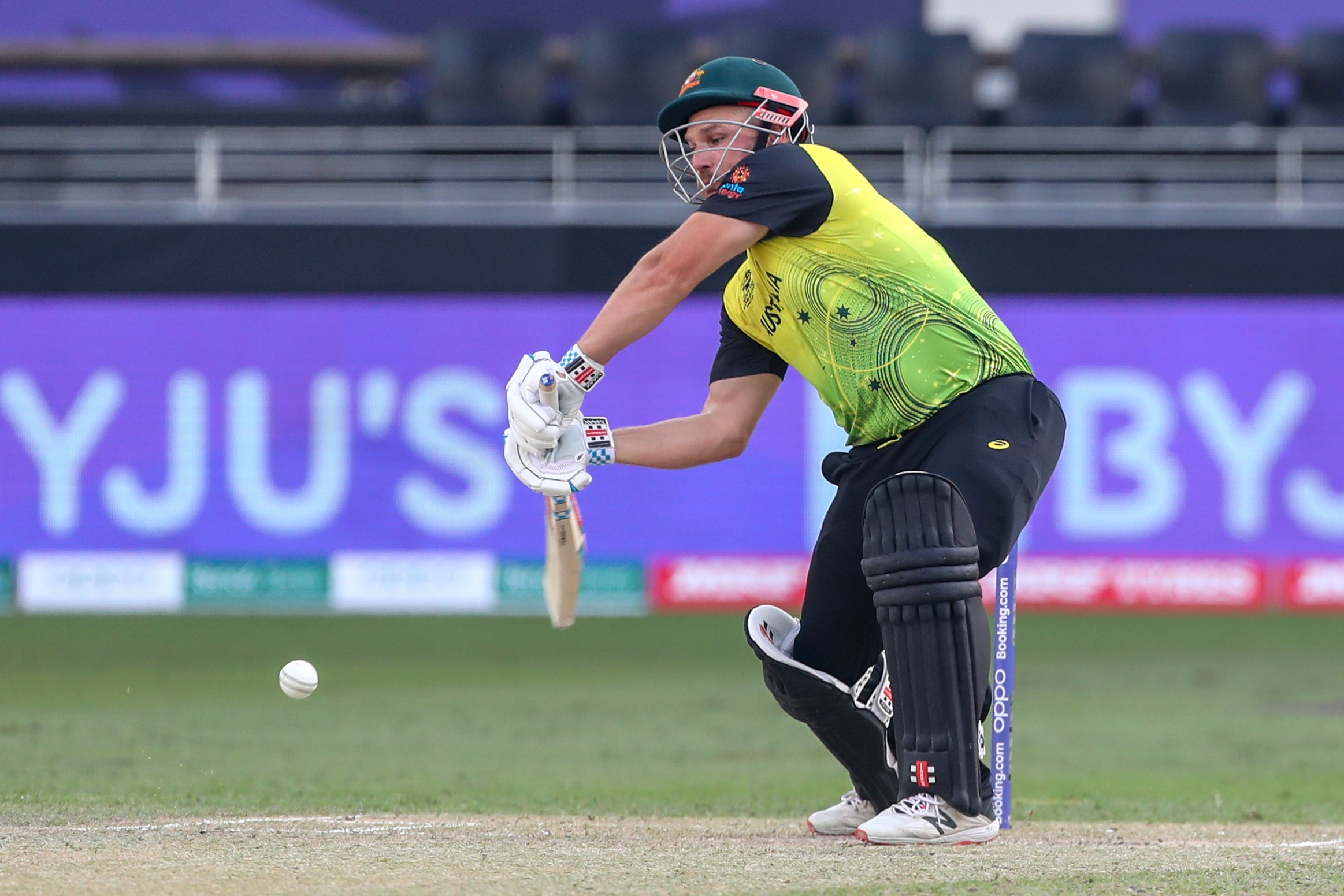 If anything, those who were burned by over-thinking only have themselves to blame. What we have is a new tab to open up in the Excel sheet with the heading “weak leadership”. “If we get seduced into looking purely at match-ups,” said Finch before the semi-final with in-tournament favourites Pakistan, “then you probably go away from your own strengths quite a bit.” And when it’s all said and done, few can argue Australia stuck to their strengths better than everyone else.

On the day, New Zealand were nervous, Australia were calm. Next year, they will go into a home T20 World Cup as the holders and, thus, probably one of the inadvertent favourites. But, heck, Australia are World Champions and, well, that’s all that matters.

Langer the pragmatist the right fit for Australia 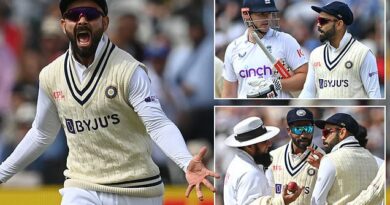