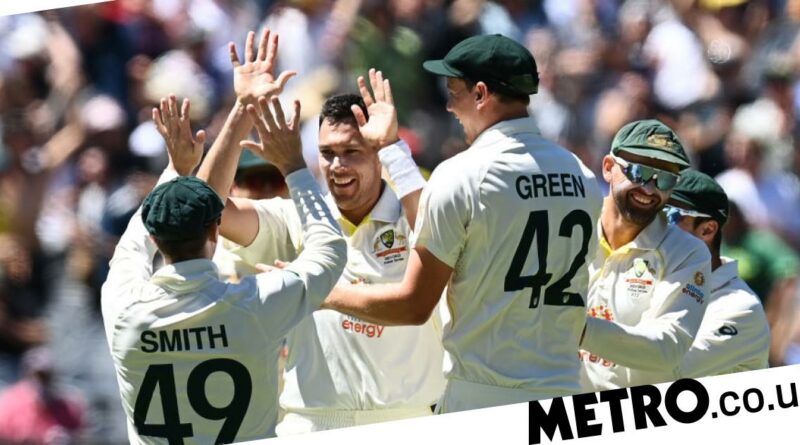 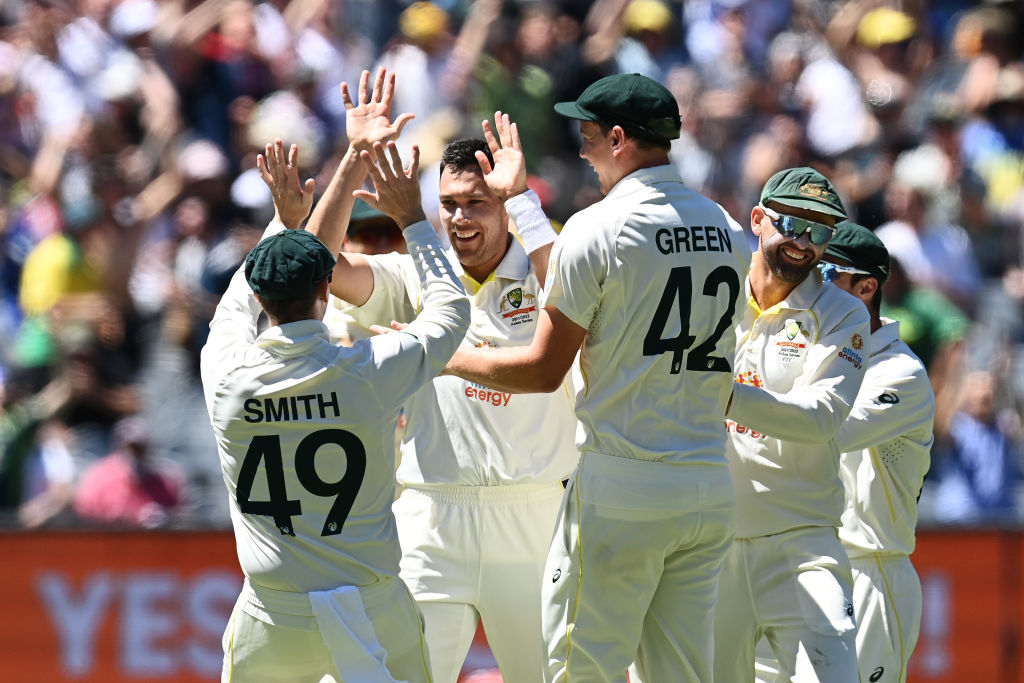 Australia have retained the Ashes after England slumped to a humiliating defeat by an innings and 14 runs on the third morning of the third Test in Melbourne.

The tourists began the day 31/4 and retained some hope of overhauling Australia’s modest first innings score of 267 and at least setting their hosts a target.

Instead, England were blown away by Test debutant Scott Boland who finished with scarcely comprehensible figures of six wickets for seven runs in just four overs.

The crestfallen England skipper could take scant consolation from an incredible year of personal achievement with the bat, during which he amassed 1,708 runs, and struggled to hide his disappointment.

‘We’ve been playing in these times for a while now, all you can do is try and front up,’ he said. ‘Credit to Australia they blew us away.

‘A lot of hard work to do. [Covid] It’s not ideal, I though the way we went about our cricket on the field was excellent.

‘We put them under pressure and were very much in the Test match. We’ve got to do things for longer, been small pockets but nowhere near long enough.

‘We know the areas we need to improve on. We have to stay strong and look at the next two games to take something from the tour.’

For Root’s counterpart, Pat Cummins, meanwhile, who only took on the captaincy at short-notice following Tim Paine’s decision to stand down on the eve of the series, the emotions could not have been more contrasting.

He said: ‘It’s pretty insane…an awesome few weeks, so proud of the group. Everything has clicked. So happy for Scotty in front of his home crowd. I think we’ve been relentless.

‘The bowlers have owned that good area. Some big partnerships, they have earned the right to bat long. They’ve been really brave and taken on the game. Michael Neser, really disappointed he didn’t get the chance, but a great sign of the strength of Australian cricket.

‘We were really confident Scotty would do a great job. Maybe not 6 for 7! Any Ashes series is when you try and make a mark on your Test career. Last series was 4-0, one before that was 5-0, so a chance to start cementing our identity.’