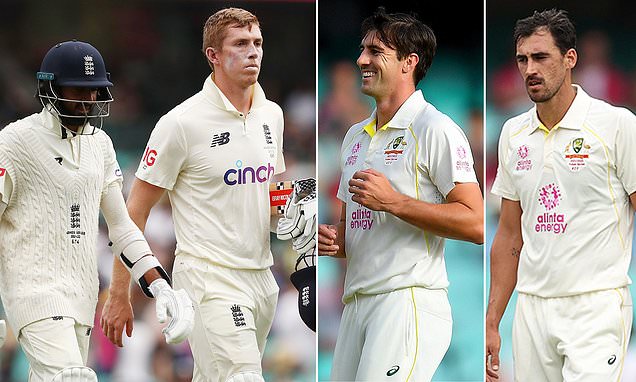 Australia will look to drive home the advantage they claimed on day two when they get going on the third day of the Sydney Ashes Test match.

Usman Khawaja’s ninth Test century helped the hosts post 416 for eight before Pat Cummins decided to declare their first innings at the SCG.

Haseeb Hameed and Zak Crawley survived a tricky period at the end of the day but England still trail the hosts – who already have an unassailable 3-0 series lead – by 403 runs.

Here’s a nice moment for England. Stuart Broad’s name is on the Sydney Cricket Ground honours board after his five-for yesterday.

The seamer is the first England bowler on that board since Ben Stokes in 2013-14. Only eight Englishmen have made that list in the past 42 years.

Here’s Justin Langer speaking ahead of day three: We’re in another strong position. The wicket seems to have a bit of life in it. It looks like batting paradise but then one gets through. Disappointed about the wicket last night to a no-ball but fingers crossed the rain stops so we can get to Ashes cricket.

On that no-ball: I just don’t get it! We’ve been lucky, we’ve been on the other side in this Ashes series. it hurts the bowler more than anything else, it would have been nice to be one down overnight.

On Khawaja century: It was magnificent 100 yesterday. The senior players are stepping up. He’s so easy on the eye and I love watching him bat.

On England: It’s been a lot closer than we think. What I’ve learned is catches win matches. It changes the game. England are a very good cricket team, but we’ve been able to counter it a bit better. Our batters have countered it a bit better and as a coach I’m delighted. 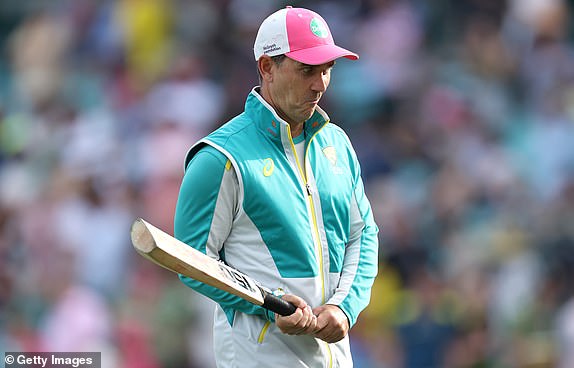 A lot of criticism was directed at England’s spinners yesterday, with Joe Root, Jack Leach and Dawid Malan bowling 35 overs to the tune of 140 runs and just two maidens.

Sportsmail columnist NASSER HUSSAIN questions why Nathan Lyon gives Australia so much control with his spin, but the visitors can barely land a glove on the hosts.

Read his thoughts after yesterday’s play below…

It’s still raining at the SCG so still no news about a pitch inspection. The rain is meant to subside but it may take about an hour for play to really get going. 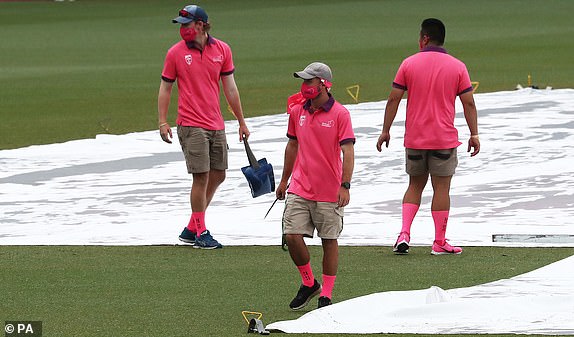 Ok, enough of the gloom. Surely Stuart Broad has some positive words to say after his five-for yesterday?

Broad picked up the 19th five-wicket haul of his Test career yesterday, showing it may have been a mistake to leave him out of two Tests earlier in the series and had some choice words about his team-mates’ issues at the crease Down Under….

Here’s a statistic that England won’t like to wake up to this morning. England have dropped to the bottom of the World Test Championship standings after results did not go their way this week.

South Africa’s seven-wicket win over India, coupled with a shock away victory for Bangladesh over reigning Test champions New Zealand earlier in the week, saw Joe Root’s team fall to ninth out of nine in the ICC standings.

There will be a pitch inspection at around 10am Sydney time (11pm UK time), which is in around 15 minutes.

The weather is improving in Sydney so there should be plenty of play today. 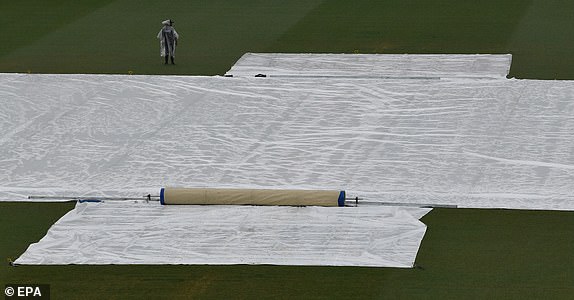 The bad news this morning is that the covers are on as it’s raining in Sydney. We’ll keep you posted about when we’ll get under way as soon as we have it.

On a lighter note, it’s Ladies Day in this fourth Test, which is also known as Jane McGrath Day.

Everybody is in pink in Sydney so far to raise awareness for breast cancer for Jane – wife of Australian cricket legend Glenn – who suffered from breast cancer and passed away in June 2008. 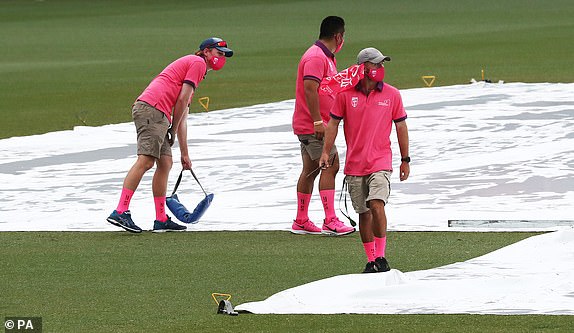 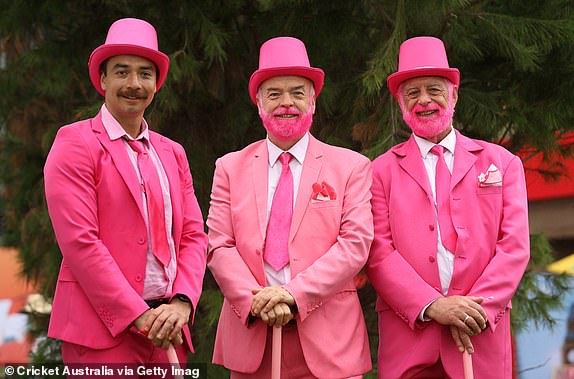 It was a difficult day for England on day two, as Usman Khawaja hit his ninth Test century to take their first innings total past 400 and into a commanding position. 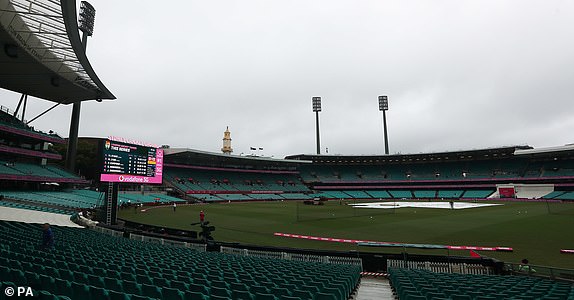 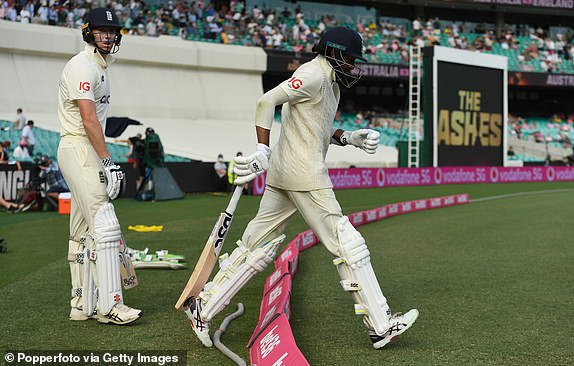