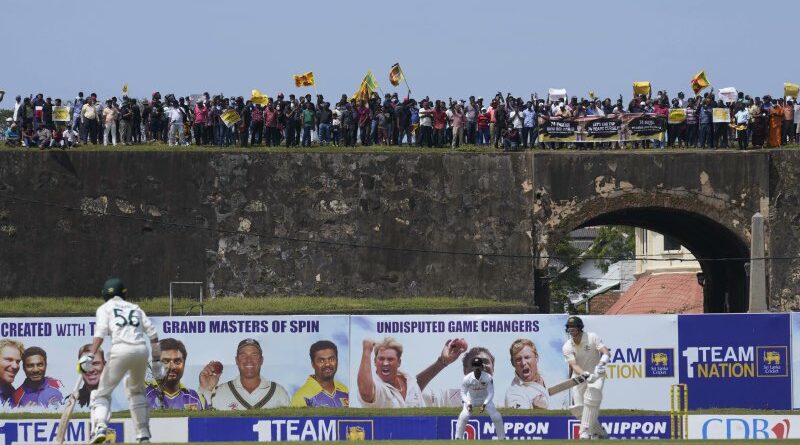 By venturing to Pakistan for the first time in 24 years, and then persisting with the multi-format trip to Sri Lanka amid the country’s worst economic crisis in living memory, Australia’s cricketers and administrators achieved something that went beyond wins and losses. 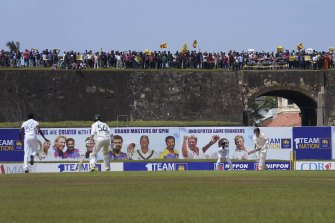 Steve Smith bats while protesters converge atop the Dutch fort behind Galle stadium.Credit:AP

Married to the vastly improved way in which the players now conduct themselves on the field – in particular the removal of tactical abuse and intimidation of opponents – the national men’s team and the Cricket Australia hierarchy are slowly rebuilding their international reputations.

For Sri Lanka Cricket, the abandonment of this trip would have been an unmitigated disaster in terms of broadcast agreements and cash reserves – much as the last-minute cancellation of the 2021 tour to South Africa had been for CSA.

As it was, the Sri Lankan board was able to bank revenue to the tune of $US2 million from the tour, largely drawn from the well-attended limited overs portion of the trip, a precious windfall when so little foreign currency is getting into the nation.

At the executive and board level, CA’s chief executive Nick Hockley and chair Lachlan Henderson can expect a warmer reception than some of their predecessors at the ICC’s annual meeting in Birmingham, simply because they have overseen the governing body’s fulfilment of these tours.

That sort of goodwill should help at a time when the game’s global calendar is being drawn up, and CA have already committed to carving out the January portion of the calendar to be free for all Australian players to be available in the Big Bash League.

On the players’ side, the tour will carry unforgettable memories of cricket in the time of revolution. Particularly they will recall the noisy and febrile second day of the second Test as protesters marched around Galle International Stadium, occupied the ramparts of the old Dutch fort and then reconvened for an extended rally on the other side of the ground.

In their parting thoughts, several of the players committed to returning to Sri Lanka with their families for holidays, as part of the tourism market that desperately needs rejuvenation. For the captain, Pat Cummins, the trip only added to his sense of curiosity about the world.

“We spent two years basically stuck at home during COVID and our last two tours had been to Pakistan where we hadn’t toured for 20-odd years, and now Sri Lanka in the middle of a country in crisis,” he said. “We’ve got protests round the ground, it really hits home how lucky we are to be travelling the world but also in some ways it’s more than just being here to play cricket, you can see the impact it can have.

“We got lots of messages from back home, just saying ‘how is it, hope you’re OK’ and we felt totally fine. But you could hear when it changed from protests into a party. Talking to some of the staff around the hotel and a couple of the drivers, they’re doing it really tough, one day eating, one day off eating to try to feed their kids. It’s really tough.”

Tougher, certainly, than an innings defeat. In a broader sense, the completion of the tour will ultimately mean far more than individual match results.

Cricket still ‘in a lot of denial’ over racism, Azeem Rafiq claims 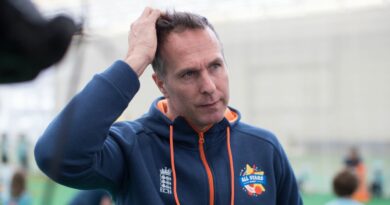