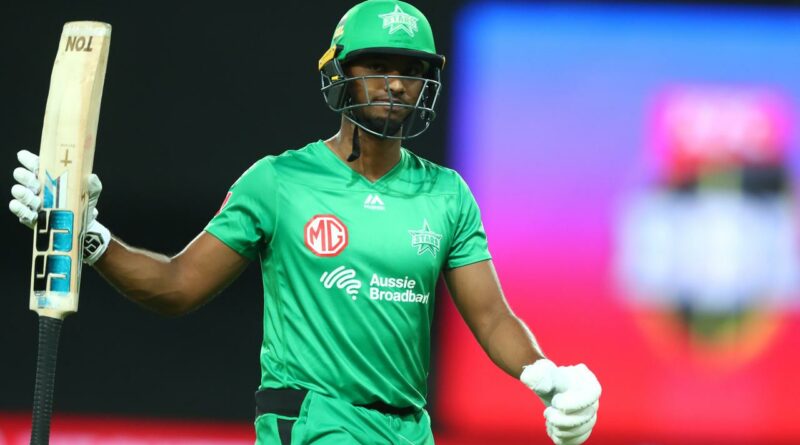 English allrounder Lewis Gregory says cricket franchises around the world will be lining up to sign Nicholas Pooran after the West Indies star enhanced his already-stellar T20 reputation in a Big Bash League cameo.

Pooran played the last of his five matches for the Melbourne Stars on the Gold Coast on Thursday night but left a lasting impression on teammates and opponents.

The wicketkeeper-batsman lasted just five balls in the Stars’ 18-run loss to the Brisbane Heat at Metricon Stadium but almost turned the game, belting two sixes and a four from the first three deliveries he faced.

Nicholas Pooran has made quite an impression on the BBL.Source:Getty Images

The 25-year-old’s clean hitting has been a feature of his BBL campaign, with his 65 from 26 balls on Boxing Day one of the best innings of the tournament.

Gregory took a stunning diving catch on the boundary to dismiss Pooran on Thursday night and was relieved to see him go having seen first-hand on the international stage the speed at which he can dismantle an opposition bowling attack.

“I think there’ll be a few people queuing up to sign him around the world,” Gregory said.

“He’s done it for a long time now, it’s nothing new, but he’s a special talent and the way he came out and struck the ball over the rope straight away, there’s not many people in the world that can hit a ball that clean and do it from the world go.

“It was pretty nice to see the back of him relatively quickly because you know if he bats for 20 balls he can take the game away from you.”

Pooran, who has opted out of the West Indies’ ODI tournament in Bangladesh this month, has made a huge impression on his Stars teammates, who hope he will return to the franchise.

Nicholas Pooran and Glenn Maxwell formed quite a combination.Source:Getty Images

Stars batsman Nick Larkin, whose 35 not out from 16 deliveries on Thursday night forced a rain-shortened match into the final over, said every Stars player would have to lift to compensate for Pooran’s loss.

“You can’t replace guys like that, everyone just has to pull their socks up 10 per cent and find a way to net replace him,” Larkin said.

“He’s been awesome to have around because you get a glimpse of what the x-factor players look like and he’s truly one of those guys.

“We’re just gobsmacked at what he’s capable of. It was awesome to have him around and fingers crossed he comes back another year because he’s a really lovely guy and he’s a super cricketer.”

The Hundred prize money to be split equally between male and female players, confirm ECB

NASSER HUSSAIN: England were let down by abject decision making