Ben Stokes has been put on standby to lead England's Test team for the first time after skipper Joe Root confirmed he would be at the birth of his child even if it meant missing a match.

Root is expecting his second child in 'early July' which he hopes will not clash with the confirmed start date of July 8 for the first Test against the West Indies at the Ageas Bowl.

But if there are any complications over Root stepping in and out and then back into the bio-secure bubble being created at the ground, then vice-captain Stokes will walk out for the toss and complete his return to the top of the game by taking temporary charge.

“I think if Ben was captain he would be fantastic,” said Root.

“One of his great qualities as vice-captain and as a leader is he sets the example.

“He drags people with him and gets the best out of the players around him. I could see him doing a very good job.

“The start of July is the due date, so that complicates things slightly. In terms of the bubble, and the pregnancy, it's always an evolving thing.”

That would see Stokes break the mould by becoming a successful all rounder and England captain.

With his side on the way up Root will remain captain for some time yet.

But he has got such faith in his talisman and vice-captain that he reckons Stokes could do something other great England fast bowling all rounders struggled with.

The trio of Tony Greig, Sir Ian Botham and Andrew Flintoff were the dominant all round cricketers of their era producing match-winning performances for many a skipper.

But when they took the reins themselves across 37 Tests, England were victorious just five times, and only Greig managed to win a series, against India in 1976-77.

“Ben drags players with him,” said Root. “I think that's a great quality to have as a leader and something he can take into captaincy if he was to get the opportunity.

“The way he goes about his training, how he wants to bowl in difficult circumstances, the way he stands up in different scenarios with the bat. I think those qualities will serve him well.

“People will always look up to him and want to play for him, whether captain or not.

"But especially as captain he'll have people wanting to play for him and short-term he'd be a huge success.

“Until you get the opportunity to do it longer, you just never know, he might be a huge success, I wouldn't put it past him, throughout his career he's always responded well.

“Over time it does take a lot out of you but he's a very impressive player and man in our dressing room. I'd never say Ben Stokes can't do anything, he's pretty much proved that over the years.”

Stokes certainly proved his worth last summer in guiding England to a maiden 50-over men's World Cup win before he shone even brighter in the Ashes series that followed. Many described 2019 as the summer of Stokes' redemption, and it was, but were he to lead England out in a Test match, it would complete a stunning turnaround for him from a dark night in Bristol to the sunlit uplands of international captaincy.

Turning 29 on Thursday, Stokes has no designs on doing the job, instead loving the role as Root's No.2, but if the moment came and he was asked to step up, he would do so in his own understated way.

“If that is the case and I get asked to do the job and lead England then obviously I've got to be ready for it,” said the Mirror Sport columnist.

“I'm not really thinking that it will come to that but if it does I'll adjust to it.

“There won't be too much pre-thought going into it, I'll just have to jump over that hurdle if it presents itself and give it my best.”

Ashes 2019: England’s Jofra Archer says Australia will not wear him down at Lord’s 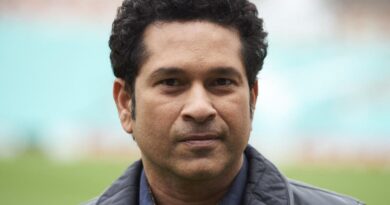 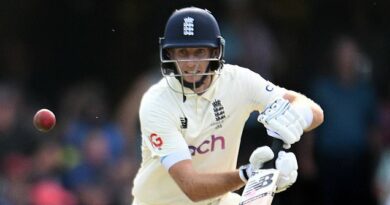