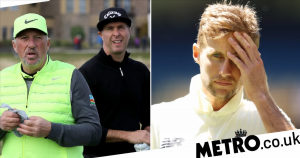 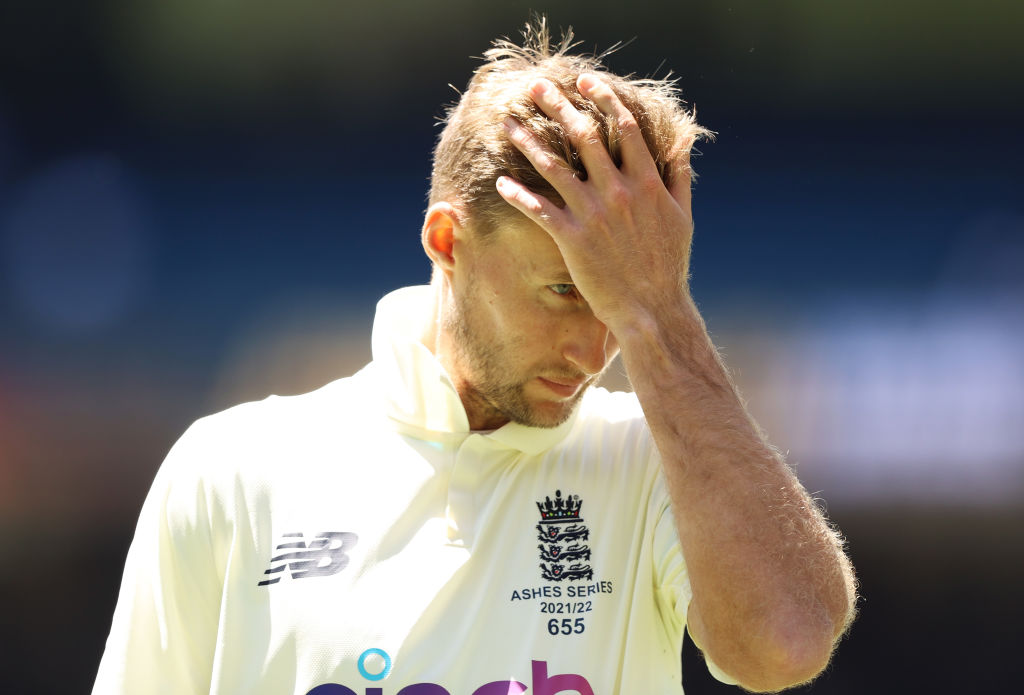 Ian Botham said he felt ’embarrassed’ after England crumbled on day three of the third Test to surrender the Ashes to Australia, with the tourists staring down the barrel of another whitewash Down Under.

Already trailing 2-0 in the series after back-to-back defeats in Brisbane and Adelaide, England were thumped by an innings and 14 runsat a raucous MCG as Australia debutant and home favourite Scott Boland stole the show with stunning figures of 6-7.

The last five wickets fell in the space of just 30 balls as Joe Root and Co were bowled out for 68, the lowest total posted by an England side in Australia in 116 years.

Meanwhile, the hosts’ score of 267 was the lowest total to win by an innings since as far back as 1986 and the second lowest effort in Ashes history.

The result ensured Australia retained the urn just 12 days into the action, with Pat Cummins’ captaincy getting off to a dream start in his opening series as skipper.

‘To lose the Ashes in 12 days … I just think that England have lost their way. The performance today summed it up.

‘You’ve got enough time to get a couple of players in from the Lions tour because we need to freshen it up, at the moment it’s stagnating.’

Botham fears for cricket sales in England after such a humiliating loss and urged the selectors to ‘experiment with a couple of players’ for the final two Tests of the series.

‘It’s been a walk in the park for the Australians. It burns me to say that but they have completely outplayed England,’ he added.

‘Three or four of the England players can say “I gave it a go” … I think people at home will be worried. It won’t do a great deal for ticket sales for the summer.

‘They will be saying now: “Ok, you’ve gone there, it’s been disastrous. You have a period of time now to sort this out”.

‘If you want do experiment with a couple of players, the series has gone, you might as well blood them. There’s a long way to go for England before they are competitive against this Australian team.’

Michael Vaughan, speaking on Fox Cricket, claimed England’s Test team had ‘taken their eye off the ball’ and had failed to deliver for ‘quite a while’.

‘England – they’ve got some big problems. That was embarrassing,’ the ex-England captain said.

‘They’re a group of players that pride themselves on competing and they’ve just not managed to find any kind of consistency or skill.

‘This Test match team for quite a while has not been good enough.

‘They’ve not been focused enough on the Test match team, the focus has been on the white ball team and it delivered a World Cup, but we’re not a good enough cricketing nation to take our eye off the ball of Test match cricket.

‘We can’t just arrive and play. I would say that with the group I’m seeing and the way they’re playing, if they don’t beat England in 2023 I’d be amazed.’

The fourth Test between Australia and England is due to begin at Sydney Cricket Ground on 4 January. 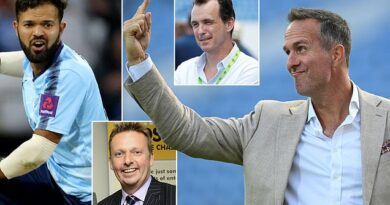 Yorkshire, Michael Vaughan and the ECB have made an unholy mess

England to groom emerging pacemen by taking them on 'secondment'