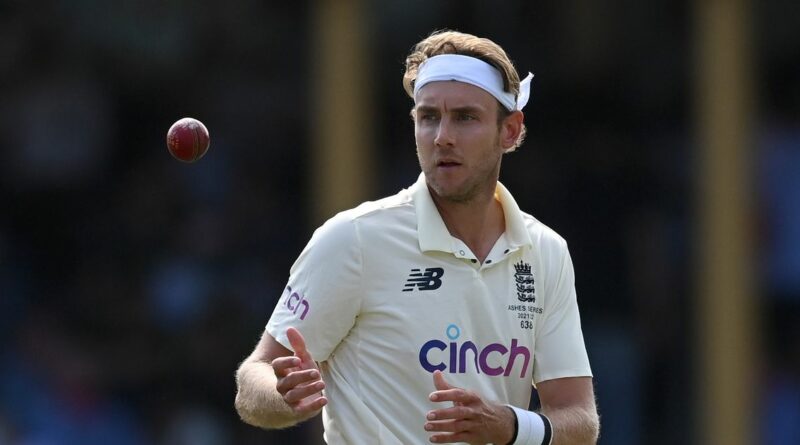 Stuart Broad showed there is plenty of life in the old dog yet by reminding everyone just how much Ashes cricket means to him.

Broad picked up his 8th Ashes five wicket haul and his 19th overall when he dismissed Usman Khawaja for a brilliant 137 at the SCG.

Both men are 35-years-old and both have played only bit parts in this series so far, but they stole the show to show just what Test match champions are made of.

And in the case of Broad, he delivered at just the right time when others have started to doubt him and when his Test future is under threat.

But once again he showed why England should leave him out at their peril with a performance full of class and character, not to mention venom in Sydney when he got rid of Aussie skipper Pat Cummins with a snorter.

And Broad revealed that it is the inspiration of James Anderson who finished the Aussie innings with 1-54 from a whopping 30 overs that is helping to keep him going.

Anderson has four years on Broad and is still delivering, so the Nottinghamshire man reckons he should still be at the heart of England’s attack as long as he is doing the same as he did here.

“We know how much it means to players when they get hundreds, or take wickets in a Test match,” said Broad. “There's no better feeling than to do it in Ashes cricket.

“It means the world to me so I enjoy playing against Australia. I always find them a really tough battle. That's why I play sport – for the competitive side of it.

“I've still got a burning desire to play the sport. Nothing else can bring you the satisfaction, the pain, the highs and the lows. They are quite addictive.

“Jimmy has been an inspiration for me. I see how much drive he's still got at 39. How much energy he puts into not just the match days but the training and the skill development.

Broad was speaking ahead of England’s next chance to perform with the bat in the first innings of a Test match, and performances thus far have clearly frustrated him.

The way Khawaja was able to put on partnerships with Steve Smith who made 67, Cummins and Mitchell Starc was the key to Australia’s success in reaching 416-8 and that is one area where England have gone wrong too often.

“You can dissect loads on this trip but actually first innings runs is where you live in Test cricket,” he added. “We’ve failed to deliver that.

“When you ask what might have been? Honestly, it doesn’t matter what bowlers you play if you get bowled out for 140. That might be a bit brutal but that’s the truth in Test cricket.”

If Broad was the star turn with the ball, then spare a thought for poor Jack Leach who teased an edge from Khawaja when he had made just 28, only to see yet another chance grassed by Root at slip, via Jos Buttler’s glove.

Leach and Mark Wood deserved far more than the one wicket between them, especially with Ben Stokes leaving the field with a side injury that is yet to be fully assessed.

70% of counties could go bust if Hundred payments are halted