Home » Сricket » BUMBLE ON THE TEST: Rob Key's England hiring has been a masterstroke

BUMBLE ON THE TEST: Rob Key’s hiring as England director of cricket has proven a masterstroke in their exciting Test renaissance, while India were hamstrung by not having a quality spinner after omitting Ravichandran Ashwin

Joe Root and Jonny Bairstow hit twin centuries as England’s revitalised Test side roared into the history books, breezing a record chase of 378 to floor India at Edgbaston and level a delayed series at 2-2 to end it.

England completed a staggering seven-wicket success in the fifth Test as their Yorkshire run machines ran riot with an undefeated stand of 269.

Sportsmail’s DAVID LLOYD picks out his talking points from the fifth and final day of action at Edgbaston. 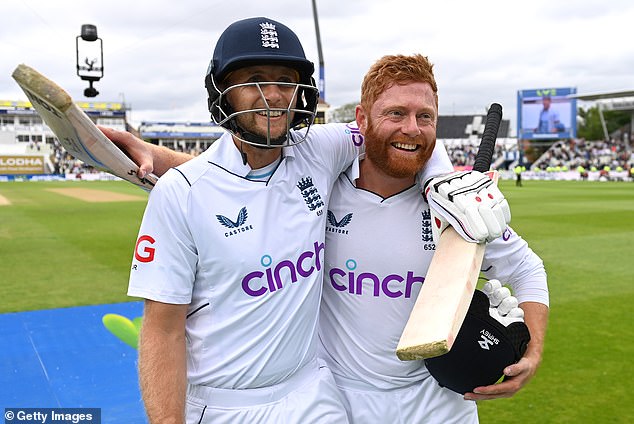 It’s quite astonishing what we’re witnessing. Test grounds are throwing their gates open on the fifth day, and each time England just knock off the runs!

Then you have that stroke played by Joe Root off Shardul Thakur. As if in slow motion, he went square on to the bowler and helped him over slip for six.

What on earth is going off out there?

I think it all goes back to the appointment of Rob Key as England’s director of cricket. No one’s heard a peep from him since. I’m one of his best mates, and I’ve not heard a dickie bird either.

He’s appointed Brendon McCullum and Ben Stokes – and disappeared into the sunset! I know he’ll be worried about his putting stroke. But it’s pretty obvious he won’t be worried about anything else. 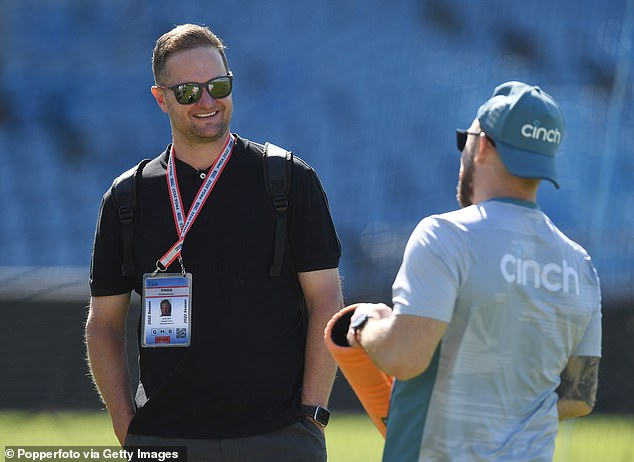 Yorkshire folk have a real spring in their step at the moment. I can hear them now: ‘Aye, when Yorkshire’s strong, England’s strong always bin the same, lad. Wilfred, Herbert, Leonard, Fred, Geoffrey – where would England be without em, lad? Now we’ve got Jonathan and Joseph. What about you lot fra over t’hill?’ Help! 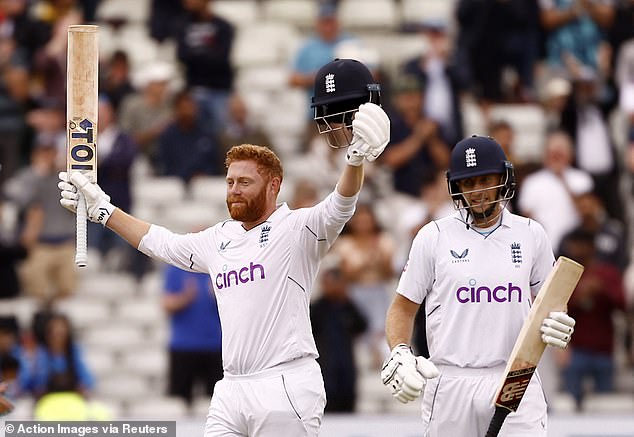 I thought the on-field scenes at the conclusion of the game were glorious, with India’s players warmly congratulating Root and Jonny Bairstow and recognising the epic job they had done.

Special mention for Virat Kohli, who is the proudest and most combative India cricketer, and at times plays the pantomime villain, but who had a special word to both players. I like that.

Having said that about Kohli, I do sometimes wonder where the line is and who draws it. Sportsmanship, banter, gamesmanship, boorish behaviour, insults, abuse – we saw everything on the fourth day.

Of course, cricket is a non-contact sport and the trader is safe in the knowledge that he or she can’t get hurt. But if a player feels the need to engage another, my advice is to take up cage fighting and have a proper go. Let’s see what you’re really made of. 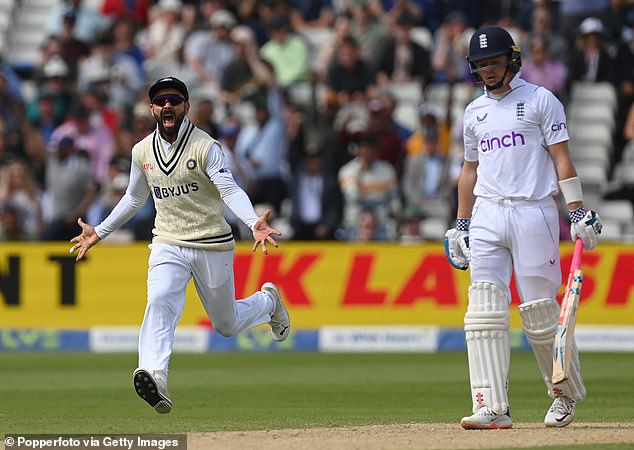 When Ollie Pope was removed for a three-ball duck, Kohli could barely control himself

INDIA SPUN THEMSELVES INTO A WEB

I never thought I would ever say it, but India were hamstrung by not having a quality spinner. They opted for a longer batting line-up by including Ravindra Jadeja.

As a spinner in England, he tends to bowl too flat and too quick. Loop drift and spin brings dividends. Ravichandran Ashwin has it, but India played safe – to their cost. 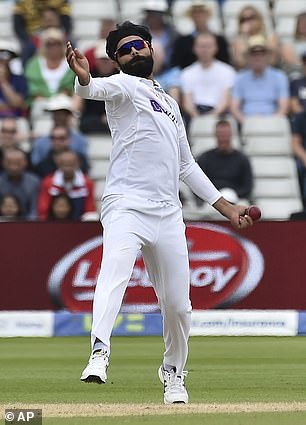 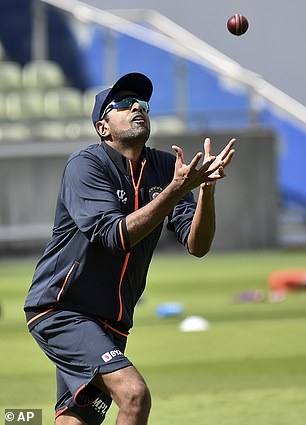 I mentioned on Monday how I got into a pickle with the Tyne Tunnel. Well, that’s not the end of my travails. I’ve also become confused with some online bidding at the auction centre. I am informed that I am in the lead for three sheep and a llama. All I wanted was six bush roses and a pear tree. More help needed! Dame Judy Dench, Steve McLaren, Arctic Monkeys – any chance?

World is wrong about David Warner