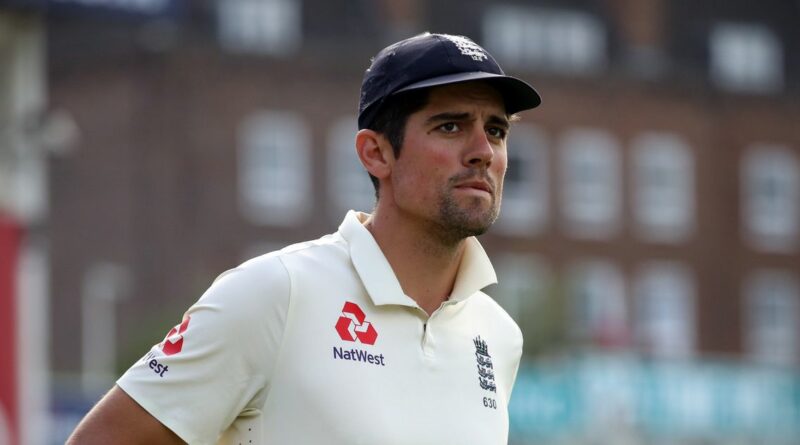 This year, England have been bowled out for under 200 13 times across 12 Tests, lost the joint-most Tests ever in a calendar year (nine) and suffered a record-equalling 54 ducks.

Captain Joe Root has stood alone with the bat, amassing an impressive 1,708 runs, but no other player has averaged over 35.

Their struggles culminated in an Ashes humiliation which has seen Australia retain the urn inside 12 days.

Cook, who is England's leading Test run scorer and still plays county cricket for Essex, has been critical of the way the County Championship has been run.

In a column for the Times, Cook highlighted the schedule and the results-driven nature of the competition as reasons behind the decline in England's Test match batting.

He wrote: "The first question to ask is: are we picking the best players? There has been too much chopping and changing in selection, which I will come to, but I am certain there is no one left behind or with the Lions party in Australia who would significantly improve our top order right now.

"County cricket then is not producing the goods and it comes down to the neglect of red-ball cricket.

"I have been playing the County Championship full-time since 2019 and must have played the majority of my matches in April, May and September.

"You don’t need to have a meteorological degree to know that the climate during those months seldom produce conditions conducive to batsmen being able to build an innings.

"What we want are tracks on which the ball bounces evenly, with enough pace for the edges to carry and shot-making is possible — a bit in it for both batsmen and bowlers.

"Because of the time of year when red-ball matches take place, most wickets that are played on now, however, are left with a green tinge of live grass to aid the carry.

"The result is that they nip all over. Without the live grass they die very quickly and become low and slow wickets, making runscoring and wicket-taking hard."

Cook also highlighted changes in the style of bowling players face in the County Championship as another issue.

"Increasingly, bowling straight has become the preferred line, with county bowlers reliant on the wobble seam as they are rewarded for nipping the ball in on seaming wickets," he added.

"Batsmen have responded by trying to get outside the line of off stump to avoid being trapped in front.

"The result, however, as we have seen in Australia, is that when they do face an attack — like that of the home side — which targets fourth and fifth stump and has the ability to move it away or extract bounce, they are prone to playing at balls they don’t have to. And, down under, the edges nearly always carry.

"Against that backdrop and with more points being offered in the championship for an outright win, the art of batting time is dying."