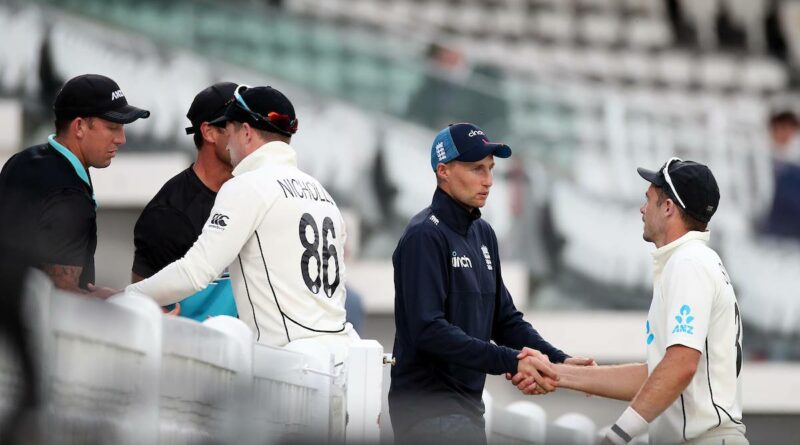 Former England captain Michael Atherton has questioned his team’s reluctance to risk defeat in search of a victory in the rain-curtailed first cricket test against New Zealand – describing the decision not to chase a modest victory target set by Kane Williamson’s declaration as “an admission of inadequacy”.

Atherton, who played 115 tests between 1989 and 2001, also warned the home side that Williamson’s men are bristling with confidence ahead of the series decider at Edgbaston, starting tomorrow.

In a column for the Times of London, Atherton lambasted England’s unwillingness to pursue the 273 runs for victory, after the Black Caps’ second-innings declaration at 169-6.

Requiring a run rate of only 3.6 to the over, the home side instead scored only 33 runs in the first 17 overs – effectively ending any hopes of a thrilling finish to the match.

“The opening test… finally ground to a halt … despite New Zealand’s efforts throughout the day to force a victory and encourage a contest. It takes two to tango, but England were never interested, sadly, in joining the dance,” Atherton said.

“Kane Williamson declared rather than closed the innings and laid down the gauntlet. It was, by any measure, a reasonable offer, given that his team had gained a substantial first-innings lead of 103, and only a day lost to rain allowed England a foothold in the game. Sadly, it was a gauntlet with which Joe Root’s team showed no intention of running.”

According to Atherton, Williamson’s declaration “did not get the game it deserved”.

“Supporters would have yearned to see England giving it a go, and would not, in the circumstances of the day, bothered about flirting with defeat in search of victory. Instead, the approach was an admission of inadequacy, showing a lack of confidence in the youthful batting line-up.

Given that it took New Zealand almost half a century to win their first test in England, once upon a time the visitors might not have had the self-confidence to make the running, but from the way Tom Latham sprinted his early runs, to [Ross] Taylor’s expansive heaves at the start of his innings, it was clear that this New Zealand team have a lot more self-confidence and ambition than some of their predecessors.”

Atherton was not alone in his criticism of the English, with the Telegraph’s Simon Heffer accusing the home side of being “too scared to play the game as it was intended”.

“Had a day’s play not been washed out I suspect England would have struggled even to draw. It is hard to imagine them surviving had New Zealand had another half a day to bat, and another half day to bowl England out,” Heffer wrote.

“But other considerations forced England into a timidity where they were too scared to play the game as it was intended, and thus cricket itself was the loser. “

On Monday, Black Caps coach Gary Stead expressed his disappointment in the result.
“We tried really hard to create an opportunity for us to win the match. The batsmen were selfless and went out there trying to give us a chance to make a declaration,” Stead said.

“I thought the declaration we gave was a very fair one. It kept all three opportunities in the match. In trying to create a match, sometimes you have to do that.” 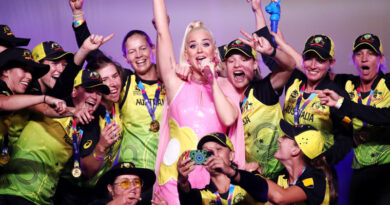 Cricket year in review: Bubbles, troubles and a momentous night for women’s sport