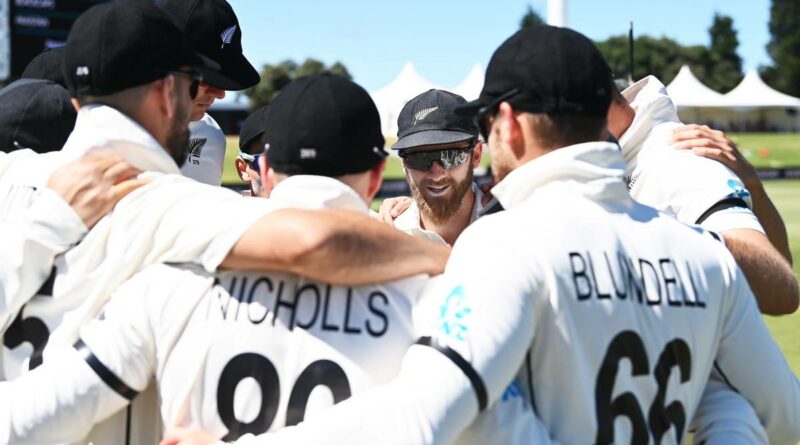 OK, might as well start with the million-dollar question.

You’d be brave to back anything other than a New Zealand win in the test. There are no guarantees, cricket is a funny old game, weather may play a factor and blah, blah, blah… but this is a very good team playing very good cricket in conditions they know and enjoy.

For Pakistan to have their best shot they need to win the toss and roll New Zealand on a green-top. With their bowling attack they have a decent chance of doing that, but it is worth remembering that a combination of Kane Williamson and Tom Latham has lost all three test tosses this summer, they’ve been inserted on pitches ranging from emerald to jade and have found a way to post big totals.

For argument’s sake, let’s say New Zealand win and confirm their No 1 spot in the world test rankings. It helps their WTC final chances but is a long way from ensuring it.

Australia are in the box seat, so it would help New Zealand if they beat India in their four-test series (which stands at 1-1 after two). If that happened, India would need to comprehensively defeat England in their upcoming four-test series at home.

England, too, harbour an outside chance if they succeed first in Sri Lanka and then, more improbably, India.

So the short answer to a tough question is win the game and see where the chips fall.

2. How do New Zealand compensate for the absence of Neil Wagner?

In some ways you cannot. Wagner’s skill set is almost unique in that he keeps pressure on when the conditions are at their most unfavourable for fast bowling. While heart and muscle are a big part of what he does, his skills never get enough credit. He hits that length between a bouncer and a comfortable back foot defence with unerring accuracy and does so from a variety of angles.

That option is gone, which leaves the brains trust of Kane Williamson and Gary Stead with three realistic options: play Daryl Mitchell as the fourth seamer, play Matt Henry in that role, or play them both and leave out Mitchell Santner.

It is hard to see them going with the latter, even though Santner’s late, dramatic interventions masked a so-so test with the ball. He’s seen as a guy who can make things happen and four days of forecast fine weather could see the wicket “age” and be more receptive to spin later in the week.

Playing Mitchell ahead of Henry would deepen the batting, but question marks remain as to whether he offers enough with the ball to be considered a fourth seamer. Colin de Grandhomme has had success here in the past, however, so he might be seen as a useful like-for-like replacement if he can wobble the ball around and hit the seam.

Henry is clearly the more accomplished first-class, red-ball bowler and he is in familiar surrounds, but not only does he lengthen the tail, he has found wickets hard to come by in tests. Twelve tests over more than five years is not an insignificant sample size and 30 wickets at an average of 50.2 is an unflattering return.

3. What mountains are left for Kane Williamson to climb?

Solo climbs have never been something that Williamson has been interested in. A peak is only worth scaling if it is tethered to 10 teammates.

The rest of us don’t work like that though, so we find imaginary sources of motivation for the country’s finest player. So here’s one: Williamson has never scored a century at picturesque Hagley Oval. He’s had 13 bats here now and 97 against Australia remains his best.

His average of 28 is anaemic by his standards, too. His last test here mustered eight runs across two innings, so you could argue he owes his loyal fans in Christchurch a decent knock.

Williamson was asked to reflect on his and his team’s status now as he ended 2020 as officially the best test batsman in the world, and his team is one result from being crowned No 1 team in the world.

This sort of question is usually anathema to the 30-year-old, who tends to deflect like it was a short ball outside off stump that he can glide to the third-man boundary. There’s a lightness about Williamson at the moment, however, and that was reflected in an wide-ranging answer that came as close to introspection that you’re likely to get from him.

“When you start out as a young player you want to find your feet and get an understanding of the group you’re in. I think anybody that gets the opportunity to play one test for their country… wearing that [cap] is such an amazing thing and one you never assume [you’ll get],” Williamson said.

“To fast forward over a number of years, the focus changes. That first test to being involved in a fairly consistent group over such a number of years and trying to be a part of moving that team forward, yeah, it’s a different focus.

“It’s a really enjoyable challenge to be involved in.”

Williamson paid tribute to the core group of guys that have been a consistent part of the squad for a number of years, but said there was plenty more work to do before they could stop and look back proudly – “pride is a funny word,” he said, coyly – and what they have achieved.

“That observation is not something that stands still. It’s ever-moving. You’re always trying to improve as a group.”