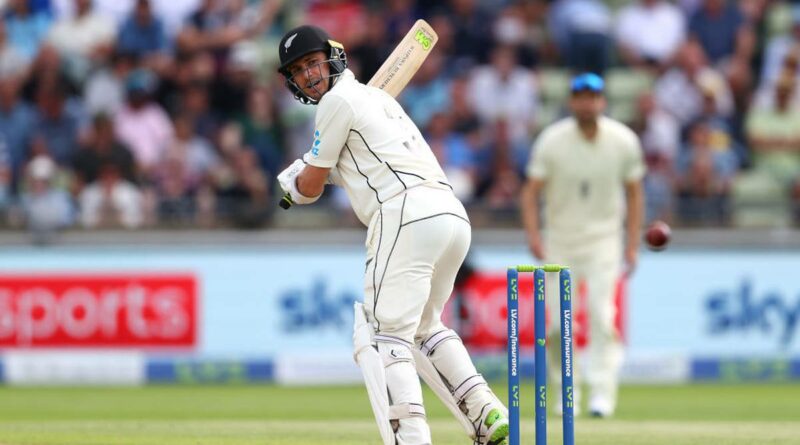 There is a reasonable argument Will Young should be playing against India in the World Test Championship final.

That argument should not be based on his 82 on the second day of the second test against England.

Young was provided with the greatest luck of his short test career when England captain Joe Root shelled a sitter at first slip with Young on seven.

Olly Stone was the unlucky bowler who saw the routine edge go down, and up until that point, Young had looked dicey, and continued to after his let-off.

He found his footing as the day progressed, the 28-year-old Kiwi taking advantage of his good fortune to bring up his highest test score before departing to part-time spinner Dan Lawrence in the final over of the day.

However, when it comes to picking a team for the World Test Championship final, the New Zealand selectors can’t base their decisions on things out of their control – like England’s fielding. Had Root held the simple catch and Young departed for seven, calls for him to take Ross Taylor’s place would be minimal, and such a swing in opinion should never be based on good fortune, which always needs to be taken into account when analysing future performances.

(A wider acceptance and audience for fielding-adjusted averages – similar to advanced stats in baseball like Fielding Independent Pitching and Batting Average On Balls In Play – would go a long way to adjusting for which batsmen and bowlers benefit or suffer from good or bad luck, but that’s a story for another day.)

A better argument for Young’s continued inclusion in the side might be the continued unease of Taylor, with the Black Caps veteran’s unbeaten 46 also slightly deceiving.

Taylor was completely at sea against admittedly excellent bowling from James Anderson and Stuart Broad, being constantly beaten outside off-stump at the start of his innings, before later pouncing on sloppier and wider bowling from the off-target Mark Wood and Stone.

Taylor – with the help of Young – correctly reviewed an lbw dismissal on 11, but that threat was constant, with Taylor’s struggles for balance making him a prime candidate to be trapped in front, with England – and surely India – having a clear plan of how to dismiss him.

Ultimately, while Young got extremely lucky to build a big score, it shouldn’t be enough to get him into next week’s XI, with Taylor also benefitting from a bit of early good fortune to – in all likelihood – do enough to secure his spot to face India.

Just don’t be surprised if that luck turns next week.

One man who hasn’t required luck in this series has been Devon Conway, who showed he was even in control of the tiniest of details in his innings.

However, unlike Young, Conway’s dismissal would have been due to brutal luck, as a drive back down the ground from Tom Latham was deflected onto the non-striker’s stumps by a sprawling Broad.

Usually, those fluky instances result in the non-striker walking back to the pavilion, but Conway was remarkably alert, and with his bat in one hand and gloves in the other he launched himself back into his ground in a stunning piece of awareness.

It was a classy moment in a classy innings as Conway made 80, before departing to his first real lapse in concentration in the 654 deliveries he’s faced in tests.

Attempting to play the extravagant flick off the pads that brought up his century in the first test, Conway picked out Zak Crawley at deep square leg – the end of an innings which again asserted his talent as a world-class test opener.

In a test series full of off-field English controversy, Conway survived the first remotely contentious on-field moment of the series too.

England believed that they had dismissed him on 22 when he edged to third slip, but Conway wasn’t convinced the ball had carried, and nor were the umpires, sending it upstairs with a soft signal of not out.

Third umpire Michael Gough agreed with the static Conway, remaining at the crease throughout, and it looked as if the ball had brushed the ground before Crawley scooped it up. Broad wasn’t happy, and potentially faces a punishment for dissent from the match referee, who amusingly is his father, Chris.

Ultimately, the ‘caught Crawley bowled Broad’ combination managed to remove Conway – but it was 58 runs later; runs that could be crucial come day five.

The milestone also puts the careers of Anderson and Broad into further perspective, with Anderson sitting on 616 wickets in tests alone – just three shy of Anil Kumble in third place all-time – while Broad moved to 520 test scalps, going past Courtney Walsh into sixth on the all-time list.