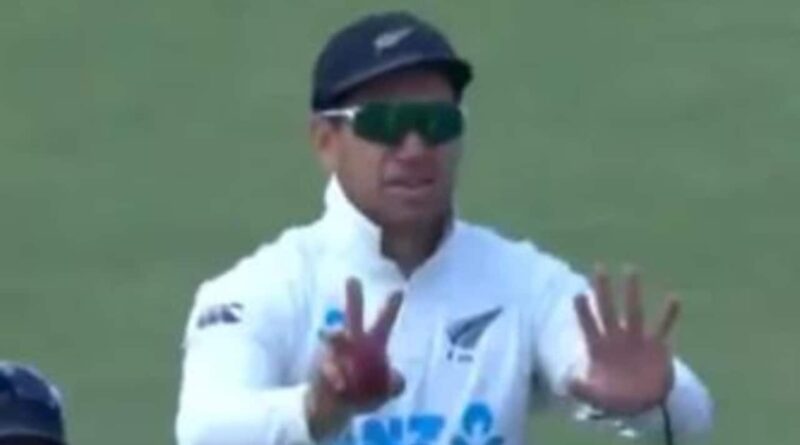 Under Kane Williamson’s leadership, the Black Caps have epitomised the Spirit of Cricket for several years.

Williamson was awarded the ICC Spirit of Cricket Award two years ago, and the New Zealand side famously decided to scrap sledging in 2013.

And on day four of the series opener against England, a simple gesture from veteran batter Ross Taylor showed why the Kiwis are considered the “nice guys” of international cricket.

English skipper Joe Root and opening batter Rory Burns had combined for a 93-run partnership in their first innings at Lord’s, and the visitors were eager to unearth an early breakthrough on Saturday morning.

It was lanky seamer Kyle Jamieson who provided the dream start, finding Root’s outside edge with the first delivery of the day.

The Duke ball flew towards first slip, where Taylor took a clean grab near his ankles.

After initially celebrating the dismissal, the 37-year-old immediately held out his hands, indicating he was not convinced the catch had carried.

“Pretty sure, but I think look at it,” a Black Caps teammate was heard saying, insisting on a third umpire review.

The on-field umpires sent the decision upstairs, with replays showing Taylor had comfortably taken the catch.

New Zealand strike with the first ball of the day.

FFS Ross Taylor's such a decent bloke I bet he walks even when he doesn't nick it. #ENGvNZpic.twitter.com/B1lOvw8MGh

New Zealand are surely the only team in world cricket who ask the umpires to review the wickets they take. Shine on, you obsessively sportsmanlike diamonds. #ENGvNZ

Root’s dismissal sparked a brief collapse in London, with England at one stage losing 3/0 in 20 chaotic deliveries.

The hosts were eventually bowled out for 275, trailing New Zealand by 103.

Burns meanwhile registered his third Test century, surviving nearly eight hours at the crease on his way to 132.

Kiwi swing bowler Tim Southee finished the innings with 6/43, his second Test five-wicket haul at the home of cricket.

In response, New Zealand was 2/62 at stumps on day four, with opening batter Tom Latham unbeaten overnight on 30. 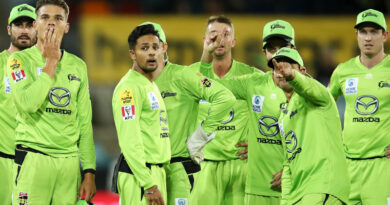