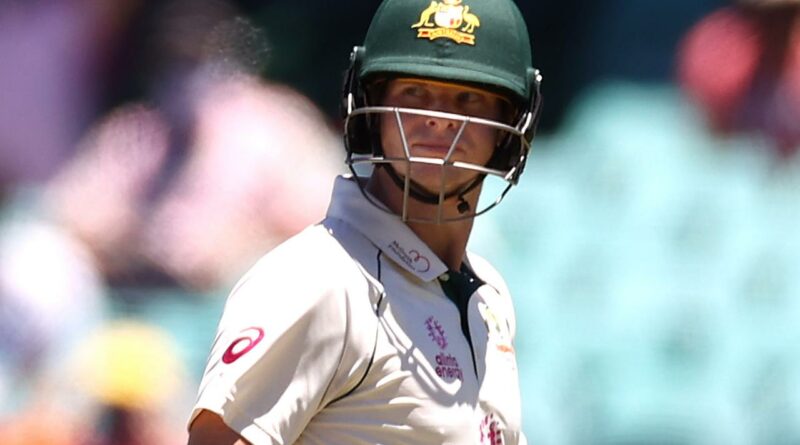 The cricket world went from wonderment to what-the-hell when it came to Steve Smith in the third Test against India.

The Aussie superstar rediscovered his mojo at the SCG, bouncing back from several low scores to post his 27th century in the first innings before backing it up with a classy 81 in the second dig.

But while Smith’s work at the crease was sublime in Sydney, it was a different kind of footwork that saw him denounced by influential figures within the sport.

On a dramatic day five, which saw India do the unthinkable by surviving for the loss of just five wickets to secure a heroic draw, cameras caught Smith shadow batting on the pitch while Cheteshwar Pujara and Rishabh Pant blunted the Aussie attack.

Bizarrely, the 31-year-old then used his spikes to scuff up the batsmen’s markings on the crease they use as a guide for where the stumps are behind them.

It forced Pant to take guard once again, the strange move serving no purpose other than wasting a few seconds of the Indian’s time.

It wasn’t illegal, but plenty of cricket greats were left shaking their heads at Smith’s antics.

English cricket writer Lawrence Booth said: “Just bizarre. Why would you even bother?”

Fellow sports journalist Paul Hayward chimed in, writing: “It’s the cheapness of it that’s so hard to grasp. People have compared you to Bradman, you’ve been banned in a massive sandpapering scandal, but you see a batting mark and think … I’m going to scrub that out. So odd.”

“What even makes him consider doing that? I’m not sure you’d find the most junior cricketer with that idea going through their heads,” he tweeted. 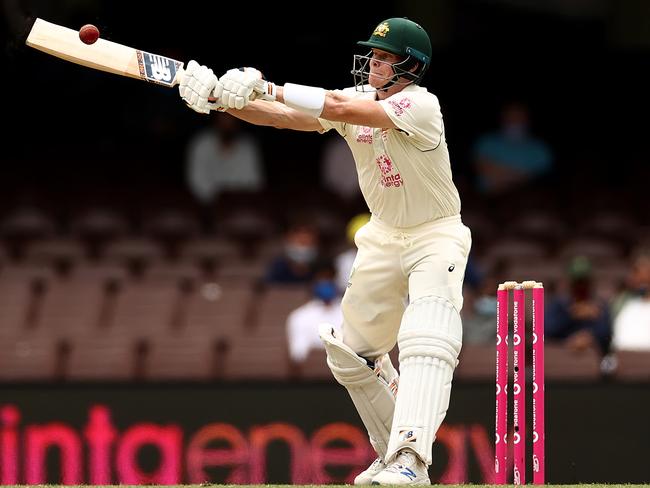 Some — particularly Indian supporters — suggested Smith may have been cheating but amid all the confusion and criticism, many pointed out it may simply have been a case of Smith being Smith.

His eccentricities and mannerisms are often too much for your average fan to comprehend — which may be why his odd behaviour is so hard to explain.

Former professional cricketer Fabian Cowdrey wrote: “Steve Smith was just in his own world, much like the way he goes about his own batting. I don’t believe he has attempted to cheat in any way here.”

Cricket writer Simon Hughes added: “I have looked at the footage and I really don’t think Smith was trying to cheat. He is — truly — an honest bloke.

“I have never heard of anyone trying to scrub out someone else’s guard, he was more subconsciously remarking his own as he does every new session.”

Smith didn’t put Pant off his game as the Indian star launched a blistering counter-attack, deciding the best form of defence was attack on his way to a spectacular 97 from just 118 deliveries.

The wicketkeeper blasted 12 fours and three sixes before falling agonisingly short of his century, caught at backward point trying to bring up the milestone with another boundary.

His remarkable knock changed the course of the game and he shared in a fantastic 148-run partnership with Cheteshwar Pujara, who scored a typically defiant 77 from 205 balls.

The series is locked at 1-1 heading to the fourth and final Test in Brisbane starting on Friday.

Anderson vows to 'relish every single moment' when cricket resumes