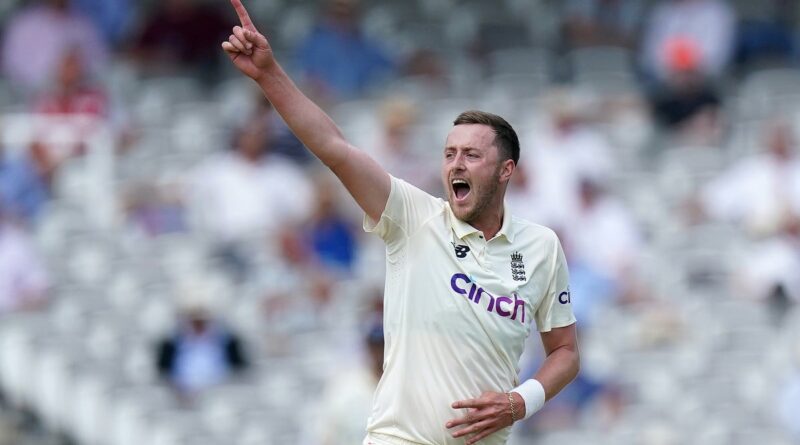 Debutants Ollie Robinson and Devon Conway shone for England and New Zealand respectively on the opening day of the first Test on a gloriously sunny day at Lord’s.

Robinson, making his first international appearance for England alongside wicketkeeper James Bracey, accounted for Tom Latham and Ross Taylor as New Zealand went to tea on 144 for three after winning the toss.

Conway (71 not out) has been the mainstay of the Black Caps innings so far in his maiden Test match on a day where England went with a four-man seam attack, with no room for a specialist spinner, as they played in front of a home crowd for the first time since the summer of 2019. Capacity has been capped at 25 per cent for this Test, which marks New Zealand’s return to the Home of Cricket for the first time since the dramatic 2019 World Cup final, in which England prevailed on boundary countback alone.

South Africa-born Conway was given his Test chance after impressing in the limited-overs formats last winter but he had to wait until the start of the fourth over to face his first delivery as Latham farmed the strike early on.

Conway looked supreme on the front foot, though, driving Stuart Broad then James Anderson authoritatively through the covers after they had overpitched as England’s veteran seamers toiled away, bowling tidily enough for scant reward.

Robinson came on for his first bowl in the 10th over, overstepping with his maiden delivery, but there were few signs of any nerves thereafter as he plugged away on a length before finding a hint of movement to make the breakthrough.

He had cast doubt in Latham’s mind from the previous delivery, beating him on the outside, and the left-hander then got neither forward nor back as he hung out his bat, the ball taking an inside edge before hitting the stumps.

Latham’s dismissal for 23 ended a 58-run stand – the first half-century opening partnership in this country against England since August 2018 – before the introduction of express paceman Mark Wood livened up proceedings.

The Durham quick operated in the mid-90mph range and twice struck Conway before lunch, after which England were gifted their second wicket when Kane Williamson chopped Anderson on to his stumps to depart for 13.

Williamson has now been snared seven times by Anderson in Test cricket – the most success any bowler has had against the New Zealander – with the Lancastrian making inroads as he became England’s joint most capped player. 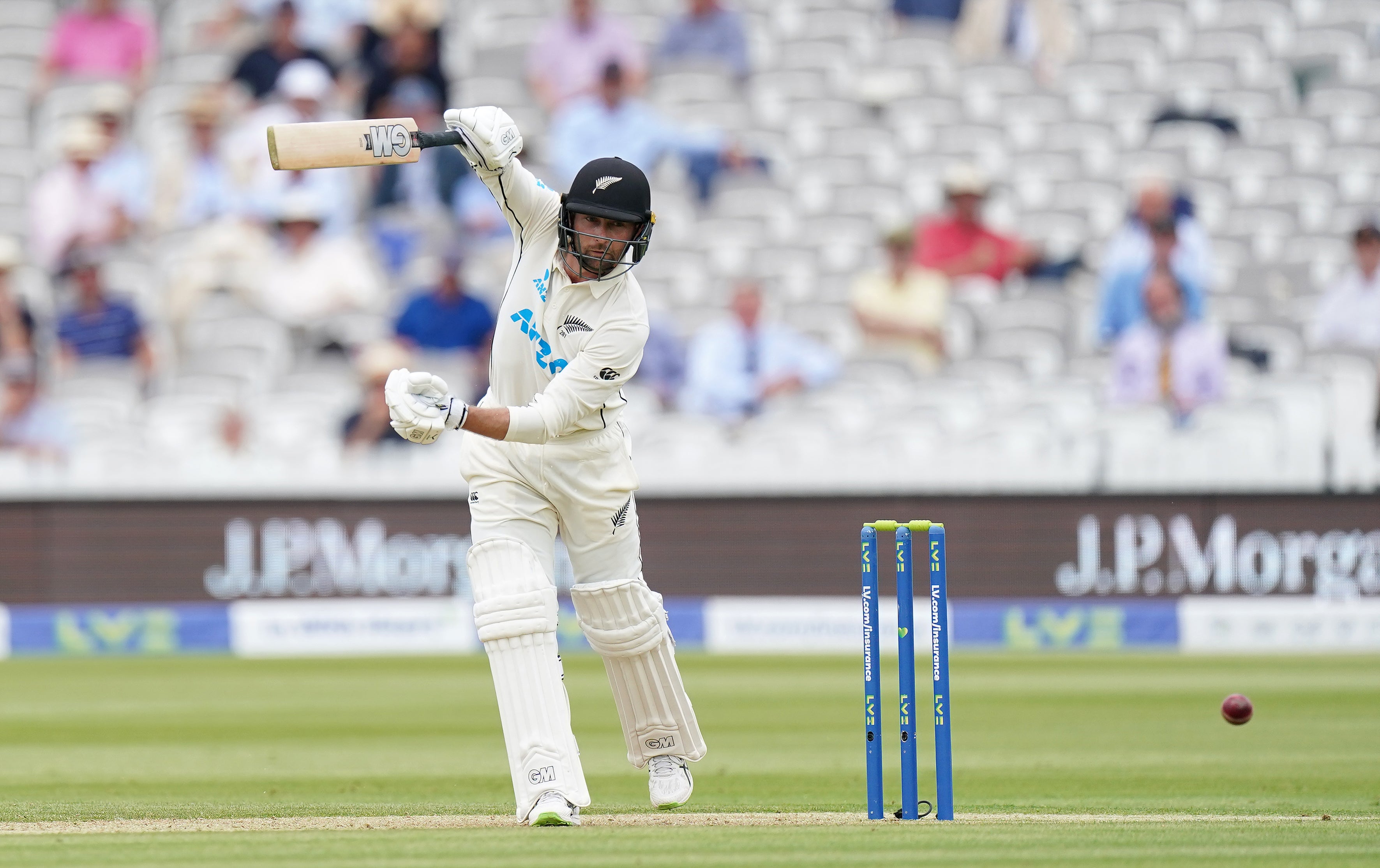 Anderson and Broad offered no freebies after the resumption, meaning Conway, who went to lunch on 43 off 62 balls, had to wait a further 29 deliveries to reach his maiden fifty – another front foot drive for his sixth four.

Robinson was brought back into the attack and he made further inroads, rapping Taylor just below the knee roll. Taylor, playing across the line, did not bother to review the lbw verdict and departed for a sketchy 14.

England captain Joe Root brought himself on to bowl five overs of his part-time spin before tea but the hosts were unable to make a further breakthrough.