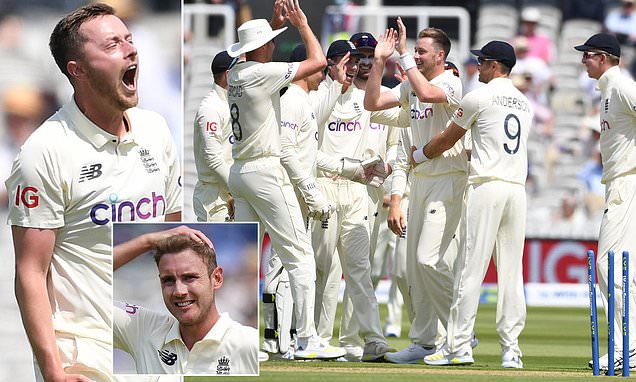 Ollie Robinson takes his first Test wicket but England’s bowlers are made to toil as New Zealand make serene progress after winning the toss in the Lord’s sunshine as 6,500 spectators watch on

Openers Tom Latham and Devon Conway put on 58 for the first wicket in perfect batting conditions after Kane Williamson won the toss.

But Robinson was finally able to gain some reward for the toil of England’s all-seam attack when Latham pushed forward with leaden feet and saw a hefty inside edge clatter his stumps. 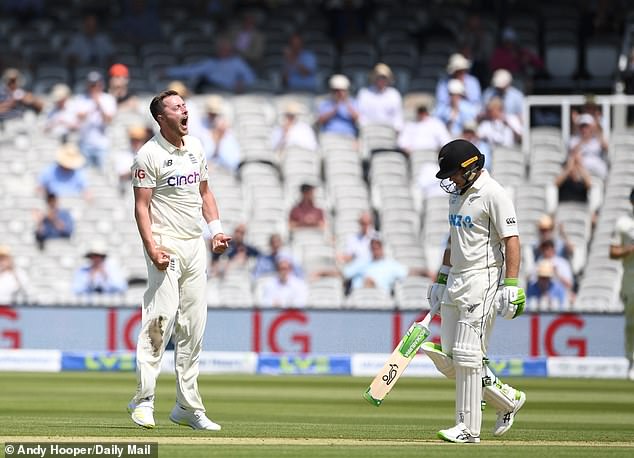 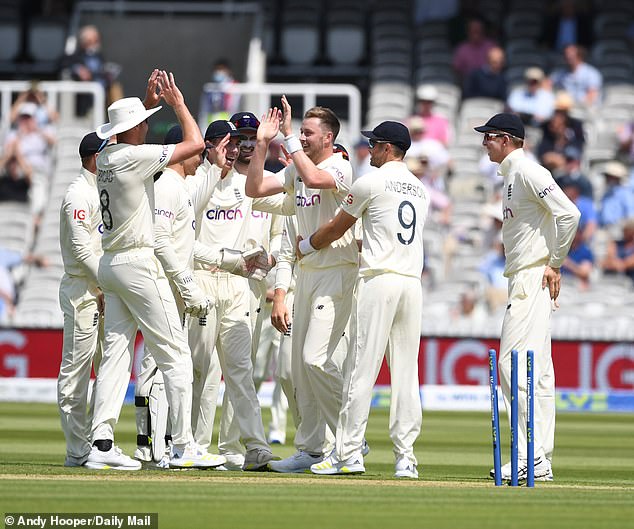 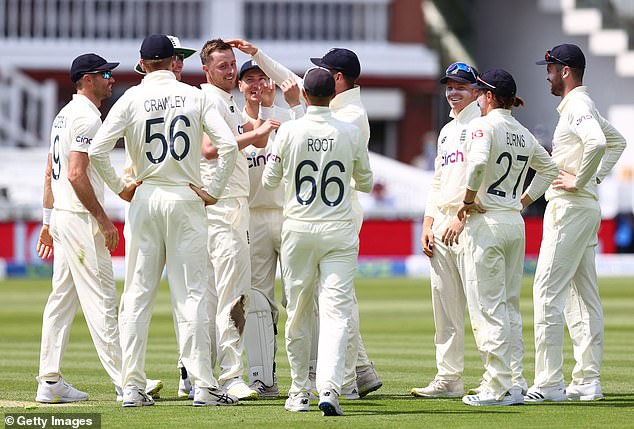 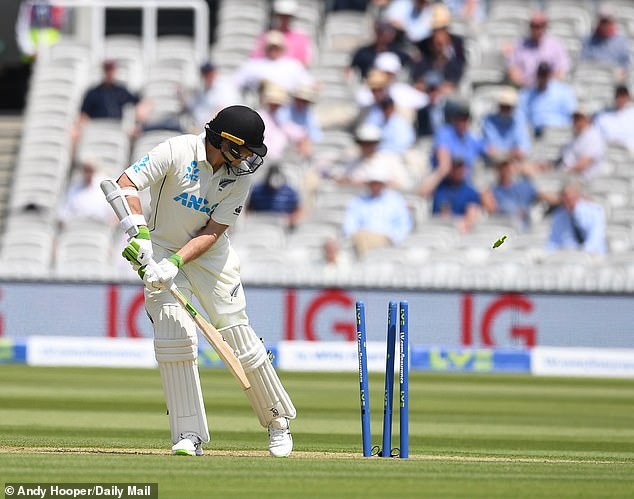 Latham made 23 but was eclipsed by his opening partner Conway, on Test debut, who was inching closer to a half-century by lunch with New Zealand 85 for one.

The tourists coasted along at almost four an over for the opening hour as James Anderson and Stuart Broad struggled to get much beyond a hint of movement from the surface.

Anderson is playing his 161st test match and the seamer equalled former captain Alastair Cook’s record for most England caps.

Latham and Conway duly put on the first 50-run opening stand against England in England since August 2018. 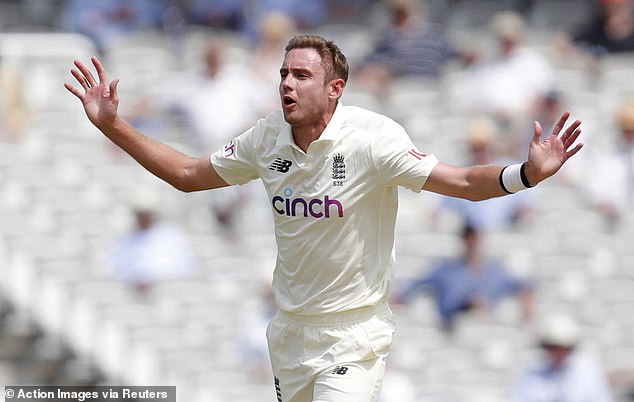 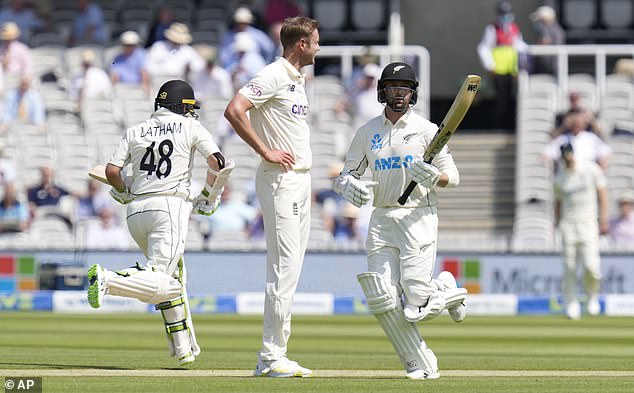 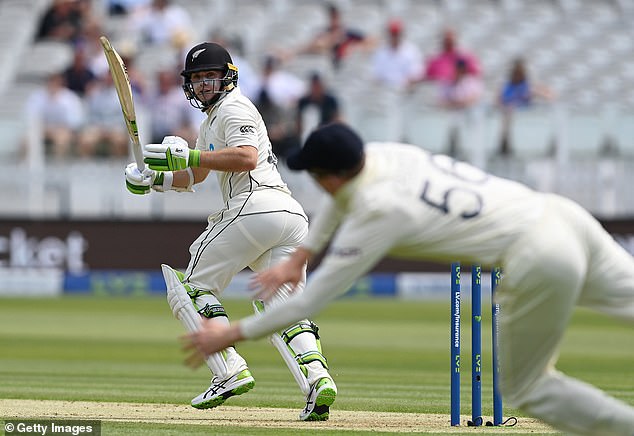 In a sign of debut nerves, Robinson overstepped his mark with his first delivery but was soon causing problems and made a much-needed breakthrough in the 16th over.

With Williamson showing no initial signs of his previous wobbles at the Home of Cricket, New Zealand could be highly satisfied at lunch at the start of a two-Test series.

South Africa-born Conway had to wait until the start of the fourth over for his first delivery as Latham farmed the strike following the teams’ ‘Moment of Unity’ before play started.

Conway looked supreme on the front foot, driving Broad then Anderson authoritatively through the covers after they had over-pitched as England’s veteran seamers toiled away on a pitch that was offering little sideways movement. 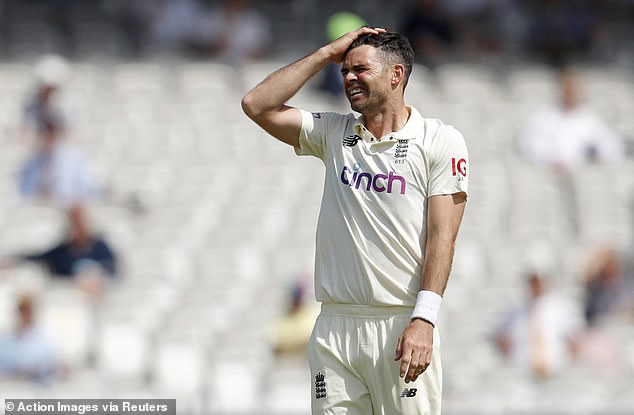 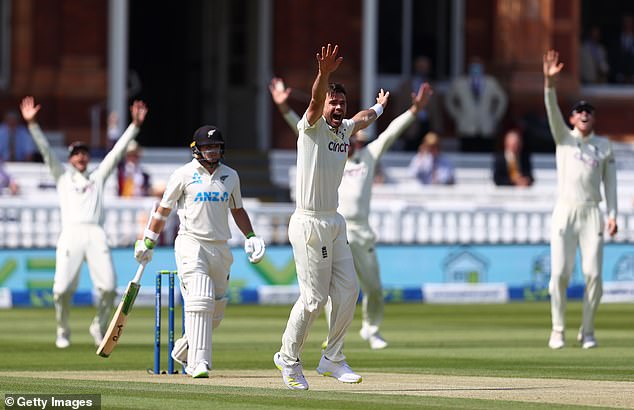 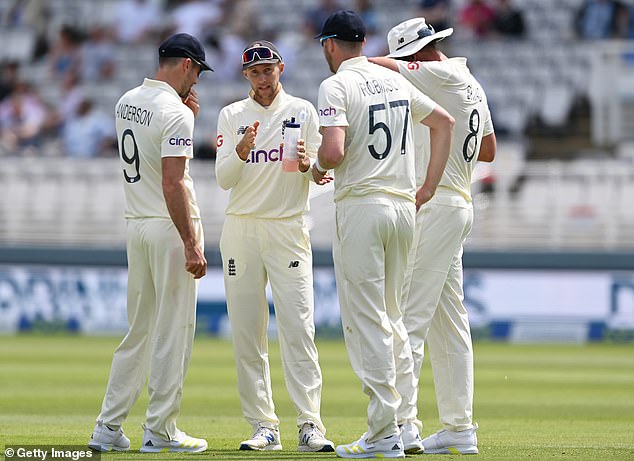 Robinson came in for his first bowl in the 10th over, overstepping with his first ball, but settled into a metronomic routine thereafter, and it was the Sussex seamer who came to the fore shortly after drinks.

He had cast doubt in Latham’s mind from the previous delivery, beating him on the outside, and the left-hander then got neither forward nor back as he hung out his bat, the ball taking an inside edge before hitting the stumps.

Latham’s downfall for 23 was followed by Wood’s introduction into the attack, with the quick hitting mid-90mph speeds in his first over, drawing gasps from those in attendance. 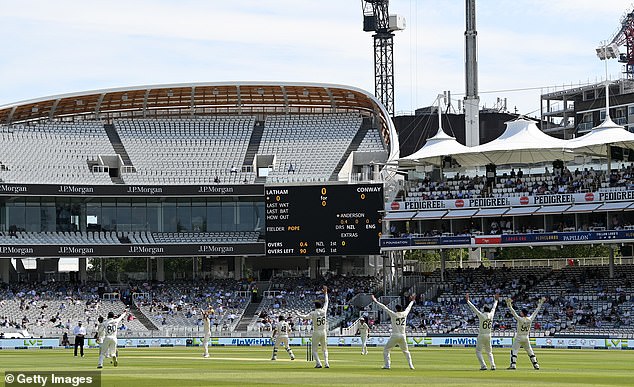 The opening day of the Test match summer saw 6,500 spectators watching on inside Lord’s 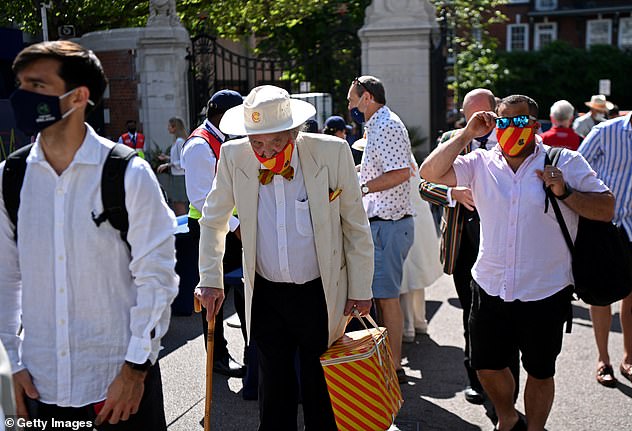 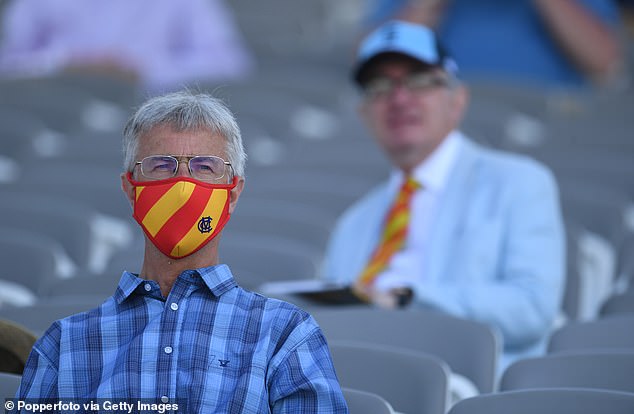 James Bracey is making his test debut for England after he made the cut when wicketkeeper-batsman Ben Foakes was ruled out of the two-test series after tearing his left hamstring.

The 6,500 spectators inside Lord’s were a welcome sight after the 2020 summer season was hallmarked by empty stands and bio-secure bubbles.

Capacity has been capped at 25 per cent for each of the five days to take account of social distancing requirements but not every ticket was sold on the opening day after some MCC members returned theirs.

All tickets for days two, three and four of the Test have, however, been sold. 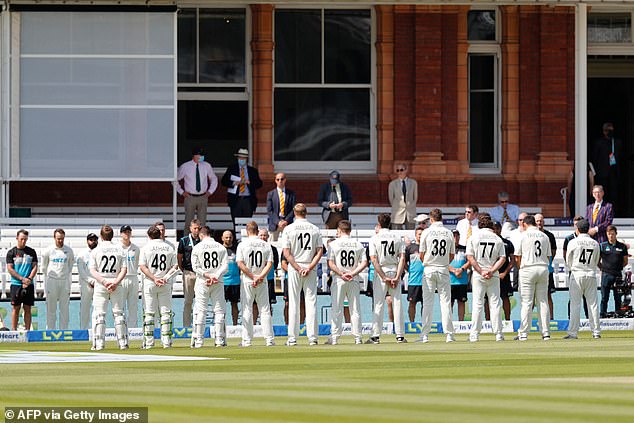 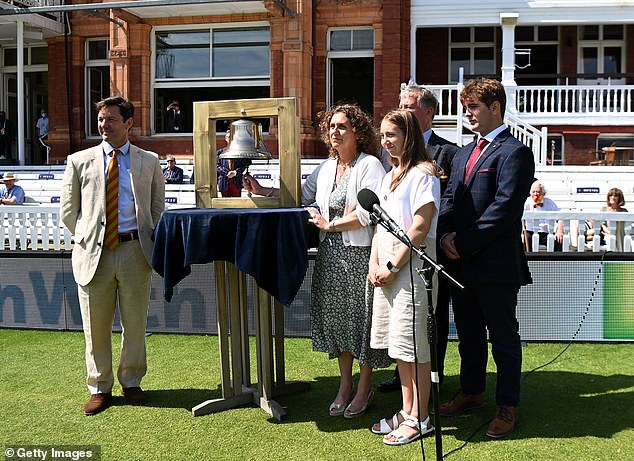