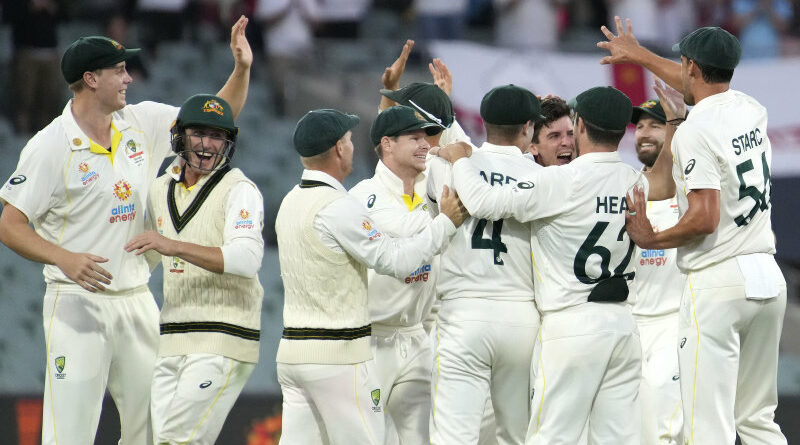 However bad England may be, Ashes victories are precious. This cavalcade of success in Australia won’t last forever and the alternative doesn’t bear thinking about.

Too often Australia’s dominance at home is written off as weak opposition ruining summers with a lack of competition.

Unless of course it’s like last season, when India claimed an historic series victory and the slings and arrows were rightly aimed at an underperforming Australian team and their hierarchy.

Two years ago, Australia made a clean sweep of Pakistan and New Zealand, winning the two Tests against Pakistan by an innings and routing the Kiwis with victory margins of 296, 247 and 279 runs.

New Zealand, unlucky not to win the 2019 World Cup in England after playing the home side in a bizarre final, went on to win the inaugural World Test Championship against India at South Hampton’s Rose Bowl by eight wickets last June. 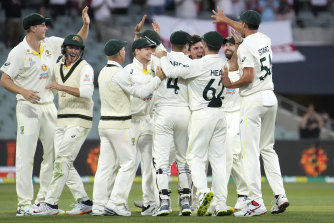 So given England lost the first Test in Brisbane by nine wickets and second in Adelaide by 275 runs, they are statistically no worse than the best Test team in the world when they play in Australia. A most encouraging thought.

It’s not as though Australia have a stranglehold on the Ashes like the Border, Taylor, Steve Waugh era from 1989-2003, when Australia won everything.

Australia has won just three of the last nine Ashes series, all at home, and the comprehensive 2010-11 series loss here had major ramifications.

Ricky Ponting resigned as captain, Tim Nielsen was moved aside as coach, and Cricket Australia blew up its board structure, reducing the directors from 14 to nine and moving away from the old state-based setup to an independent model, which has also been found wanting.

So, there is much to celebrate these past two Tests.

It was exciting that the last wicket to fall in Adelaide was Jimmy Anderson caught in the gully by Cameron Green from a nasty Jhye Richardson short ball.

This gave Richardson his first five-wicket haul in just his third Test, and his first in almost three years after overcoming major shoulder problems.

These two impressive young men, along with a recuperating Will Pucovski, shape as the future of Australian cricket. 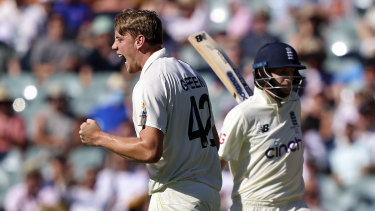 Cameron Green first worked over, and then accounted for, England’s captain Joe Root.Credit:AP

While Green has failed to shine with the bat in the opening two Tests, his bowling has been a revelation. Freed of last season’s tentative return from back stress fractures, he is making England captain Joe Root his bunny.

After two Tests he’s leading the Australian series bowling averages with five wickets at just 12 runs apiece, and has knocked over a well-set Root in both.

Tall with a high action, good seam position and genuine pace, Green shapes as one of the best fifth bowlers Australia has ever produced should he remain injury free.

One of the happiest moments was when debutant Michael Neser, perennial 12th man in recent seasons, claimed his first Test wicket. He was mobbed by teammates after Haseeb Hameed chipped a catch to Mitchell Starc at mid-on.

However bad England may be, Ashes victories are precious.

Mitchell Starc and Nathan Lyon were the attack’s senior pros in Adelaide and performed accordingly. Not surprisingly they’re the leading wicket-takers in the series with nine apiece.

Unfairly maligned by the unresearched, Starc was singled out for special praise by stand-in captain Steve Smith.

“I thought he bowled as good as I’ve seen him bowl for a long time,” Smith said. “His line and lengths were exceptional and he led this attack really well.”

Then there’s the rise and rise of marvellous Marnus Labuschagne. He was player of the match in Adelaide with a century and half century, making him the leading run scorer in the series, with 228 runs at an average of 76.

On the way he became just the third Australian behind Don Bradman and Mike Hussey to score 2000 runs in his first 20 Tests.

And a reborn Travis Head isn’t far behind this summer, with 221 runs at 74. Just as significantly, he’s scoring at almost a run a ball, taking the match away from England whenever he gets going.

David Warner, player of the tournament in Australia’s unexpected Twenty20 World Cup victory, is leading from the front with a couple of determined 90s carrying badly bruised ribs.

All in all, it’s been a terrific couple of weeks. 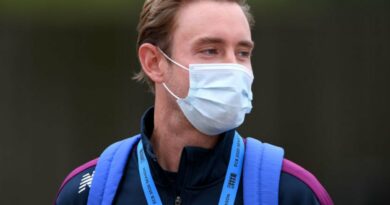 Wisden Almanack captures a broader sense of abnormality beyond cricket