England can set themselves up for Ashes glory with a successful winter in Sri Lanka according to a man who should know.

Jonathan Trott was a three-time Ashes winner and admitted that the jewel in the crown, an away win in 2010-11, was set up by the success beforehand against Pakistan.

Trott reckons that even though the conditions between Sri Lanka and the English summer couldn’t be more different, the confidence from winning in one can still have an impact on the other.

And in the case of the top order where Rory Burns and Keaton Jennings are forming a new partnership, a decent helping of runs this winter will be a huge positive for them going into the new year.

“You want to have confidence from simply getting runs in Test cricket,” said Trott, ahead of the first Test starting in the early hours of Tuesday UK time. “That is a massive thing no matter where you are playing and who you’re playing against. Test runs are Test runs.

“But it is also about feeling confident in the side and with your teammates. Getting used to each other and knowing your role is crucial going into a big summer like an Ashes summer.

“We went to Australia and won there in 2010-11 on the back of a very good Test series win against Pakistan and that was so important for us to build on and it gave us momentum going Down Under.

“So I can see England wanting to start building that momentum out in Sri Lanka and enjoy that winning feeling if they can because it can only help them with the big challenges to come.

“It has been a while since England won away from home and that is a trend they will want to put right and it is amazing how you can carry success and confidence with you.”

Trott enjoyed success and confidence in Sri Lanka on his one tour here in 2012, scoring 112 at Galle and 64 in Colombo as England drew the two-match series.

With Alastair Cook alongside him in the order England had players who could grind down the opposition and bat for long periods of time, which Trott believes is a great way of getting on top of the Lankans and stopping their unsettling noise.

He added: “It is is crucial you are able to bat for long periods of time and soak up pressure so that you can put it back on the opposition, and in Sri Lanka you must have a method that you can trust against spin.

“The game within the game is where you are trying to grind them down with the bat and they are trying to unsettle you by taking wickets and getting the noise up. If you build a partnership then you’re winning.”

Who will win this Test series? 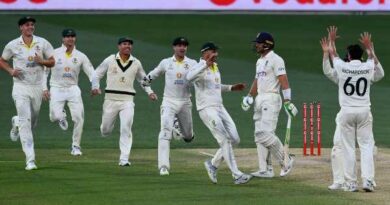