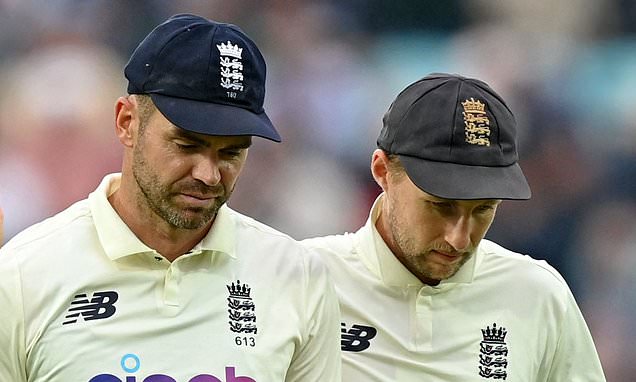 Are England down and out? Sloppy hosts fail to turn the tide in session that could decide the series… Joe Root’s side are labouring and the match is starting to slip away

India are on 160-1 midway through the critical session between lunch and tea, the pivotal session in this fourth Test at The Oval, perhaps in the entire series, when someone breaks out a beach ball in the Peter May Stand. It has got to the point where a distraction is needed in the midst of India’s accumulation of runs and, for now, this will do.

The beach ball flies back and forth, batted from one outstretched palm to another, accompanied by raucous cheers. Then a steward intervenes and snatches it. Now there are boos, lots of boos, and a spectator rushes down to remonstrate with the steward and plead for clemency for the ball. The steward chucks it over the boundary fence to a colleague, who gathers it safely. It is only the second time anyone has held a catch all day.

England are labouring, really labouring. Rory Burns dropped Rohit Sharma once on Friday and he dropped him again Saturday morning off Ollie Robinson, diving to his right and spilling the one-handed chance. Now Rohit, who is 34, is well on his way to his first Test century outside India, and England can feel this match, which they believed they would win, starting to slip away from them. 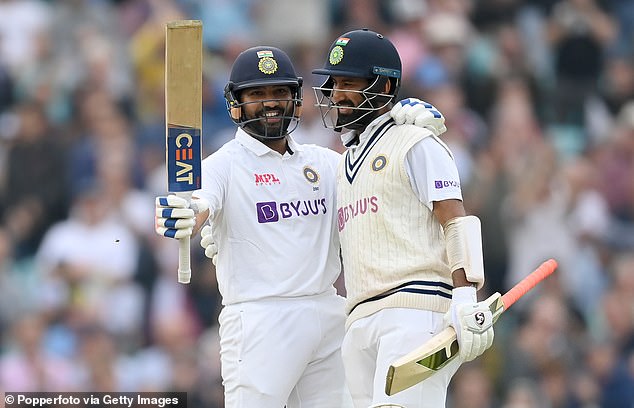 India start the session on 108-1, only nine runs ahead. The sky is overcast, the floodlights are the only thing lighting up an English summer afternoon and everyone is expecting the ball to swing. England have kept it together in the morning and bowled tightly but that dropped catch and missed half-chances have deflated them.

There should have been three slips in the cordon, not two, people say. It is Joe Root’s fault again, apparently. And Robinson, who has been the breakout star of this series for England and will come again with the new ball in the final session, is starting to look drained for the first time.

‘The pitch is really good,’ the former England batsman Mark Ramprakash says before the start of play. ‘You can trust the bounce. India will never have a better chance to get 400.’ And that is how India are playing now. After the helter-skelter of the first two days, when recklessness was king and wickets tumbled, now in this afternoon session, India turn relentless. The Test has gone from T20 pace to attrition. It’s what makes Test cricket beautiful.

Rohit reaches his 50 early and then there is an alarm. Cheteshwar Pujara slams a four off Craig Overton through the covers and then turns at the non-striker’s end as the ball reaches the ropes.

His left ankle buckles beneath him and he hops and falls to the ground. The crowd groans and gasps when it sees the replays. Pujara is down for eight minutes, getting treatment. 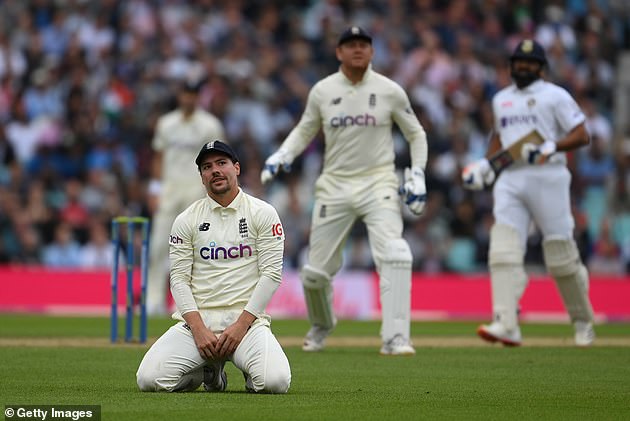 His ankle is heavily strapped but he plays on. A couple of minutes later, the Indian pair try to run for two on a misfield but Pujara turns Rohit back. He points to his ankle and says he can’t turn sharply. It feels as if the partnership might not last long. It feels as if everything is still in the balance.

Overton runs in from the Vauxhall End and gets to the wicket just as Pujara steps away, complaining about the sightscreen. Overton shakes his head. He runs in again, bowls short and wide and Pujara chops it away for four. Another four through third man two balls later brings up the 50 partnership and moves India to 133-1.

Chris Woakes runs in from the Pavilion End. Pujara expertly lifts another short ball over the slip cordon for four. On the last ball of the over, Pujara nibbles at one outside off stump, the movement of the ball makes it look like he has nicked it but he hasn’t and the appeal is strangled. 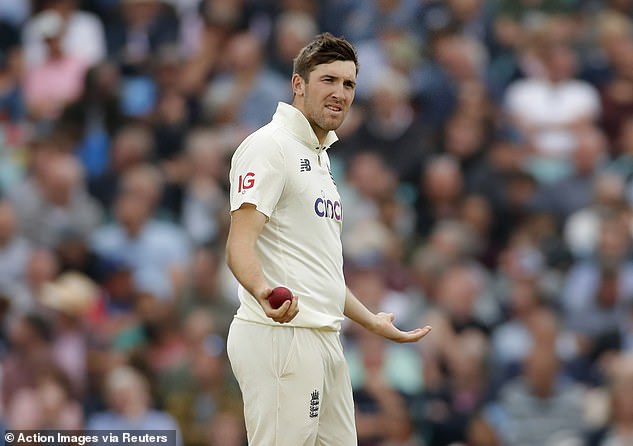 Twenty minutes after drinks, Jimmy Anderson takes over from the Vauxhall End. He bowls his first ball and then turns away and pauses at the popping crease. He lifts his right foot and picks dirt out of the sole of his boot, like Rafael Nadal whacking clay off his trainers between points at Roland Garros. Then he flicks the dirt away into the light breeze.

Anderson beats the outside of Pujara’s bat with the fifth ball of the over and the crowd rises and shouts and applauds, desperate for anything to cling on to, any sign that India might be vulnerable, that England can claw their way back into this. It isn’t happening. Moeen Ali bowls from the Pavilion End and Rohit dances down the wicket and smacks him over extra cover for four.

There is no time pressure on India. They can bat all day. They will bat all day. The consensus is that England will struggle to reach a fourth-innings target greater than 200.

India are inching forward, patient, grinding. Rohit plays one leg glance so delicate that it takes the breath away as it rushes to the boundary. By the end of the day, when bad light saves England from any further punishment, India will have a lead of 171. With seven wickets in hand. 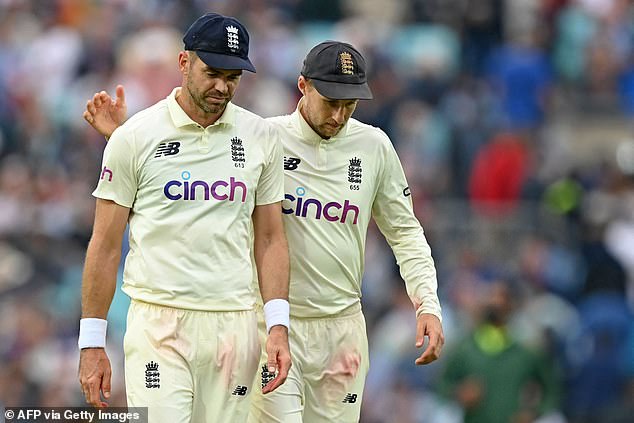 England can feel this Test, which they believed they would win, starting to slip away from them

Now and again, a bugle sounds from the Peter May Stand and it sounds like mourning. A beautifully delicate leg glance from Rohit to fine leg for four takes him to 88 and India to 179-1. The landmarks build up. A pull from Rohit off Anderson through midwicket brings up the 100 partnership with Pujara.

India close in on a lead of 100 runs. They will reach it in the last over before tea. If this is, indeed, to be the most important session in the fourth Test and the entire series, they have won it by a landslide. They have batted through without losing a wicket. They have batted England’s bowlers into the ground. The advantage is theirs.

When Rohit reaches 94, he advances down the wicket to Moeen again and clubs him high over long on into the Pavilion Stand to bring up his century.

He walks down the wicket and puts his arm around Pujara. On the India balcony, Virat Kohli, the India captain, stands and raises his fist and claps. 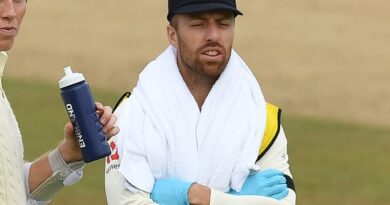 LEACH: Spending 60 nights in a bubble as a reserve wasn't easy 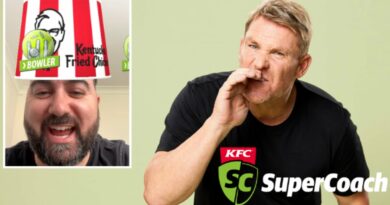