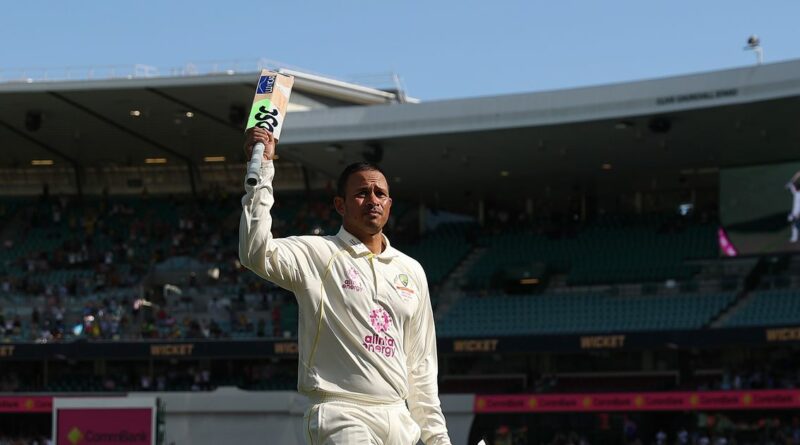 The SCG was dubbed the ‘Slow Cooking Ground’ after England were given a six hour roasting in the Sydney sunshine.

The brief respite provided by batting masterchef Jonny Bairstow on day three was replaced with yet another kitchen nightmare from Usman Khawaja who became the sixth man to score twin hundreds in the same Ashes match.

From 68-3, Khawaja walked off with 101 not out in the back pocket, while England's Jack Leach captured 4-84 with the ball to finally have figures to make all the effort worthwhile.

But with 265-6 declared on the board, the target for England was a whopping 388 across three sessions and 50 minutes.

The fact that Zak Crawley and Haseeb Hameed were able to take care of the 50 minutes and reach 30-0 without any mishap was an achievement in itself, but there is so much more to do with 98 overs due on day five.

The storm clouds were still gathering above the SCG both literally and figuratively for England as the duo who Sir Alastair Cook rightly described as being ‘buried’ by the Aussies.

This was Test cricket at its most unforgiving and brutal with the heroic Mark Wood still charging in for over after over, even though his body was all but broken by the fatigue.

There can be no doubting the desire and the efforts that the England players tried to put in, but their tanks were empty and the Aussies knew it.

Khawaja had done his bit in the first innings to keep the relentless pressure on England, and that was part of the reason why he was able to cash in with an even more eye-catching hundred the second time round.

With England bundled out in the morning for 294, still yet to cross the mythical 300 mark on this tour, it was all about how many Australia would set England in their chase.

Bairstow could only 10 to his overnight score before being the ninth man out for 113, and rightly enjoying the applause on his way back to the changing room.

Neither he nor Jos Buttler made it out onto the field, both nursing painful hand injuries that may well prove to be breaks once their scans are assessed.

There was a brief hope that the England bowlers might be able to make full use of the new ball and some variable bounce, especially when David Warner departed early for just three.

The edge was caught by the sub fielder Ollie Pope who was standing in for Buttler as keeper due to his hand and he started brightly.

He was in on the act for the next wicket too when Marcus Harris drove at a wide one from Jack Leach to be well held by a man who had not kept wicket since doing so in a Test against New Zealand in 2019, again as a last minute replacement for Buttler.

When he made it three from three as Wood teased another edge from Marnus Labuschagne there was some genuine energy and sparkle in the field with Pope’s infectious enthusiasm.

Leach stopped onlookers from getting too carried away though when he bowled Steve Smith for just 23 with the former Aussie captain taking things a little too easily against him.

The two wickets for Leach boosted his confidence no end, and for a period against Cameron Green there was an authentic contest as England’s spinner bowled to a proper field and was in the game.

It didn’t last too long though as Khawaja’s class told and Green grew in confidence against the seamers.

The ball got softer, the sun got hotter and life was steadily squeezed out of England. Not just from this innings, but from the three games that went before.

Leach finally accounted for Green for 74 when he top edged a slog sweep with a maiden hundred there for the taking.

And from the very next ball Alex Carey gloved another sweep and was brilliantly caught one handed by Pope who had his fourth catch as sub, equalling the all time Test record, so that was something. 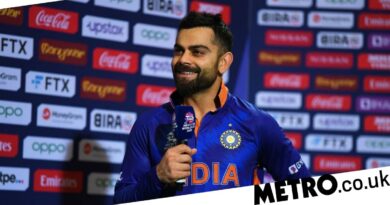