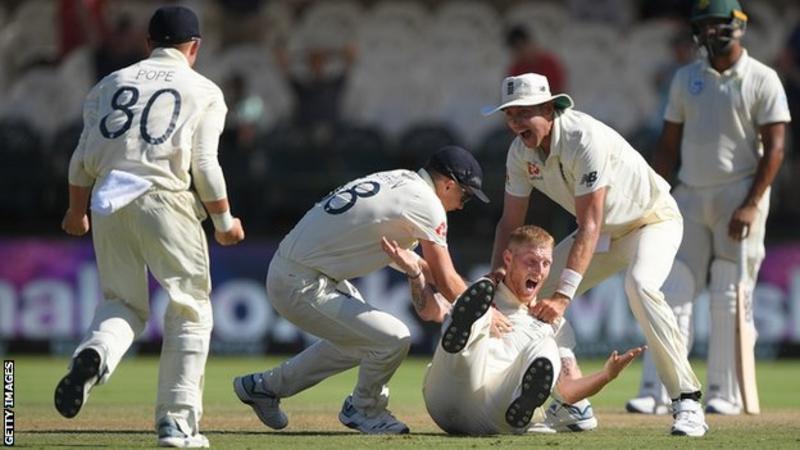 England forced a dramatic 189-run victory over South Africa late on day five of the second Test in Cape Town to level the series at 1-1.

Opener Pieter Malan finally fell for a superb 84 off 288 balls after lunch but Rassie van der Dussen and Quinton de Kock appeared to be grinding the hosts towards a draw.

Both made mistakes to fall in strange fashion, De Kock slapping a long hop from Joe Denly to mid-wicket and Van der Dussen flicking Stuart Broad to leg gully.

But Ben Stokes delivered one again, removing Pretorius and Anrich Nortje in consecutive balls, the latter falling to a stunning, juggling effort by Zak Crawley at third slip.

And Stokes struck again to remove Philander with 8.2 overs remaining and secure England’s first win at Newlands since 1957.

The third Test of the four-match series starts in Port Elizabeth on 16 January.

England were comfortably beaten by 107 runs in the first Test and failed to capitalise on a strong position in the first innings here, needing Ollie Pope’s enterprising 61 not out to at least post a competitive total.

Yet the tourists were much improved from that point on, putting in comfortably their best bowling performance of the winter to dismiss South Africa for 223 and claim a 46-run first-innings lead.

The top order then batted with the patience that has been lacking in recent years, with opener Dom Sibley compiling a sublime 133 not out, to lay a platform that allowed Stokes to blast a magnificent 72 off 47 balls and set up the declaration.

England may have had the best part of five sessions to bowl South Africa out, but the pitch had slowed and flattened out and the obdurate hosts had the likes of Du Plessis and Philander, who have experience of saving matches in similar situations.

Joe Root was also unable to call on James Anderson for much of the day, England’s all-time highest Test wicket-taker struggling with an injury and only able to ball one over in the second session and two after tea.

So to force victory in this fashion was hugely encouraging and gives head coach Chris Silverwood a welcome first win of his tenure. 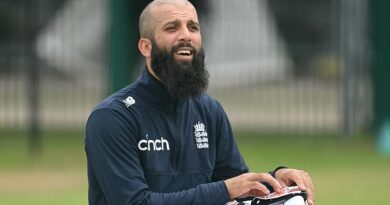 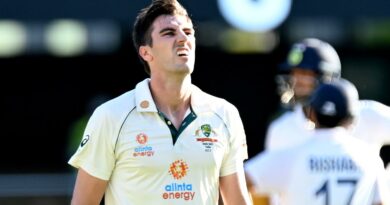