England have recalled Stuart Broad for the fourth Test at the SCG, with stand-in coach Graham Thorpe labelling the veteran pace bowler, as well as struggling all-rounder Ben Stokes, “caged tigers” with plenty to prove after poor performances in this Ashes series.

Thorpe was happy to confirm England’s XI on Tuesday for the match against Australia beginning on Wednesday, which features Broad at the expense of Ollie Robinson, who has been nursing a shoulder injury. 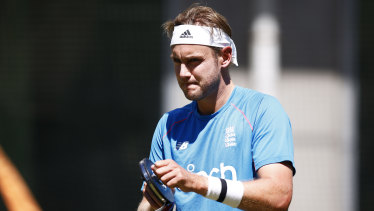 Stuart Broad has been named in England’s XI for the fourth Test at the SCG. Credit:Getty

Broad was overlooked for the first Test at the Gabba and dropped for England’s most recent humiliation – an innings and 14-run defeat at the MCG.

The 35-year-old got his chance in the pink ball Test in Adelaide but returned underwhelming figures of 2-100.

Broad, with 526 Test wickets to his name, has spoken about his non-selection frustration in recent newspaper columns. With the Ashes urn now firmly in Australia’s grasp with two Tests to play – following big wins in Brisbane, Adelaide and Melbourne – he will be hoping to restore some pride at a ground where he averages 48.6 with the ball from two Test outings.

England will have four pace bowlers – Broad, Stokes, Mark Wood and Jimmy Anderson – at their disposal alongside spinner Jack Leach, who has series figures of 2-148.

Thorpe, the 100-Test former England batter, has sensed Broad and Stokes are poised for a big performance at the SCG – a ground where England have won two of their last five Tests since 2003.

“We’ve got a couple of caged tigers coming into this match. Ben [Stokes] being one of them and Stuart Broad is another,” Thorpe said.

“Getting the guys into the right frame of mind is really important. I think they’ll want to put in a performance for themselves and collectively [for] the team. I’ve had to let them off [the leash] a little bit. [Let them] enjoy what they’re doing, have fun, get a bit of that tension out of the body but at the same time get focused for day one.” 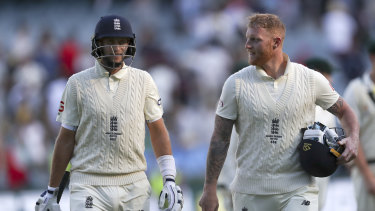 He cut a forlorn figure as Australia ripped through England on the morning of day three in Melbourne to wrap up an Ashes series victory inside 12 days.

Australia need little reminding of Stokes’ match-winning qualities after his unbelievable knock at Headingley and England will be desperate for that to be replicated, even if the final two Tests have lost some meaning.

“To have that fight and competitiveness is going to be very important this week,” Thorpe said.

“You get knocked down sometimes in life. You do have to get back up. There is no hiding place. You do have to keep getting back up and clear your head. Have that belief, look at what you do well and try to go out there in the next game and perform.”

If Robinson was at full fitness, he very well could have edged out Broad again at the selection table after taking 2-64 in the third Test.

England’s trump card at the SCG could be Wood, who bowled express pace in Melbourne and troubled a number of Australia’s top-order batters with the new ball.

England have persisted with openers Haseeb Hameed and Zak Crawley, while Jonny Bairstow has been given the nod once again over Ollie Pope and will bat at No.6. 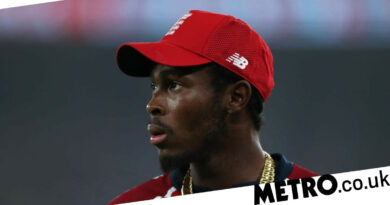