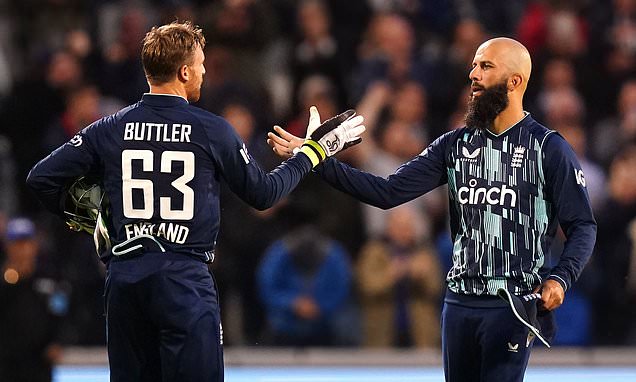 England romp to a 118-run victory in the second ODI against South Africa with Reece Topley and Adil Rashid shining again, but there are more batting troubles for Jos Butter’s side as they are bowled out for the fifth game in a row

Crisis, what crisis? It seemed England had fallen short with the bat again at Old Trafford and were heading for another 50-over defeat. But another inquest was averted in spectacular style by their trio of left-arm seamers.

The returning Reece Topley and David Willey together with Sam Curran simply blew South Africa away as they crashed to six for four and then 27 for five aided by a superb run-out from Jos Buttler in reply to 201 in what became a 29-over game because of rain. 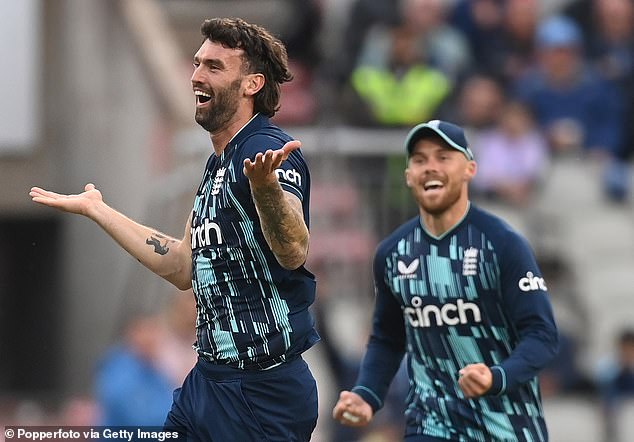 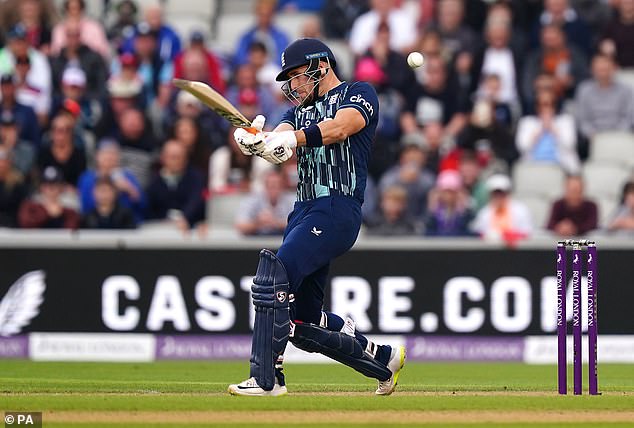 There was no way back from there as South Africa quickly perished for 83 in more rain that provided a bigger threat to England’s chances of victory than their opponents.

Now the sides will head to Headingley for tomorrow’s decider with England’s first white-ball series victory under Buttler now within reach.

Buttler will know there are still questions to answer with the bat. He said he wanted his side to issue a statement of intent here but again they failed to locate that magic formula so prevalent under Eoin Morgan. There were plenty of big shots but no-one was able to play the innings of substance they have so lacked.

To be fair, South Africa were excellent, with the ball at least, after Keshav Maharaj had decided to bowl even though there was no real swing or seam with the two white balls. 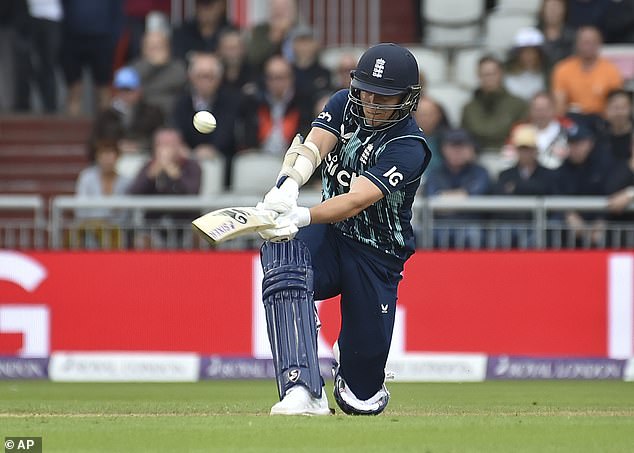 Sam Curran provided a late cameo for England, with 35 off 18 balls batting at number eight 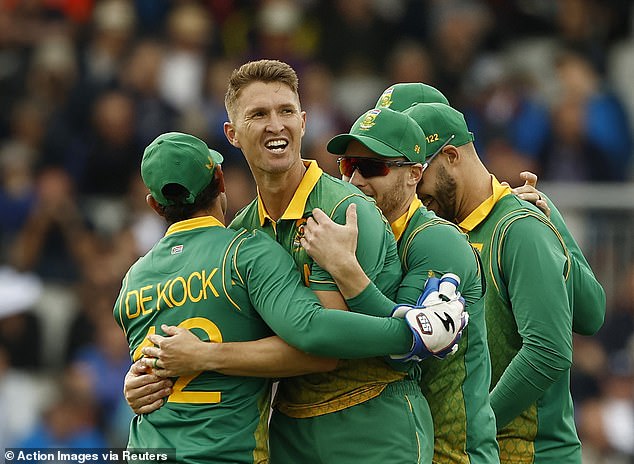 England are determined to stick with Jason Roy alongside his long-term opening partner Jonny Bairstow but again there was a lack of real fluency and timing from the Surrey man who hit three fours before falling to the extra pace of Anrich Nortje.

Phil Salt had been given the opportunity on his home ground of filling the giant shoes of Ben Stokes and there were glimpses of promise in his 17 off 10 balls before he became the first of four victims for Pretorius.

Much rested on the shoulders of the two batters who have done so much to transform England’s Test fortunes in Jonny Bairstow and Joe Root.

Yet both fell in the same Pretorius over, Root advancing down the wicket but skying an attempted hit over mid-wicket and Bairstow bowled by that slower, wobble seam.

When Moeen Ali gave it away caught on the boundary, as he does all too often, and Jos Buttler sliced Shamsi to short third man, England were in danger of imploding again and handing a second victory on a plate to South Africa. 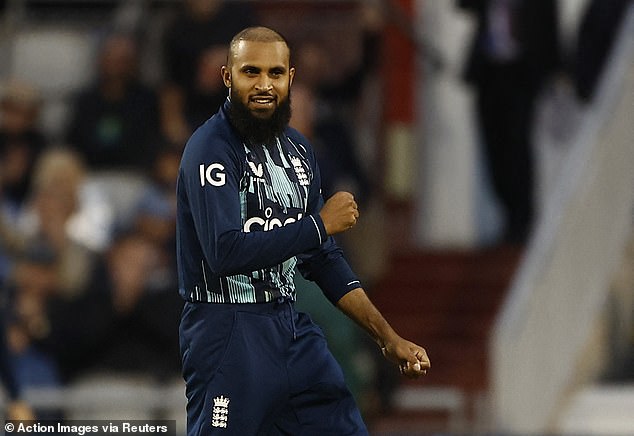 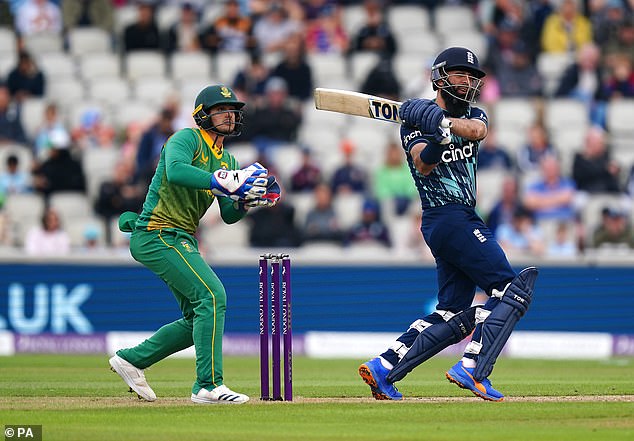 Moeen Ali (right) struggled with the bat but backed Rashid up with the ball, taking two wickets

That they at least reached what seemed like only respectability was thanks to some powerful striking from Liam Livingstone and Curran.

England have not yet seen the best of the explosive Livingstone in the longer white-ball game but here he took England’s batting to another level, smashing the 90 plus mile per hour pace of Nortje for three successive sixes at the start of the 21st over.

Livingstone’s chances of six sixes in an over ended when he flashed the fourth ball over slips for four and it was all over from the fifth when he slapped a virtual tennis shot to wide mid-on. Still, the Lancashire batter had made 38 off 26 balls and showed England the way forward in this format, albeit all too briefly.

Curran was not far behind in hitting three sixes of his own and he was another to find the boundary in three successive balls, in his case, four, four, six off Shamsi, before falling to a slower, wider ball.

Then the England innings became a case of just trying to use up their 29 overs – something they never did under Morgan – but they were unable to even do that, Adil Rashid being run out with five balls remaining as England were bowled out for the fifth successive time in this spell of transitional 50-over cricket. But their mood was immediately improved. A total of 201 suddenly seemed far more than respectable when Topley, rested for the first game in Durham, made two early incisions, including century-maker on Tuesday in Rassie van der Dussen strangled down the leg-side without scoring. He has now taken 11 wickets in 50-over cricket against India and South Africa while missing the first ODI.

Willey was another who missed the heavy defeat in Durham but he dismissed De Kock the ball after Topley sent back Van der Dussen and, when Buttler ran out Aiden Markram before he had faced with a brilliant piece of fielding, England were in business.

England’s bowlers were able to gain far more movement under the Old Trafford lights than South Africa had managed and when drizzle returned Buttler turned to spin to make sure he could hurry through to 20 overs and ensure there was a match.

It wasn’t necessary as Moeen Ali and Adil Rashid played their part in what was an emphatic and important win for England and Buttler, the leg-spinner ending with three wickets. They will now hope to add a series triumph to it in Leeds tomorrow.

Chappell back in cricketing fold

‘A degree of optimism’: Vaccination passports could save Ashes series