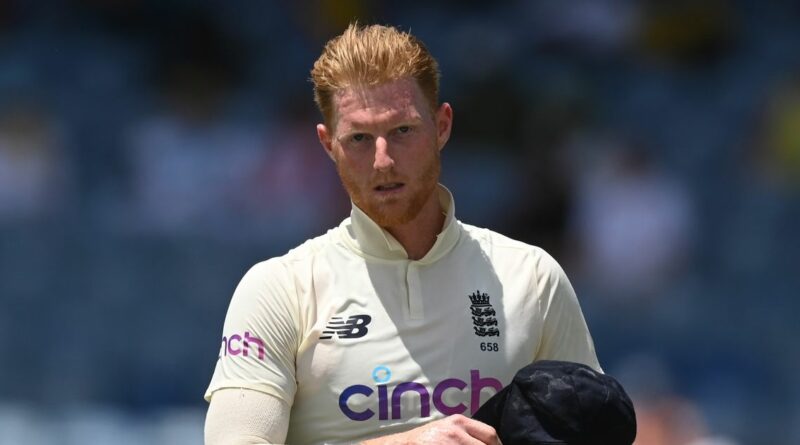 England vice-captain Ben Stokes is set to return to action next month in the County Championship after a scan on his left knee did not reveal any new problems.

Stokes suffered from knee issues during England's recent tour of the West Indies and admitted earlier this week that he was not allowed to train yet as a precaution. "I think it was pretty obvious that I was struggling with my knee a bit out in the Caribbean," Stokes said on the Round the Wicket podcast.

"At the moment there is no training. So I will go and get the scans and then we can find out what's going on, and then hopefully can make a plan from there."

Now, the ECB have revealed that Stokes' injury is not serious and, although they will continue to monitor his progress, he is set to feature for Durham in May. A statement from the ECB read: "Ben had a scan on his left knee which didn't reveal anything new.

"We had planned for him to return to LV= Insurance County Championship cricket in early May and, while he is feeling tender in the knee, that plan remains the same following the scan. We'll continue to manage him in conjunction with Durham."

After picking up a side strain during the Ashes, Stokes had a heavy workload with the ball in the Caribbean as he bowled a total of 99 overs across all three Tests. In fact, Stokes had not bowled more than 35 overs in a Test match since 2019 before doing so in back-to-back games in Antigua and Barbados.

"I know there might have been some concerns about how many overs I bowled in the match, especially after coming back from a side injury, but I felt fine to bowl them. In the run up to the game, I didn’t know how much I could bowl because it was still a new experience, but that is what my fitness work and preparation is for.

"Throughout the Ashes people slated us, suggesting we didn’t care, we weren’t trying or even worse that we’d somehow given up. Nothing could be further from the truth. We were beaten by a better team.

"But now that we are fighting hard to win and are closer to that happening, people want Rooty not to let me bowl even though I’m able! What do you want from us?"

Fast bowling back in ‘vogue’ at Twenty20 World Cup: Perry