England seamer Ollie Robinson has opened up about the historic racist and sexist tweets which emerged during his Test debut last summer.

Robinson debuted against New Zealand at Lord's and impressed, picking up nine wickets in the match. However, old tweets which resurfaced during day one of the match overshadowed his debut, with Robinson reading out a pre-prepared apology after play.

He was later fined £3,200 and handed an eight-match suspension, five of which were suspended for two years, by the Cricket Discipline Committee. The tweets were posted between 2012 and 2014, when Robinson was aged between 18 and 20, and were described as "racist, sexist, disablist, Islamophobic and offensive" by the committee.

Speaking to the Wisden Cricketers' Almanack, Robinson said: "When the tweets resurfaced. I felt like I was different already. But I looked at myself and thought: 'Do I still have those views? Am I still that person?'

"I might have turned a corner four or five years ago, but have I really got better? Are there bits of those tweets that are still in me?

"I was living a bit of a drunk life back then. My parents had divorced, and I was going out three or four times a week with my mates, joy-riding at night, living a different life to that person I feel I am now. I understand why people were shocked."

The 28-year-old did receive support from his teammates, with then captain Joe Root condemning the tweets as "unacceptable" but stating: "He's fronted up to the dressing room and the world.

"I think the most important thing is that Ollie is a part of this dressing room and we had to support him. Give him an opportunity to learn and to understand that he has to do better."

Robinson added: "It was nice I had their support. They told me that’s not who I am. I was having doubts – that I was the worst human ever."

Robinson returned to the side for the first Test against India and ended the summer as England's leading wicket taker, having picked up 28 at an average of 19.60. His on-field exploits saw him named as one of the five Wisden Cricketers of the Year alongside Jasprit Bumrah, Rohit Sharma, Devon Conway and Dane van Niekerk. 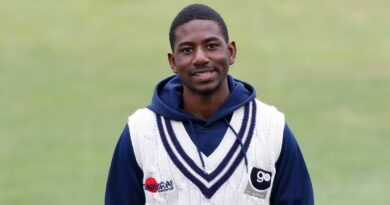 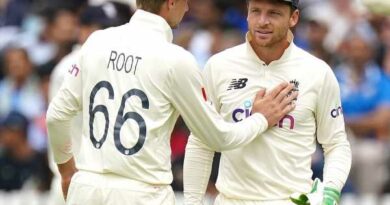