Ben Stokes threw the ball down forcibly, the colour of his face matching the bright red shirts England have been forced to wear because of a colour clash with Sri Lanka. No-one was more angry about an end of series horror show.

Stokes’ moment of extreme frustration came at the end of an over where his figures had suffered from lazy fielding from Mark Wood and Moeen Ali that epitomised a miserable dead-rubber display England will want to quickly forget.

Not since they crashed to the ‘might’ of Scotland at the start of last summer have the top-ranked one-day side in the world endured such a day of sloppy carelessness with ball, bat and in the field that led to an utter thumping. 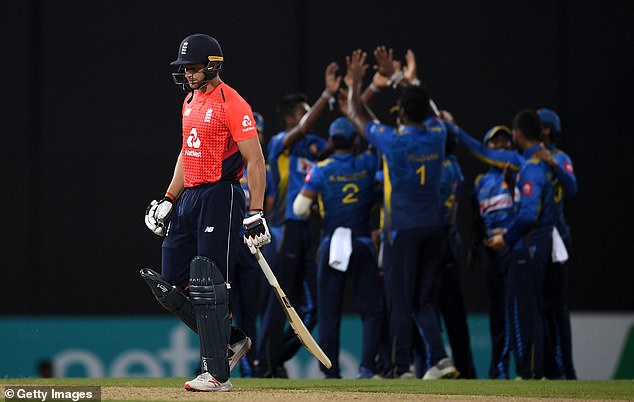 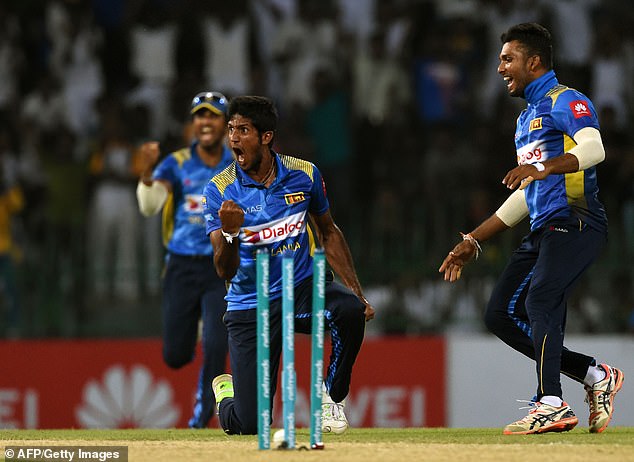 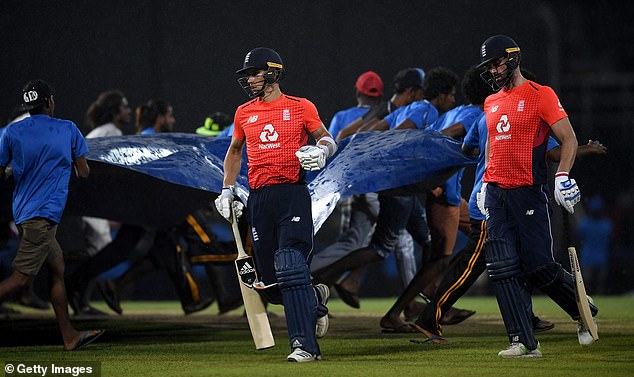 Failing to ever get back on track, England collapsed to 132 for nine, chasing 367, before rain hit

It gave Sri Lanka a whopping 219-run consolation Duckworth-Lewis-Stern win in Colombo on a day when the monsoon season predictably had the final word, England collapsing to 132 for nine in reply to 366 for six before the rains came yet again.

England still won 3-1 in what has been a largely soggy, sorry excuse of a 50-over series but they were made to pay for picking three rusty bowlers for their first run-out of the series and for omitting their most in-form batsman.

Eoin Morgan said before the series he was prepared to leave himself out if necessary but he meant if he did not justify his World Cup place rather than step down to give opportunities to others, as he did yesterday.

In fairness, this was one of England’s last chances to experiment before they must name their World Cup squad in April after their series against the West Indies in February and March and before they entertain Pakistan next summer.

So this fifth one-day international at the Premadasa Stadium represented something of a shoot-out between Tom Curran, Mark Wood and Sam Curran, with the missing Olly Stone and David Willey also in the frame, for what is likely to be the one remaining place in England’s first choice World Cup line-up. 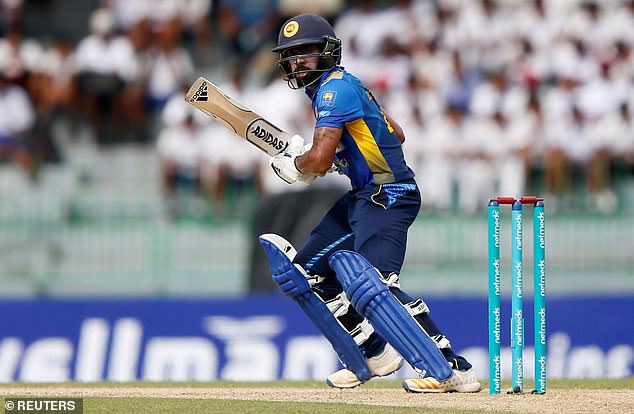 Earlier, the hosts posted a sizeable 366 for six, with opener Niroshan Dickwella impressing 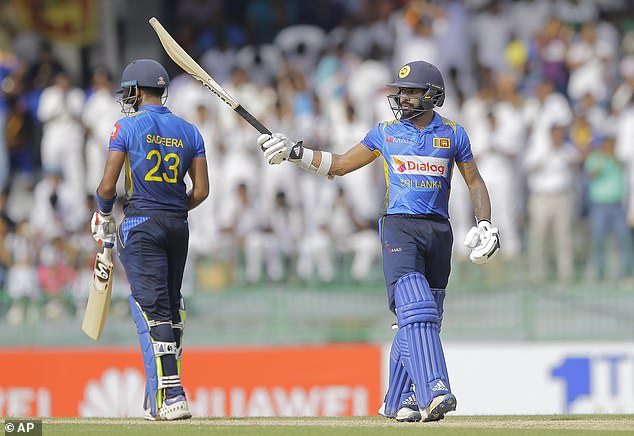 The left-handed opener did the damage for Sri Lanka, posting a superb score of 95 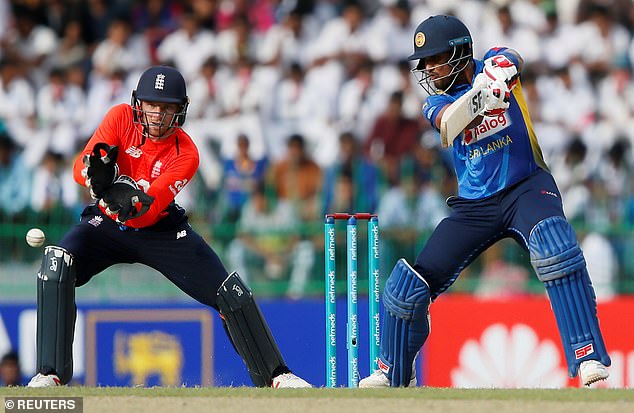 He was ably assisted by captain Dinesh Chandimal, who elegantly plotted his way to 80 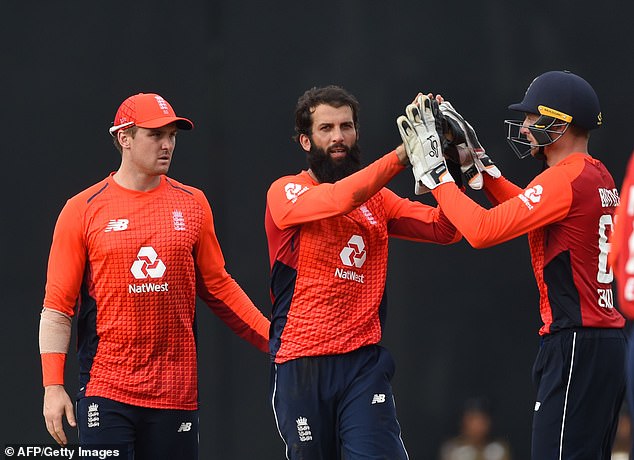 Moeen Ali was arguably the pick of England’s bowlers, taking two wickets for 57 in eight overs

If that proves the case then the older Curran has his nose in front, not least because he excelled earlier in this series, but even he had a day to largely forget as Sri Lanka relocated the mojo missing in their one-day cricket for two years.

Tom and Sam Curran started the day celebrating becoming the first brothers to appear for England in the same match since Adam and Ben Hollioake 19 years ago but were soon squabbling over yet more sub-standard fielding.

‘Come on Sam, dive for the ball,’ shouted Tom at his little brother when he failed to cut off another boundary from Dhananjaya de Silva as Sri Lanka rattled up their highest one-day score against England.

The one mistake England made was picking a seventh bowler in Curran the younger in Morgan’s place rather than another batsman in Joe Denly but even that was to give a chance to the player of the Test series against India.

Sadly, Sam Curran did not grasp it, going for 46 off his six overs as Sri Lanka’s top four all made flashing half centuries, Niroshan Dickwella falling five short of a century and Kusal Mendis hitting six sixes in his 56 off 33 balls.

At least Tom Curran took two wickets but was expensive, particularly with the new ball, while Wood failed to match the early series pace of Stone and Liam Plunkett looked like a man who had little preparation because of his wedding. 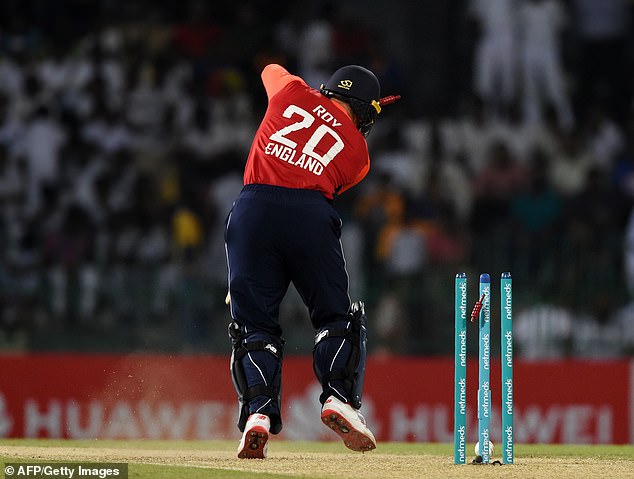 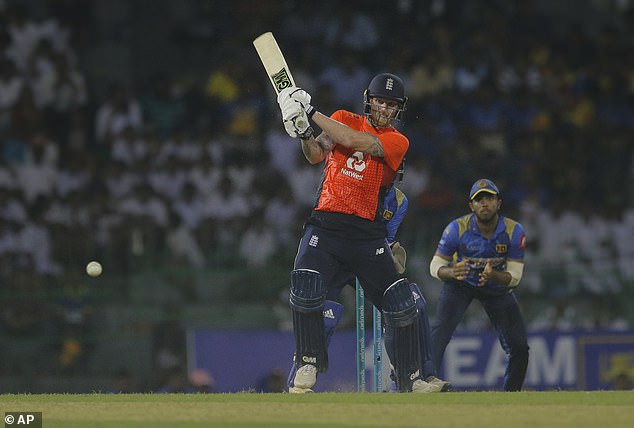 After a flurry of wickets, Ben Stokes settled down with some fine strokeplay in Colombo

When England are bad they are really bad so it was not a great surprise when they crashed to 28 for four in reply, the aggressive approach that has brought them so much success doing little to prevent their downfall yesterday.

Only some spirited swinging from Stokes, who defied cramp in the extreme humidity to smash 67 off 67 balls mainly on one leg, gave England anything like a shred of respectability before they crashed to the brink of being bowled out.

The sight of umpire Aleem Dar raising his finger to confirm the lbw of Liam Plunkett after a review while running off in the storm summed up what has been a pretty wretched series. At least it’s one that England have won convincingly despite today’s shellacking. 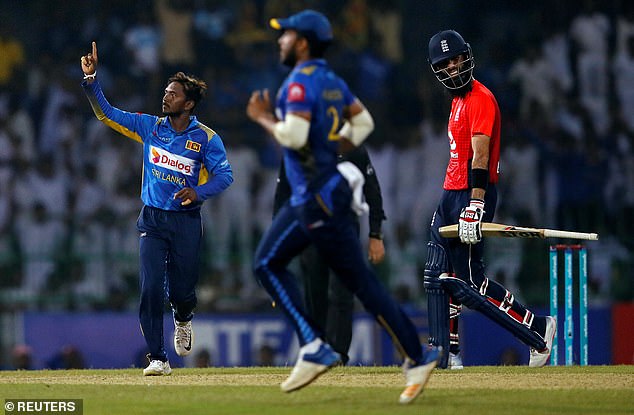 Ali also threatened to hurt Sri Lanka with the bat, but miscued one and was caught on 37 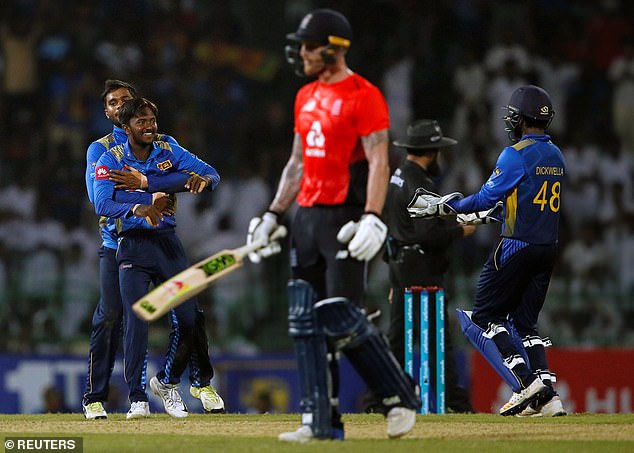 All-rounder Stokes was then dismissed and, with that, England’s hopes were gone 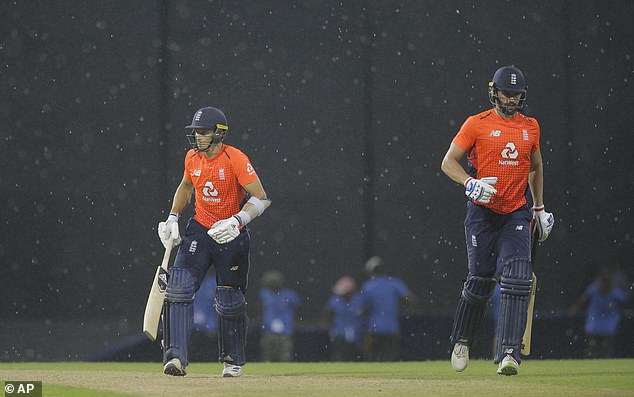 The rain hammered down with Sri Lanka needing just one wicket, but the damage was done 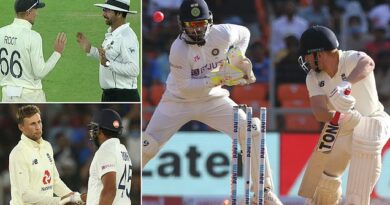 England need to turn things around in India, but how do they do it? 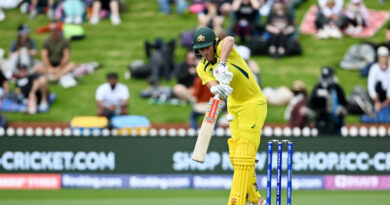 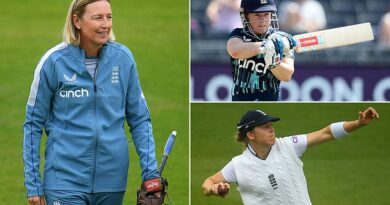