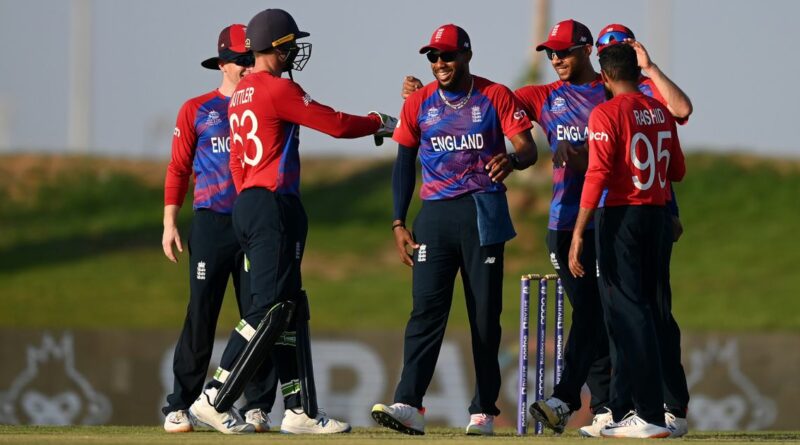 England begin their bid for back-to-back World Cups this afternoon as they take on the West Indies in Dubai.

After winning the 50-over competition on home soil in 2019, Eoin Morgan's men are looking to follow that success in the 20-over arena in the UAE.

They take on a Windies side who broke their hearts five years ago as Carlos Brathwaite struck four consecutive sixes in the last over off Ben Stokes to prevent a second T20 World Cup heading back to England.

But Morgan and co are among the favourites for a reason and will be confident of getting off to a strong start here.

Follow the action as it happens LIVE right here.

Dwayne Bravo has been surprisingly promoted up the order to number five and he sees out that Moeen over with two dot balls.

After coming down the track and hitting Moeen for back-to-back fours, Hetmyer perishes!

That was the wrong length for Hetmyer to be playing the shot and Eoin Morgan takes a simple catch.

Gayle hits back-to-back boundaries off Woakes to start the fourth over, with the West Indies picking up ten runs.

That's a wicket maiden from Moeen, what an effort that is!

Shimron Hetmyer joins Gayle at the crease and they need to dig the West Indies out of a hole here.

What a start this is for England!

Simmons is the second man to go, holing out to Liam Livingstone on the boundary as Moeen makes the breakthrough.

That was an excellent over from Woakes and a stunning catch from Moeen. That was not an easy catch to take.

Woakes concedes just two runs from that over as Chris Gayle joins Lendl Simmons at the crease.

Lewis attempts to smash Woakes for a six but he gets deceived by a slower ball and holes out to Moeen.

After a tight first five deliveries which only went for one run, Lewis smashes Moeen straight back over his head for a six.

Moeen Ali delivers the first ball of the game for England, which Evin Lewis promptly defends.

Mark Wood misses out on a spot in the team with an ankle niggle, but England do expect him to be fit for the second game against Bangladesh on Wednesday.

England have won the toss and they will bowl first.

England's T20 World Cup campaign will get underway shortly when they take on the West Indies in Dubai.

The game is a rematch from the 2016 final, which saw the West Indies win the tournament thanks to Carlos Brathwaite's final over heroics.

England captain Eoin Morgan is confident in his side's chances of winning the tournament, saying: “We're all excited, and we’ve played some of our best ever cricket in T20 World Cups.

“We know at the beginning of a tournament, probably more so in this tournament, you need to be the smartest, the most experienced, the most adaptable side in order to do well in the early stages.

“We know how gruelling World Cups can be, how hard they can be to go through to latter stages and how gruelling group stage games are and the ebb and flow of things.

“I think within our squad, we have the ability to manage that, so guys are excited at the challenge. There's a reason we have been considered contenders for this tournament, through our performance.” 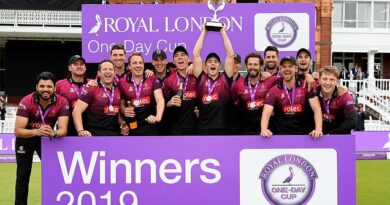 Royal London Cup showpiece relegated from a Saturday to a Thursday 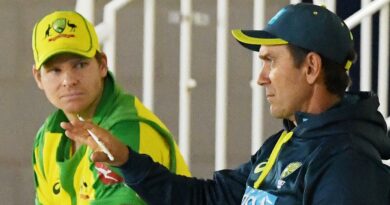