England and Germany have yet to come up against each other in women’s cricket. But on Wednesday night, they met face to face for the first time.

As part of an initiative set-up by the ICC’s European branch, members of the German team were privy to an audience with England captain Heather Knight and player of the match at the 2017 World Cup final Anya Shrubsole. The chat, originally scheduled for around 45 minutes, went on for an hour and a half. Knight and Shrubsole even donned German football shirts.

It was only last year that Germany Women – known as The Golden Eagles – played their first official T20i as part of the qualifiers for this year’s Twenty20 World Cup. Though unable to chalk up a win, they registered their first against Oman in February as part of a 4-0 series clean sweep. They are currently ranked 27th in the format.

With England second in the rankings, it may be a while till they meet in a competitive setting. But when they do, informal chats like Wednesday’s will have played a part.

The discussion was broad, from serious questions on technique, to comparing who was most likely to throw a tantrum on the field for the respective sides. Amid talk of dealing with pressure and match preparation were stories exchanged of how they all got into the game. 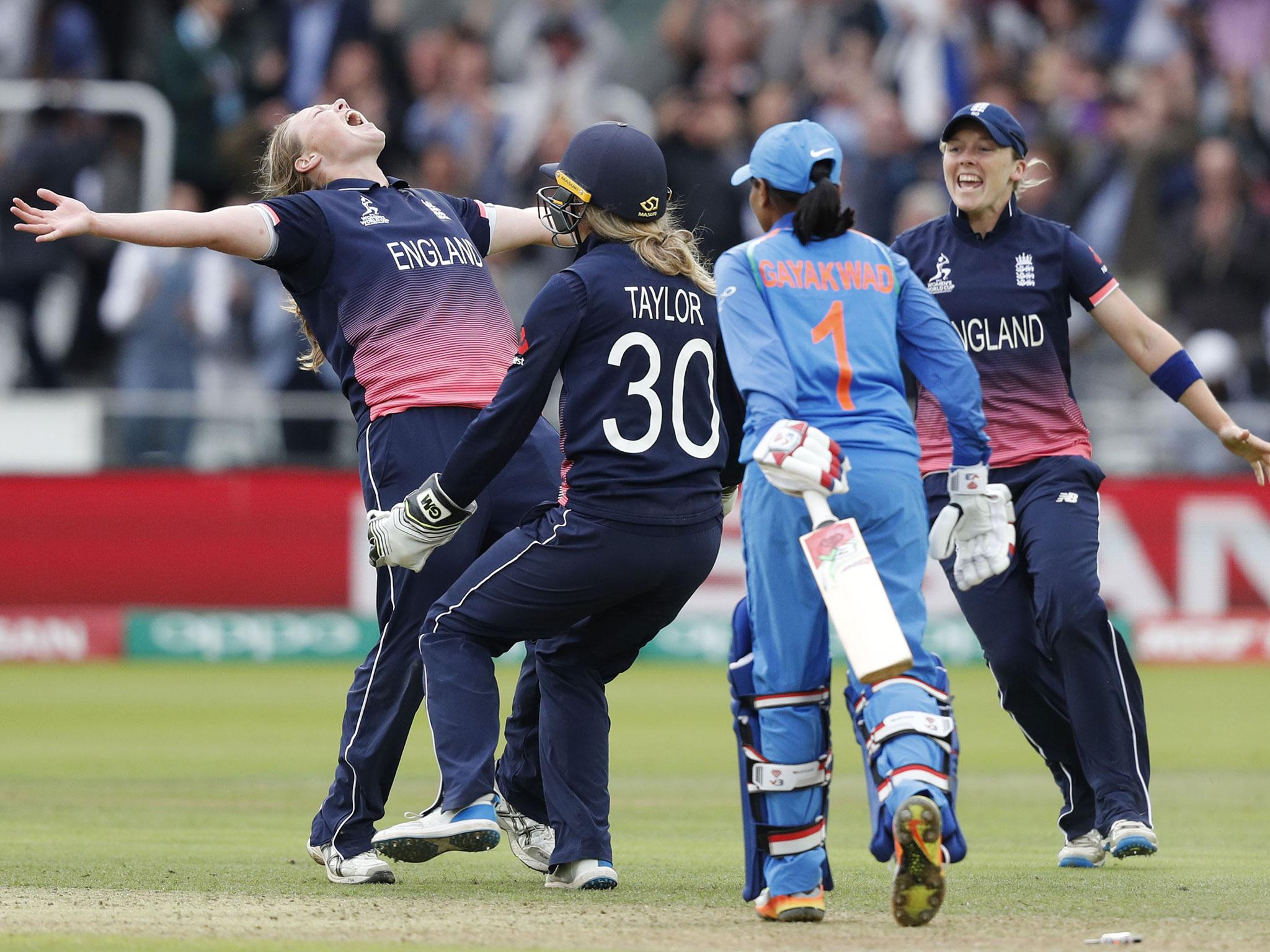 That was a slightly more one-way point of covnersation: both Knight and Shrubsole admitted to knowing very little of women’s cricket in Germany, and were curious as to what was on offer in terms of facilities (sports halls and astro-turf wickets) and how often they trained (one weekend a month). Unlike in England, there are no central contracts or state-of-the-art training programmes. German cricket is “fully amateur”.

Players are either students or professionals in other areas. Tours eat into annual leave – as serious as a hobby can get. Their progression, however, has been in keeping with the rapid evolution of women’s cricket.

The DCB has recorded an 86 per cent rise in participation since 2016, with women’s participation shooting up by 155 per cent. The number of female cricket teams has increased from 19 to 42 in this time. Just under 10,000 women took part in some form of cricket last year. Perhaps most noteworthy of all is that around half the players for the national team were born in Germany – a feather in the cap for the development initiative.

There are also strong roots to England which, along with the Netherlands, provides them relatively easy access to matches and grass pitches. Their last tour to the country was this time last year, flying into Stansted and relying on contacts to source opposition in London and minor and major county sides.

Head coach Michael Thewlis is an Englishman based in Ashington, Durham, and uses his contacts in club cricket to source placements for his players. Vice-president Monika Loveday also spent time in the region, while captain Anuradha Doddaballapur spent three years in the north-east as a student at Newcastle University.

While studying, the allrounder joined South Northumberland Cricket Club and made the Northumberland county squad. On a tour in 2018, she led a Germany side against many of her former teammates.

Off the back of this call, there’s a sense those links have only grown stronger,. “As a team we’ve never had an opportunity like this before,” explains Doddaballapur. “To be able to talk to some top international players about the game. It’s different from reading an interview or watching something. That personal interaction really matters.”

For most of them, previous interaction with Knight and Shrubsole had been from afar. Many of them were in the stands at Lord’s for Shrubsole’s six-wicket blitz against India in the 2017 final, and some were in Australia for the T20 World Cup, even making up the 86,174 who attended the final at the MCG between Australia and India. 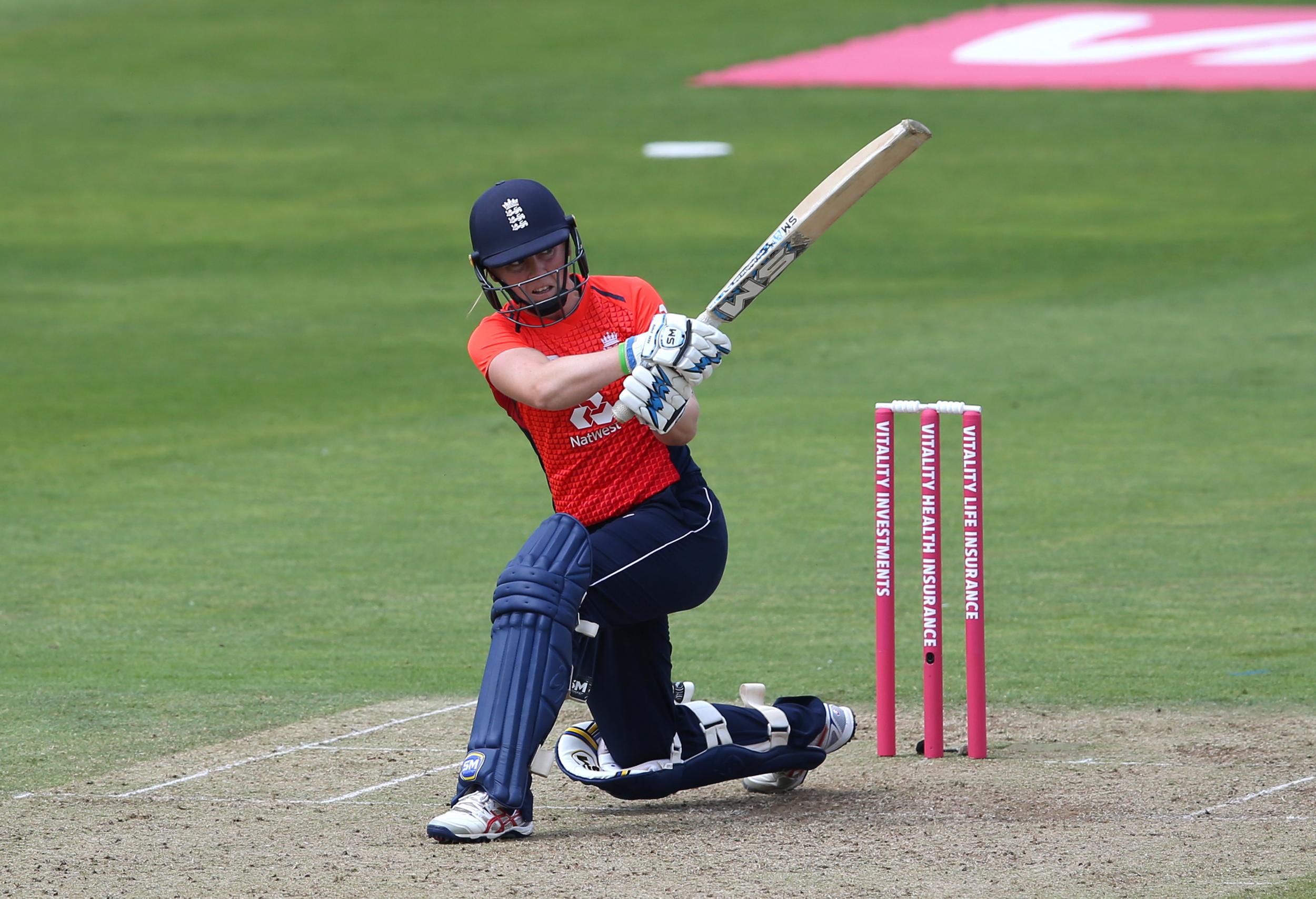 “Even though a lot of us are the same age or older than Heather and Anya, they’re still role models. We were chatting about how we might be able to get them over to Germany to do a training session or something when this is all over. This was a great way to get the ball rolling.”

In that way alone, the meeting was a huge success. While the medium was dictated by the ongoing pandemic, it is an interaction that would have been more reliant on chance in a pre-coronavirus world. Now, it may become the norm.

For better and worse, women’s cricket is routinely judged as a whole, and those at the top table have long seen it their duty to do what they can to bring teams up. Even if that means shuffling over.

“It’s really important as players that we don’t just pull up the ladder behind us,” said Knight after meeting the Germany players. “There are so many people in the game who can benefit from talking and learning from each other.”

At a precarious time in women’s cricket, these “practice sharing” sessions provide much-needed light at the end of the tunnel. Just as New Zealand took time after their World Cup warm-up match to share advice with a Thailand side on the cusp of their first major tournament, these remote pep talks can ensure that flow of knowledge and encouragement continues. Even while the game cannot.