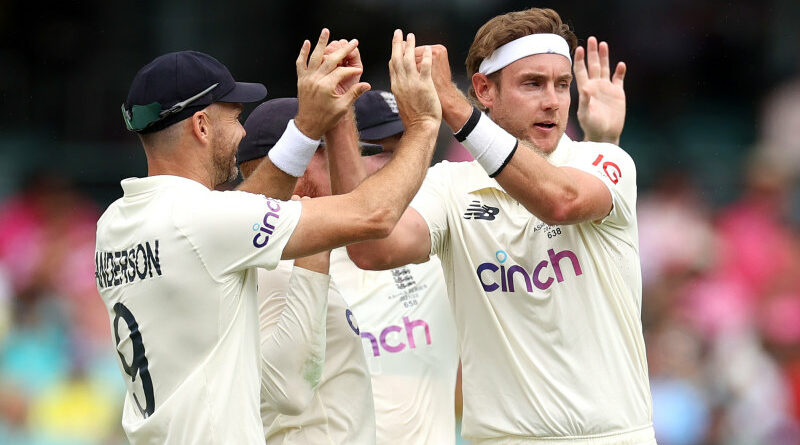 England’s cricketers have been schooled so thoroughly and literally in Australia, they must be hanging out for the end of term.

When they first arrived, Joe Root’s team was enrolled unhappily in the boarding school of hotel quarantine. Australia seems to be able to bend these rules for elite sportspeople and celebrities, but this England team didn’t qualify as either. From the start, they were required to be obedient. 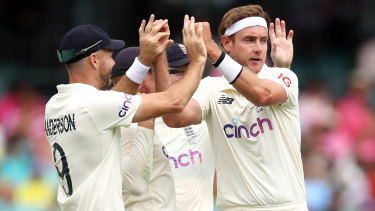 The next iron rule of this summer school is that whatever Patrick Cummins does is the right thing. So, when the captains tossed the coin half an hour late amid gloomy Sydney skies and a menacing weather radar on Wednesday morning, Root breathed a quiet sigh of relief that he called wrongly. He would probably have sent Zac Crawley and Haseeb Hameed out there, with his heart in his mouth and his pads strapped on; but he was pretty happy to be bowling.

James Anderson’s first ball duly exploded out of the pitch into David Warner’s glove. The master of swing bowling was bending the ball beyond even his control. At the other end, Stuart Broad had the ball flying by the batters’ ribs and on past Jos Buttler’s ears. Imagining his own batting group out there – and it could have been the whole group by lunchtime – Root might have been thanking Cummins for saving him from another embarrassing decision.

But that was to forget the first rule of this summer school: Pat knows best. Cummins batted first, therefore it was a batting wicket. Cummins was following history, and as the day developed, the undercurrents of time proved stronger than the momentary distractions of green grass, passing showers and treacly humidity.

Between rain breaks, the ball stopped swinging. It also stopped bouncing unevenly and deviating off the seam. England’s main chance had slipped by in the early overs, when Warner’s wilder shots came off the middle of the bat and Marcus Harris’s thick edges ran away safely.

The English players are experienced enough (perhaps too much) to feel when things are sliding away from them. Broad and Ben Stokes, touted by their stand-in coach before the match as “caged tigers”, must have been well-fed in their cages because their hunger only seemed feral for a few overs before they slipped into professional routines.

Now for another type of schooling. Since Brisbane, England’s bowlers have been constantly lectured on their length. Everyone from Ricky Ponting to the baggage guy has been telling them to pitch the ball up more.

Pitch it up! Mark Wood and Stokes pitched it up, and a grateful Warner drove them to the cover boundary. As if to make a point, Stokes even deliberately served up some ballooning half-volleys that even the baggage guy could have driven down the ground.

Yes, pitch it up, but not that much! Wood and Stokes then pitched it so short it could have gone over the top of three Warners. It was like an up-yours to all the armchair bowling coaches out there.

To show they knew how to do this thing, Wood then bowled the perfect delivery, which the Australian played and missed. Stokes bowled another lovely ball, which Warner edged straight down the throat of third slip, who happened to have been moved into the covers. And here was the moral of the lesson for the England bowlers, as it has been all series. When touring Australia, bowlers only have to do one thing, which is never make a mistake, never overpitch or underpitch, and while they’re at it, be lucky too. 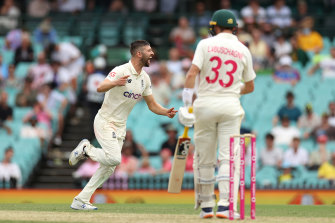 Broad eventually got his man again, and Anderson got Harris, both in orthodox style caught behind the wicket. For the veteran bowlers, the schooling they have received from on and off the field must have worn thin by now. With a combined age of 74, Anderson and Broad don’t deserve to be lectured like they’re still in short pants. For better or worse, Australia doesn’t have much respect for reputation (unless it is certified by the honourable Serbian tennis-medical complex, which we accept without question).

When Wood chipped in with the late wicket of Marnus Labuschagne, Sydney got the chance to welcome Usman Khawaja back to Test cricket and his home town. Eleven years ago, on a similarly rain-interrupted first day at the SCG, Khawaja made a celebrated debut in another dead rubber. He batted four places above Steve Smith, who was struggling along as a bowling all-rounder, and Australia lost by an innings for the second time in two weeks. Humbled, Australian cricket then went to school.

Now Khawaja joined Smith, paired again, older like the rest of us and wiser for everything that has happened between 2011 and 2022. There was a retro feel to Khawaja and Smith facing Anderson and Broad, the four survivors from England’s last win on Australian soil. There was a chance to reflect on how much has changed for each of those individuals and the teams they represent. Maybe all that education-for-life has been good for them. If their ups and downs have proven anything, it’s that defeat is never so conclusive that you can’t still learn something new. 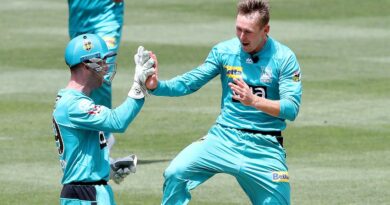 The moment Callum Ferguson decided to retire from first-class cricket 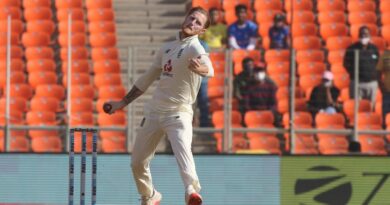