There can be no blame games from England at Edgbaston. No moaning about the pitches. No dark theories about the motivation of their critics. No grumbles about noise of the Indian fans.

Only victory will do, though even that may not be enough. At a stage of the World Cup where they were supposed to be limbering up for the semi-finals, England are fighting for their reputations. For many of the players, this will be the biggest game of their lives. No wonder Eoin Morgan issued a statesman-like call for ‘courage’.

The doomsday scenario — inconceivable a month ago when England were disposing of South Africa in the tournament opener and Ben Stokes’s miracle catch was going viral — has them knocked out as early as Tuesday. 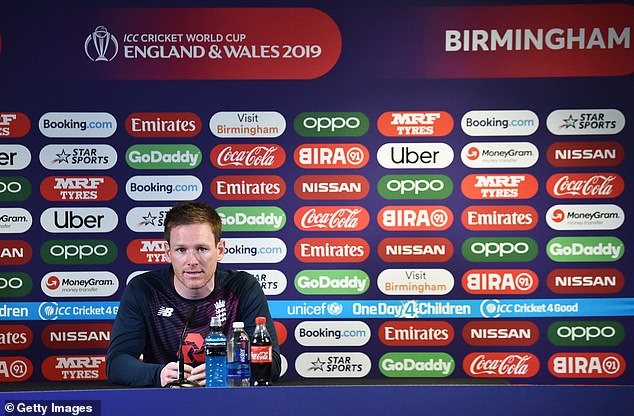 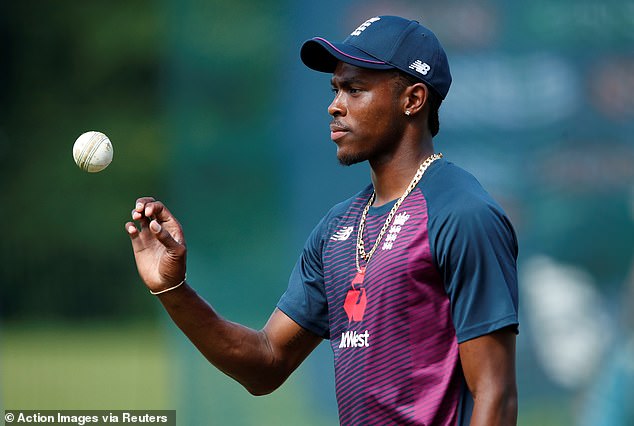 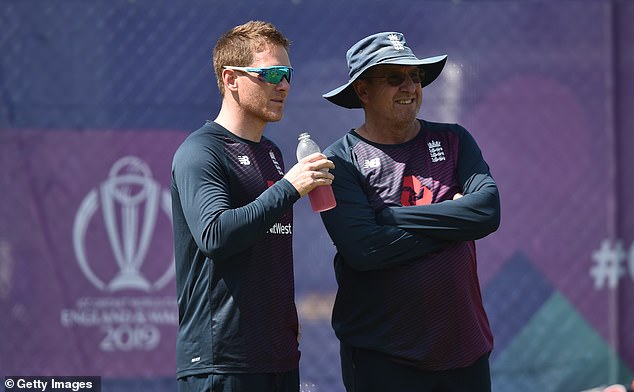 That would involve defeat on Sunday, followed by a Bangladesh victory over India at Edgbaston. England would then take on New Zealand at Chester-le-Street on Wednesday knowing that both Bangladesh and Pakistan, who meet on Friday at Lord’s, have a point more than them and could be denied only by a washout or a tie.

To exit the tournament with a game to go would be a repeat of their disastrous 2015 campaign, widely regarded as England’s World Cup nadir. This would be worse, though, because they are at home and began as world No 1 and favourites. They are No 2 now and threatening to join the also-rans.

With the sport desperate to attract a new following ahead of next summer’s 100-ball domestic competition, the disappointment at every level of English cricket would be crushing.

It is not a scenario Morgan was contemplating as he prepared to put right the defeats by Sri Lanka and Australia that have derailed England’s World Cup. 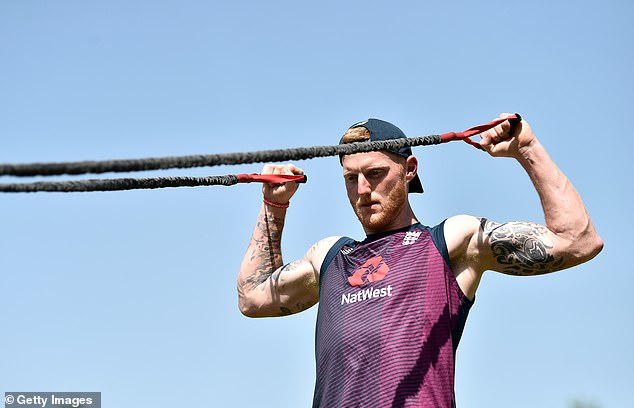 Captain Morgan though is not contemplating defeat and is focusing instead on past successes, even though memories of Ben Stokes’s wonder catch that went viral is now a distant memory 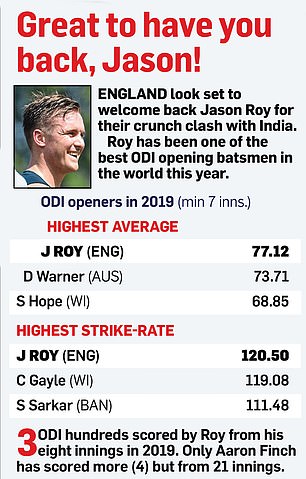 ‘Last time we played India, we beat them in a series,’ he said. ‘We lost away in a very close series but we believe, because we have beaten them before. There are two more group-stage games left. If we win them, we go through to the semi-finals and if we win that, we get through to a World Cup final. There’s still a lot on the line.’

England are expected to welcome back opener Jason Roy from the hamstring trouble that has ruled him out of their last three matches. They will also make a late call on Jofra Archer, who has a tight side. And waiting in the wings is Liam Plunkett.

Morgan even admitted he would be prepared to risk the short-term fitness of both Roy and Archer if it meant gaining an edge. The stakes are that high. But it will all be just tinkering at the edges if England repeat the errors of their last two matches and fail to adapt to pitches which have lacked the pace their batsmen enjoy.

‘It has been the most difficult part of the World Cup for us,’ said Morgan. ‘We haven’t adapted well enough. In order for us to adapt well to these wickets, we do need to be on the better side of our game.’ 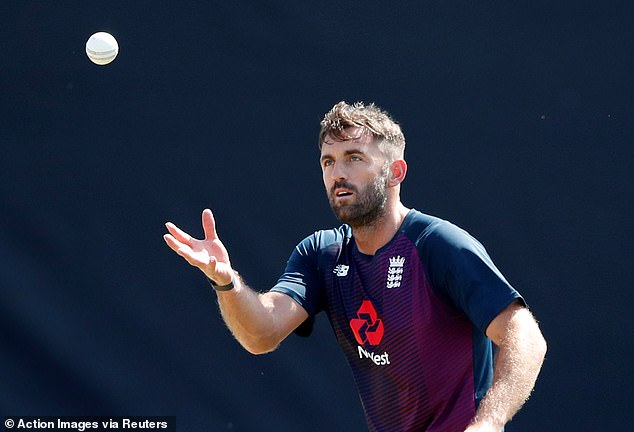 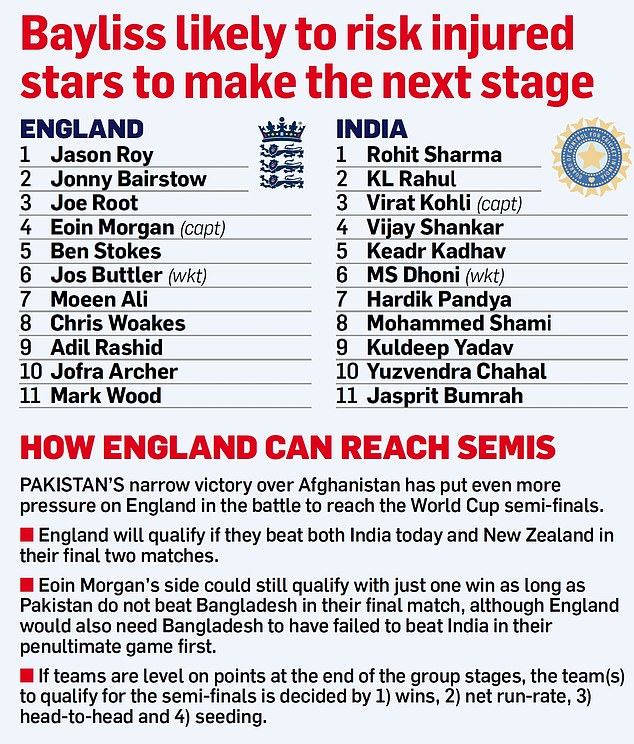 The vibe on Saturday at Edgbaston was that the pitch — a fresh one — for the India match would be batsmen-friendly, which at least put a spring in the captain’s step.

‘If it’s like that, we’re happy,’ he said. ‘We won’t have to think about adapting too much, or fighting our natural game. We can just go out and play. This game is about being clear about how we’re going to go about it collectively, showing a huge amount of positivity and backing it up with the courage to play that way.’

If they win the toss, England may even consider departing from their preferred strategy and batting first after failing in three of their four chases. The fact that this followed a run of 18 wins and a tie batting second in home ODIs sums up their state of mind.

Recent comments by Jonny Bairstow, who said critics had been waiting for England to fail, appeared to provide a window into the dressing-room’s soul, though Morgan had a theory by way of mitigation. ‘We all live in different parts of the country and up north there’s a lot more cricket talk and maybe criticism,’ he said. 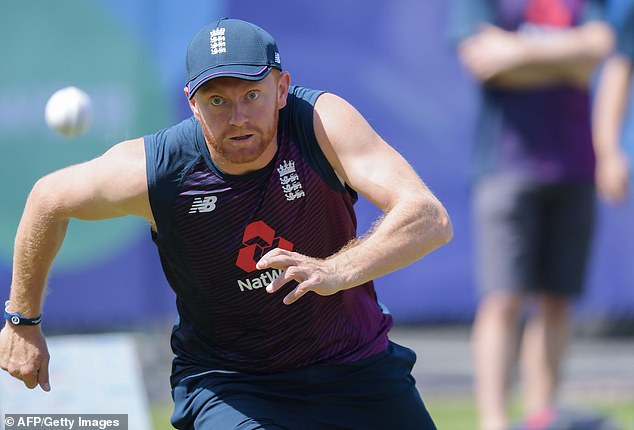 For India, who are all but through to the last four, English strife has provided a reassuring build-up. Did their captain, Virat Kohli, believe his opponents had succumbed to pressure? He allowed the question to hang in the air. ‘Well, I couldn’t explain that,’ he said. ‘Maybe, maybe not. Maybe it was just decision-making. I don’t know what the players are feeling inside. It’s for them to assess, not me.’

Yet India, despite being the only unbeaten side in the tournament, have vulnerabilities of their own.

Their bowling attack may be peerless but the batting has questions to answer. Against Afghanistan and West Indies, India were restricted to 224 for eight and 268 for seven. On both occasions, their bowlers rescued them.

England’s best chance may be to bat first and get a total on the board. It will be easier said than done. Then again, the alternative is too grim to contemplate. 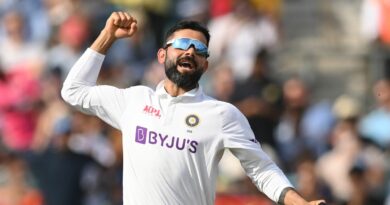 Shock journey from burger-flipper to selector