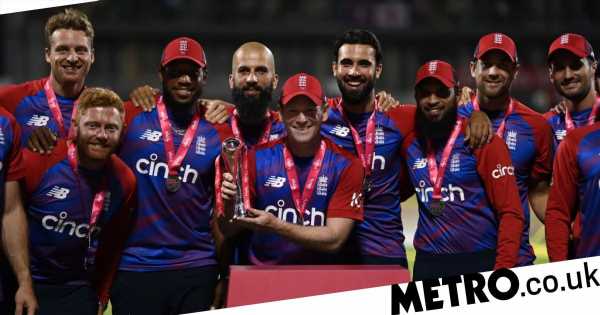 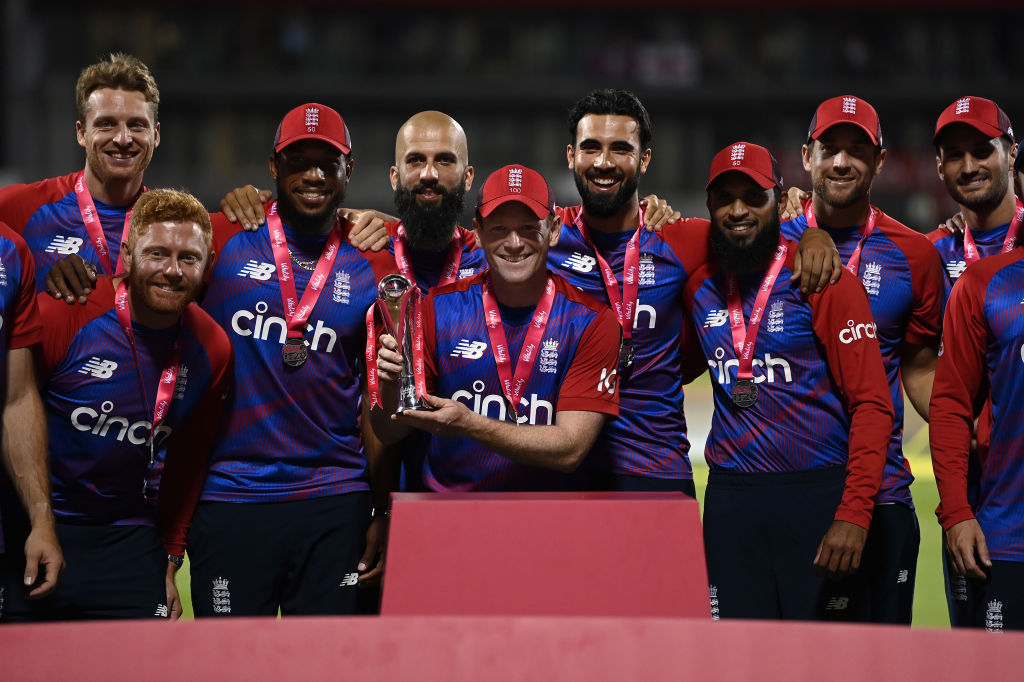 A beaming Eoin Morgan said England’s enthralling T20 series win over Pakistan meant a ‘huge amount’ and proved the strength in depth the team have at their disposal ahead of their forthcoming World Cup campaign.

England overcame a major slump in the second innings to chase down Pakistan’s target of 155, with Jason Roy scoring 64 to help the hosts secure a 2-1 series victory at a raucous Old Trafford.

Dawid Malan was bowled by Mohammad Hafeez in the penultimate over as England struggled to deal with Pakistan’s spinners but an immediate six from Liam Livingstone eased the pressure before Chris Jordan held his nerve to score the required runs.

With October’s T20 World Cup on the horizon, Morgan – who was dismissed with just four required in Manchester – heaped praise on his team-mates for their performance on what he described as the side’s ‘worst possible wicket’.

‘I think the style which we play naturally and the game which we’re best at, I think this is the worst possible wicket that we could actually apply it on so today is a very proud day for us.

‘On a spinning, slow wicket, managing to win a game against a very good side.

‘We’re always looking to push the boundaries, become a better side, and today we learned a huge amount from that.’

Morgan felt the partnership of Jos Buttler and Roy at the top of the order was key to England’s win on a turning pitch in Manchester.

‘I genuinely don’t think the ball will spin like that in the UAE having played a full IPL season there last year,’ he added.

‘It didn’t turn anywhere near as much as that so it’s fantastic preparation for a batsman but also the balance of the side, how that might look on a spinning surface.

‘Unnatural as it is for us to play on a wicket like that, the guys at the top of the order – Jos Buttler, it probably wasn’t his day – but the partnership between himself and Jason Roy really set up the chase.’

An unenviable task awaits as England prepare to wittle the squad down to just 15 men for the World Cup and Morgan believes there are ‘plenty of options’ to choose from.

‘There have been fantastic performances that guys have achieved when they’ve come in and played,’ he went on.

‘I think it’s been an outstanding exercise. One thing it gives us is plenty of options when it comes to selection.

‘A squad of 17 or 18 looks really strong at the moment. Unfortunately, we’ll only be able to take 15 but we’re in a really good position.’

England on the verge of sweeping to victory over Sri Lanka 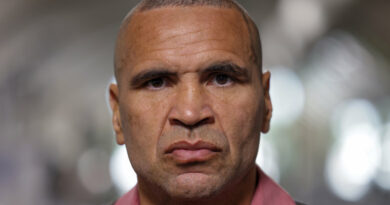