Cook's future had been in doubt after the three-year deal he signed following his international retirement in 2018 came to an end earlier this year.

However, the 36-year-old has agreed a two-year extension with the county, having scored 611 runs at an average of 32.15 and made two hundreds in the County Championship last season as Essex won the Division Two title.

Cook also featured in the Royal London One Day Cup, scoring 455 runs at an average of 56.87, ending the competition as the third-highest run scorer.

Essex announced the news on social media, using a clip from The Wolf of Wall Street to reveal that Cook would be staying at the club.

Reacting to the video, Cook's former England teammate Sam Curran wrote "This is good" and included a laughing emoji and a clapping hands emoji.

Fans were also delighted with both the news and the video, with one adding: "This is class".

Another wrote: "Soo good. Had me in stitches. Brilliant news. The longer it was going on the more concerned I was getting, but @JohnPStephenson and the team doing a great job getting this over the line #Essex".

Speaking about his new deal, Cook said: "I have really enjoyed my cricket here at Essex since my International retirement.

"We are lucky to have a fantastic dressing room and great coaching staff, led brilliantly by Anthony McGrath, and I’m looking forward to what is hopefully another successful couple of years."

McGrath added: "It’s great news that Cooky has committed his future to the Club. Alastair is still one of the best batters in the world and he’s so important for us both on and off the field.

"He has the ability to take the game away from the opponents in both red-ball and white-ball cricket, and that’s something every Head Coach wants in their team.

"He’s also a great role model the younger lads coming through and has a wealth of knowledge that all the players in our dressing room, including the senior pros, tap into from time to time." 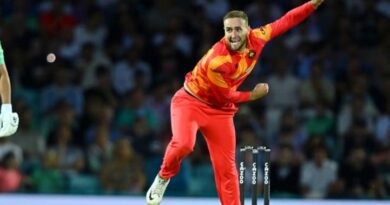