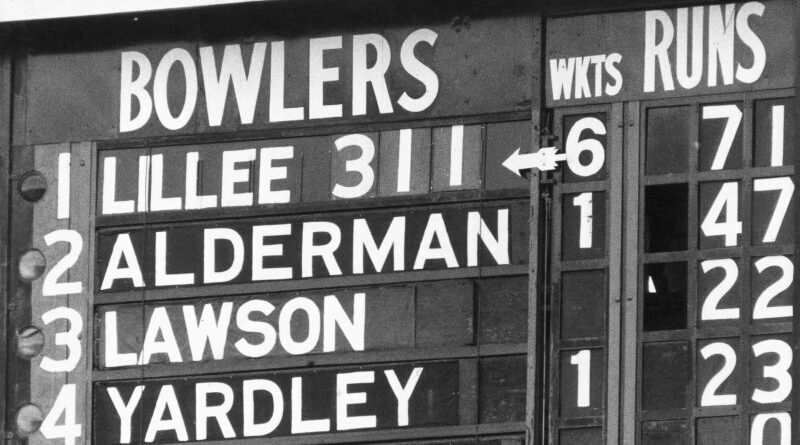 Australian fast bowler Dennis Lillee yesterday became the holder of the world record for the number of wickets taken in Test matches. 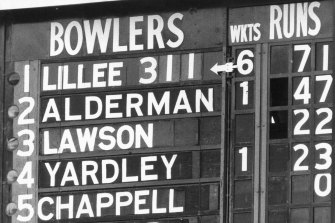 Lillee eclipsed the former mark of West Indian off-spinner Lance Gibbs at 2.55 in the afternoon when he had West Indian batsman Larry Gomes caught at first slip by Greg Chappell.

It was Lillee’s 310th victim in 58th Test. By stumps, he had stretched the record to 311 with the wicket of Andy Roberts in an astonishing 6/76 from 25 overs.

The effort of the 32-year-old West Australian has put Australia back into the first Test with a winning chance, after it was dismissed for only 198 on Saturday.

At stumps last night, after more than two hours play had been lost to rain, the West Indies was 9/187 in reply. Three days of the match remain.

The Australians were saved from complete humiliation on Saturday by a magnificent, unbeaten century from vice-captain Kim Hughes, who scored more than half the side’s runs.

Then, in 35 minutes before stumps, Lillee wrecked the first half of the West Indian batting, claiming 3/1 from 11 deliveries as the tourists slumped to 4/10.

A crowd of 44,894 — the largest at a Test match in Australia since the Centenary Test of 1977 — was at the MCG yesterday to see the record.

Lillee, who had Gomes missed by Chappell in his third over of the morning, had to wait until 2.15 to equal Gibbs’s record, when Jeff Dujon was caught on the square-leg boundary by Hughes.

There was a 20-minute delay through rain, and 20 minutes more play before Gomes finally fell and the crowd let out a gigantic roar. Lillee said later he was more relieved than elated when Chappell took the catch. “I was tired at the time and it didn’t really sink in,” he said.

Lillee’s ability to overcome injury, illness and clashes with authority has made him a legendary figure.

In 1973, he was out of the game for a year with stress fractures in his back. Earlier this year, he was flattened by a bout of pneumonia in England but played on. 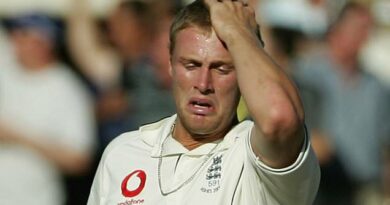 England’s Moeen Ali has ‘unfinished business’ as he rejoins Warwickshire 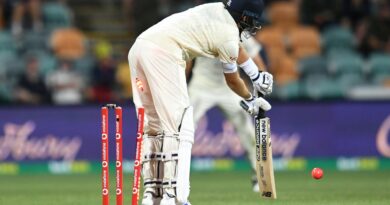