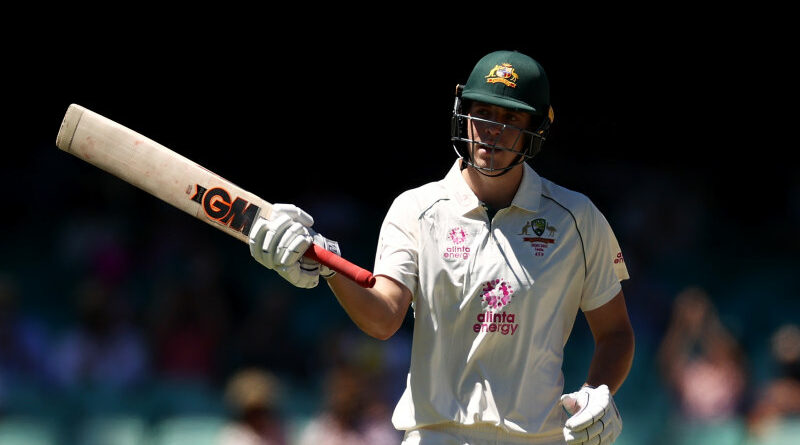 Just as it was with Will Pucovski on Thursday, Cameron Green proved on Sunday that he belongs at Test level with a sparkling innings of 84 that will convince even the most sceptical onlooker Australia have unearthed an absolute gem.

With 68 runs from four previous innings at Test level and no wickets yet to his name, Green was still to nail down his place in the starting XI. 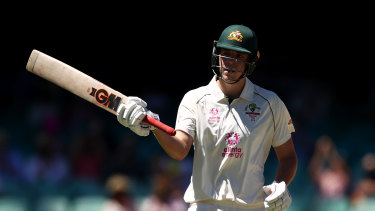 Cameron Green was on fire at the SCG.Credit:Getty

No one has questioned his potential and when Greg Chappell labelled Green Australia’s brightest prospect since Ricky Ponting, it was a comment that carried serious weight.

Then came the actual wait. How long would Australian fans have to wait to see the best of the blond kid from Western Australia, who hits a very clean ball and bowls a heavy outswinger.

Having made a 21-ball duck in the first innings, Green had to face a second new ball in his second knock after Matthew Wade’s ugly dismissal.

Strolling to the crease at 4-148, Green was patient to begin with while Steve Smith batted with freedom and confidence at the other end. In terms of batting partners, there are none better than Smith in full flight and he was seemingly racing towards a second century of the match.

Another Australian collapse could have slightly opened the door for India but Green handled the pressure, patiently punching and prodding his way during an innings of real substance.

Although he is much taller than Pucovski, the 21-year-old Green looks as though he has ample time when playing his shots.

He was eager on a number occasions to latch onto anything short and while he misjudged the length at times, he struck a few well-timed pull shots to get the crowd's juices flowing.

Once he passed 50, off 116 balls, he accelerated. Knowing he might not have enough time to craft a maiden century, Green cleared the front leg a number times, keeping his shape as he tried to belt India’s attack as far back into the stands as possible. He is a strong boy.

In the space of six balls, he struck three sixes – two off Mohammed Siraj before another off Jasprit Bumrah.

Green's innings was interrupted when play was stopped for 10 minutes after Siraj reported to umpire Paul Reiffel that he had allegedly been abused by members of the crowd in the Brewongle Stand.

His innings came to end when, riding his luck, Green edged a ball behind with a dream century in sight. His final 33 runs came from 16 balls in as entertaining a finale to an innings as has been seen at the SCG for some years.

His departure prompted Tim Paine, at the other end with a brisk 39 from 52 balls to his name, to declare and send India in with a home victory all but secured.

Few would now question Australia's persistence with Green, whose ability to act as a fourth seamer could become invaluable in years to come.

And if his career continues in this fashion, they may have found themselves a genuine poster boy for the next decade. 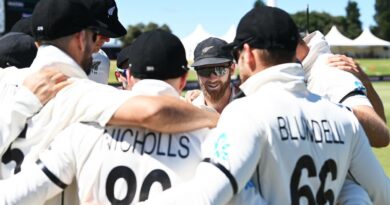