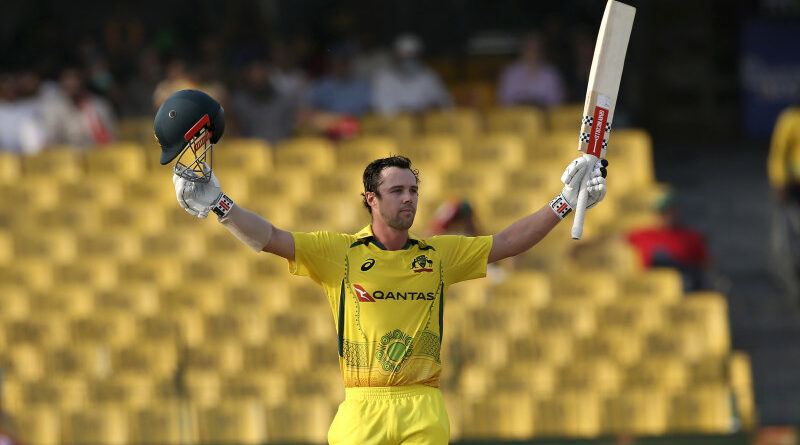 Travis Head has made a spectacular return to the one-day arena, crashing a century and then claiming two wickets as a second string Australian side upset Pakistan in Lahore.

Playing his first one-day international in four years, Head hammered 101 off 72 balls as a severely unmanned Australia beat Pakistan by 88 runs in the first of a three-match series on Wednesday morning (AEDT). 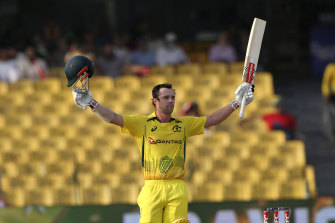 The dynamic left-hander claimed there was no set plan to attack the bowling so vigorously from the outset.

“It’s just the way things panned out,” said Head, who was named player of the match.

“You get a start where you find the middle and get a few opportunities to find the gaps. I felt that I just flowed.”

Given a squad missing most of Australia’s biggest stars was further depleted by an injury to Mitch Marsh and COVID to Ashton Agar and Josh Inglis, Australia can be excited about its depth going into next year’s one-day World Cup in India.

On paper it appears the Australian team not playing was better than the one which performed so well.

In their absence a number of players put their hands up. 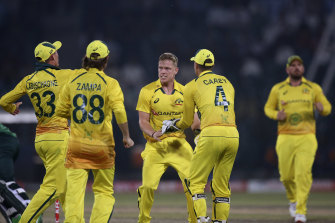 Head understands that Australia’s long-established white ball combination at the top of the order is Warner and skipper Aaron Finch.

“They’re an outstanding combination and have been for a long time,” Head said. “I’ve waited a long time to get another opportunity and to get it at the top is nice.

“I see myself trying to bat at the top of the order or in the top three. I have batted there for South Australia for a long time.

“The opportunity has arrived now, which is great. If I have to wait a little bit longer after this series so be it.”

The other exciting batting inclusion was all-rounder Cameron Green, playing in place of Marsh, who scored an unbeaten 40 from just 30 balls when Australia’s run rate threatened to stall.

Seamer Nathan Ellis and leg-spinner Mitchell Swepson, who played his first Test earlier in the month, were handed one-day debuts. Swepson claimed two wickets and Ellis took 1-36 from his eight overs, bringing his clever Twenty20 variations to the one-day table.

The bowling star was Australia’s best white ball spinner Adam Zampa, who claimed 4-38 from his 10 overs and was on a hat-trick when he took his 100th one-day wicket.

Given the opportunity to open the batting in the absence of Warner, Head put a difficult Test series behind him to dominate a partnership of 110 in 14.4 overs with Finch (23 from 36 balls).

The left hander monstered the Pakistan seam attack, continually crashing the ball through and over the off-side in a lesson highlighting where not to bowl at him.

When Head was in full flight it appeared Australia would make 350 until he chipped Iftikhar Ahmed to mid-off soon after bringing up his second one-day hundred in 43 matches.

The run rate slowed with his departure through the middle order as Ben McDermott made a hard fought 55 from 70 balls at No. 3 before being run out. 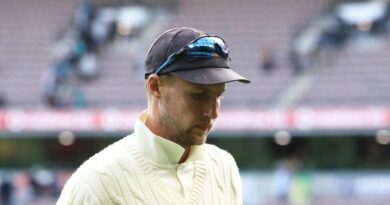 What can be done to improve the fortunes of England Test team?