Home » Сricket » ‘I hope they know better than us’: Star Renegade puts heat on BCCI

The Melbourne Renegades will be aiming to qualify for their first WBBL final on Thursday night and have had many valuable contributors throughout the campaign. But one woman stands out above them all – Harmanpreet Kaur.

Indian all-rounder Kaur has been brilliant, topping the Renegades for both runs (399) and wickets (15) by some margin – 82 runs clear of countrywoman Jemimah Rodrigues (317) and five wickets ahead of Ellie Falconer and captain Sophie Molineux, who have both taken 10 scalps. 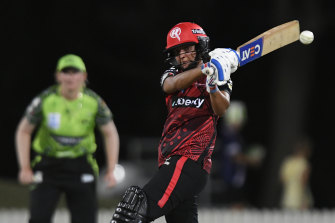 Harmanpreet Kaur has starred for the Renegades this season.Credit:Getty Images

She was duly named player of the tournament on Wednesday, finishing with 31 votes – three clear of Perth opening batters Beth Mooney (28) and Sophie Devine (28) – and described the honour as a very big achievement.

And she was hopeful that the success of the WBBL would eventually lead to the creation of a women’s Indian Premier League tournament.

“I think we have been looking at this for a long time and I hope sooner this IPL will also start, and we all join with overseas players over there, so that they can also share their experiences with our domestic players. This is something we are really waiting for.

“I hope they know better than us, when to do and when to start, and they’re also thinking about that, and I’m sure they will definitely come up with something for women’s cricket.”

The Renegades will take to the field in the Challenger final against the Strikers at Adelaide Oval on Thursday night, and given they have only made it to one final from a combined 16 seasons of men’s and women’s competitions, it will be a rare opportunity for the women in red.

They will be hoping to emulate their male counterparts’ sensational 2018-19 final victory against crosstown rivals the Stars.

But before they can start dreaming of a shot at championship glory, they must first get past the Strikers.

Despite losing their last two matches, the Renegades headed into the knockout stage as the second-best team in the competition, having lost just four of their 14 regular-season games.

Kaur was the only Renegade to make it into the WBBL team of the tournament and if Adelaide are to claim victory, they are surely going to have to curtail her influence. She also boasts the best batting average in the WBBL this season (66.50), having only been dismissed six times, while she also owns the Renegades’ best strike rate (minimum 10 innings) of 135.50 and second-best bowling average (20.40).

With knocks of 81 not out, 65 and 73 not out in her last six innings against the Thunder, Heat and Strikers respectively (which incidentally are three of her team’s four best individual scores of the campaign), and recently taking her season-best figures of 3-22 against the Stars, she heads into this pivotal clash in superb form and is set to return to the line-up after missing the last game due to illness.

“I’m very thankful to my team and all the support staff, they have been great during this time and have supported me a lot,” Kaur said.

“It’s been totally a team effort – I was just doing the job the team was requiring from me.

“We have a team that has gelled together. We support each other and that’s what we have been doing … I haven’t put any extra pressure on myself, I’ve just enjoyed being here and supporting my teammates.”

The Renegades are far from a one-woman team. Despite managing just 24 runs from her last three digs, opening batter Rodrigues also looms as crucial to their hopes of victory with a strike rate of 116.11, an average of 28.81, two 50s and a top score of 75 not out to her credit this season.

However, the opening partnership has been a bit of a weakness for the Renegades at an average of only 28 this season, with just two such unions exceeding 50 runs. Rodrigues and presumably Eve Jones, who has been Rodrigues’ most regular partner at the top of the order, will be keen to buck that trend on Thursday night.

Kaur will also rely on support in the bowling attack from medium pacer Falconer, spinner Molineux, who has the third-best economy rate (minimum 35 overs bowled) in the competition at 5.64 per over, and leggie Courtney Webb who has nine poles at a team-best 19.00.

Kaur also described the WBBL as “great preparation” ahead of the 2022 Women’s World Cup in March in New Zealand.

“I think the best thing about playing this tournament was that New Zealand wickets are very similar to Australian wickets and I hope this experience will give me lots of confidence and definitely the other [Indian] girls who were part of the WBBL,” she said. 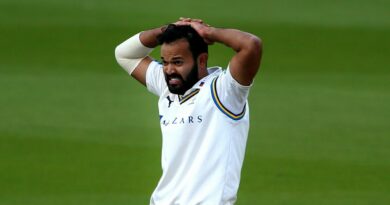