Home » Сricket » ‘I might watch it’: Why Langer declined interview for Amazon documentary

Australia’s former coach Justin Langer has opened up on why he declined to be interviewed for the second series of The Test and refuted suggestions there is still tension with current players.

In a wide-ranging interview with the Herald and The Age before the release of Amazon Prime’s second instalment of The Test documentary on Friday, Langer said he was intrigued to see the final product, which looks back at his controversial exit as head coach early last year.

“[The first one] was [Tim] Painey and myself and coming back from Sandpapergate. I’m not sure how much Andrew McDonald or [assistants] Michael Di Venuto or Andre Borovec will be in this documentary. My understanding is it’s not much.

“I’m very interested to see how it’s presented. I’m hopeful there is respect shown for everyone, not just for me. You go into these docos with a lot of faith in people. I might watch it a bit, just the first episode or so, just to make sure it’s portrayed respectfully and decently.”

Director Adrian Brown said this week Langer was asked to tell his side of the story following his departure after members of the playing group said the team needed to go in a different direction. 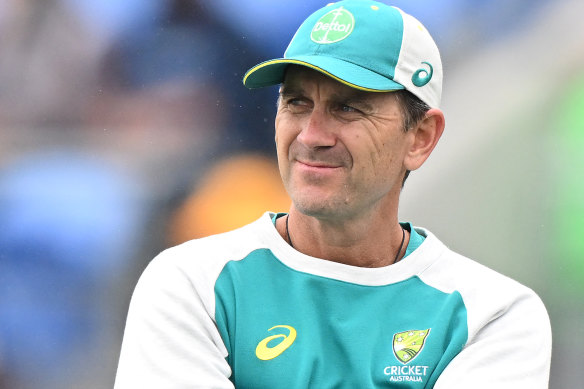 Several interviews with Australian players weren’t used in the final cut because Langer did not take part. “We knew if Justin was to participate, we could have had his side and then gone back to the players,” Brown said.

Episode three will air unseen footage of how events unfolded when Langer left the Australian set-up before last year’s Test series in Pakistan, including a team meeting at which captain Pat Cummins asks players if they have any queries about the changeover.

Asked if he had any control over what was shown in the final cut, Langer replied: “Zero. Like most of these things, it was really important that it was presented respectfully and fairly from my point of view because I wasn’t going to be involved in it.

“You’re going to see a few of the quotes come out. I haven’t seen the documentary. I haven’t seen one second of it. If there are negative connotations, people tend to go to that. If people think it’s all negative, that’s crazy.”

In the documentary, players offer their opinions on Langer’s resignation, which came after Cricket Australia offered the former Test opener a six-month extension after winning the T20 World Cup and Ashes. Langer turned the offer down.

“He wanted to keep coaching,” Australia’s opening batsman David Warner says in the documentary. “I think it was a bit of a kick in the face to offer him a six-month contract.

“From my perspective, yeah I could say he lost a fair few players and probably the wrong players.”

“That’s usually how it works,” Langer said. “Davey is right. You lose a few players or people don’t like the way you go about your business, and it makes it hard. That’s also part of being a head coach. One thing I’ve learnt in life is if you try and please everyone, you please no one. Of course, there’s not a head coach in the history of the world who every player loves. 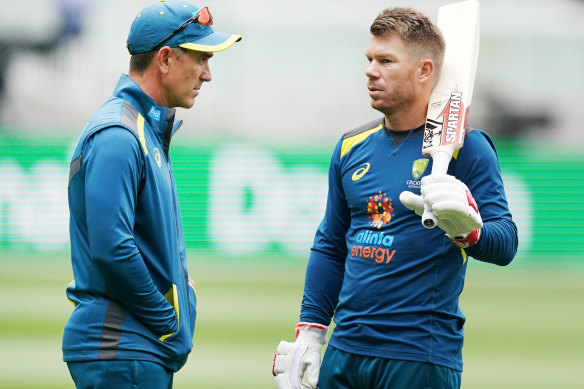 Justin Langer and David Warner at the Boxing Day Test in 2019.Credit:AAP

“The truth is, on my kids’ lives, 90 per cent of the players I’m still in touch with. I have been for 10 months. Every time we see each other, we give each other a hug. It’s like I was still the coach. When I saw the players [during the summer while on commentary duties], it was no stress. I knew it wouldn’t be. There was this big narrative that we hated each other. It’s just not true.

“That’s why it’s been so hard on my family. [My family say to me] ‘They’re making it out like you hate each other’. No stress. I get it. I probably didn’t like their style as a player either. That’s OK. That’s life. When you have to do selections and have tough conversations, that’s part of being a coach.”

Lyon, who praises Langer for his passion, admits in the documentary he struggled with the coach’s volatility.

“They say I’m unapproachable when we lose,” Langer said. “I say, ‘Yeah, I go quiet’ … but it lasts maybe for two hours but never more than 24. Hand on heart, I don’t think I was angry. I was just quiet. Some people have 10 beers and smile their way through it.

“My mind was going a million miles an hour to work out how we can get it better next time. Anyone who knows me knows I’m like a f—ing hippy, mate. I love reading and writing and gardening.”

In episode three, Cummins broaches the subject of Langer’s exit and his decision to release a public statement backing his teammates.

In February, Cummins said: “To all past players, I want to say this: just as you have always stuck up for your mates, I’m sticking up for mine.”

In the documentary, Cummins says: “CA sourced out quite a few people for their feedback but there was nothing out of the blue then. He was brilliant when we needed him in those initial years.

“I was going to say something straight away. Then I thought there’s just so much rubbish out there and so much noise that, let’s just give it a couple of days. So, I remember sitting down. I basically wrote a few thoughts.”

In the documentary, left-arm spinner Ashton Agar says of Cummins’ response: “It was incredible. It was eloquent, it was thoughtful and it was supportive of his players.”

Langer told the Herald and The Age that headlines saying players had been “walking on eggshells” were misleading and referred to comments by opener Usman Khawaja in the previous documentary.

“That actual scene, we’d just come back from Sandpapergate and we’d just been beaten by India in Melbourne,” Langer said. “That all comes down to one single meeting we had post-game after losing in Melbourne. Uzzie was unbelievably positive about me publicly after all this stuff was going on.

“Uzzie is one of the best people that I have met in Australian cricket because he’s so honest. I respect that so much.” 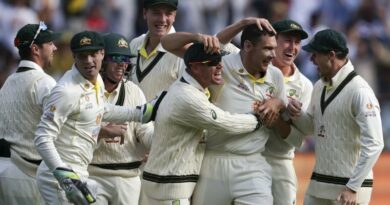