Home » Сricket » ‘I wrote Gladys Berejiklian a letter’: O’Keefe reflects on fame as he prepares for last hurrah

Sydney Sixers tweaker Steve O’Keefe admits this Big Bash may be his last. Perhaps his last tournament in professional cricket.

After a 16-year career on the big stage, it’s only fitting that O’Keefe has a working title if indeed this is his final summer sending down his left-arm spinners.

“I’ve had more crosses against my name than a game of tenpin bowling,” said O’Keefe with a laugh. “How about SOK’s last strike?”

O’Keefe, who will feature in the Sixers’ opening Big Bash match at the SCG against the Melbourne Stars on Sunday, is one of Australian cricket’s great characters and has never been afraid to speak his mind.

His interviews are candid and often self-deprecating in an age where athletes are encouraged to not stray off message or say anything too controversial.

Through mostly highs, but a handful of lows, O’Keefe has remained true to himself, having come from humble beginnings in Hawkesbury. 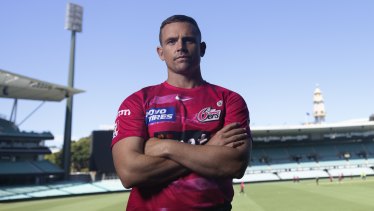 Sydney Sixers spinner Steve O’Keefe says this summer’s Big Bash is likely to be the end of his long career.Credit:Brook Mitchell

“My first job was chopping onions in a Chinese restaurant,” O’Keefe said. “My second job was working with a builder where I worked as a labourer for nine months. I’m not very handy on the tools.”

O’Keefe lost his Cricket NSW contract in April last year and retired from first-class cricket on the spot, having taken 309 wickets at an average of 24.66 – figures many could only dream of.

Compounded by COVID-19, it wasn’t all smooth sailing in the aftermath.

O’Keefe has found his feet now. He’s happy to give it his all on the Big Bash circuit for a few months a year while fulfilling a passion for property and, in doing so, getting his hands dirty on the occasional building site.

“You get in such a routine of cricket being your life and then, once it all ends, it can be a bit of a shock to the system,” O’Keefe said. “It’s not been easy, but I’ve had 15 great years at Cricket NSW and playing for the Blues. 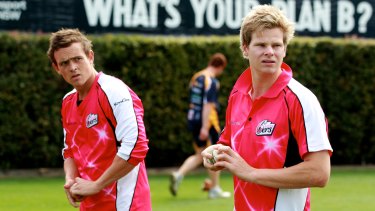 Steve O’Keefe and Steve Smith at a Sixers training session in 2012. Credit:Edwina Pickles

“We’ve got Big Bash cricket now where you can wean yourself off from playing. Previously when you didn’t have a contract, you were done. I’d see guys get cut and you’d be less sympathetic because you were just interested in playing. If anything, you were kind of happy that was one gone and [it meant] more of an opportunity for you. When it finally strikes, you realise how tough that is.”

O’Keefe’s outspoken nature was no more evident than last month when he said he “didn’t like” Western Australia premier Mark McGowan.

O’Keefe wants to clarify that his comments were tongue in cheek and explained why he actually has genuine admiration for our politicians. 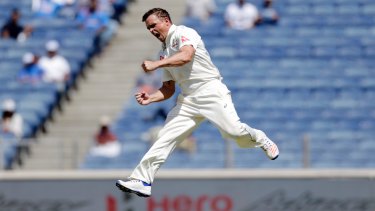 Australia’s Steve O’Keefe celebrates after dismissing Virat Kohli during a Test in Pune in 2017. Credit:AP

“I do not for a second underestimate the job that our premiers have to do, to the point my girlfriend and I wrote [former NSW premier] Gladys Berejiklian a letter,” O’Keefe said. “When she stood down as premier, my girlfriend and I were pretty emotional about what we saw on the TV. We said to her, ‘You supported us through our biggest time of need and now it’s time we try and get in behind you’.

“In early November she wrote back a letter. She said our note really lifted her spirits. [Girlfriend] Lexie and I have the note on our fridge at home and we’re buzzing over it.”

Of all cricketers, O’Keefe knows that life in the spotlight brings with it behavioural expectations.

Having been fined twice for alcohol-related incidents, O’Keefe has a unique perspective on the Tim Paine scandal and how to deal with the aftermath.

“It’s a big double-edged sword because there’s part of it where we want that notoriety or to be seen … you can profit and make a living off the game … but on the flipside of that, the game is also merciless if you make a mistake,” O’Keefe said. “[If you slip up], it’s going to be unforgiving, it’s going to be everywhere and you have to wear it, speaking from personal experiences.

“If I went out and had a beer at the pub, someone would shake your hand and say ‘well done’, another bloke would give you a bit of a gobful for being a loudmouth or getting in trouble. Do players deserve that? I don’t know.

“I think what we expect from our players is they’re going to be good players and they’re also going to be great citizens and great role models. They don’t work hand in hand sometimes.

“I don’t know the ins and outs of the Tim Paine situation, but I feel for everyone involved. You never like to see cricket brought down in any way or people hurt in any way. I don’t think there’s anyone winning out of this situation. It’s tough to see and read. Is the bar too high? Some will argue yes, some will argue no. I’d have to give it a bit more thought.”

O’Keefe is refreshed and ready to go for the Sixers as they aim for a third straight BBL title. Some say he’s bowling as well as ever, but O’Keefe will soak these next few weeks in more than normal.

“It’s been a hell of a ride the last 10 seasons at the Sixers,” O’Keefe said. “If this is the last one, whatever the result, I’m trying to look at it from a different lens of just being a bit more grateful and enjoy the experience.” 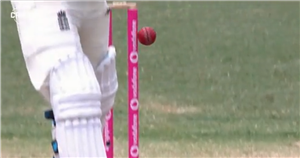