The scandal engulfed the Australian side during the tour of South Africa in March with sandpaper used to rough up one side of the ball.

Waugh said the lack of tough punishments for ball tampering from the ICC in the past allowed cricketers to get away with the act for too long allowed.

“You know they push the boundaries a bit by throwing the ball into the rough on the ground, which they shouldn’t do and then it’s escalated from there. It’s a shame how it got to the point that it did but I guess the authorities let that happen,” Waugh said to ESPNcricinfo.

“There have been captains in the past who have been done for tampering with the ball and the penalties have been very lenient so there was no penalty for doing something wrong and it was always going to get to the case where it got out of control.”

At the time, the ICC gave Smith the maximum penalty under the code of conduct — a fine of 100 per cent of his match fee and a one-match suspension, while Bancroft got three demerit points and a 75 per cent fine.

Cricket Australia then handed down a one-year suspension each for Smith and David Warner, while Bancroft got a nine-month ban.

Ball tampering was a level two offence in the ICC code of conduct but it has now been made a level three offence which has a ban of up to six Tests or 12 ODIs.

Waugh called the attempt to sandpaper the ball “stupid” and it has led to two reviews from Cricket Australia, with the details of one set to be released on Monday.

“They are in a bit of a bubble and they are protected, you know they are insulated from a lot of things,” Waugh said.

“They’ve got a lot of people around the side that protect them and tell them how good they are and how everything’s fantastic and sometimes you can lose touch with reality and I think that was best summed up when Steve Smith said that ‘we won’t make that same mistake again and we’ll just get on with it’.

“They just didn’t realise how big a mistake it was and what they’d actually done. So that, to me, just summed up that maybe they were out of touch with what the average person thinks.”

Waugh added the outrage from the Australian public was not surprising with the way the side puts itself “on a pedestal” but it was blown out of proportion.

The fallout has been tough on the players with Candice Warner admitting earlier this month it had been a “really tough” time for David.

“When David has his bad days, they are really bad,” she said. “But they are few and far between now.

“He’s back playing cricket. He’s playing for (Randwick) and he’s loving that. That’s helping with the whole process and just getting back out there.”

It’s not the first time ball tampering has come to the fore.

In fact, at the time of the ball tampering scandal, former Australian captain Allan Border penned a column for Fox Sports and said players looked to change the integrity of the ball back in the 1970s in a bid to master the art of reverse swing.

“Australia isn’t the first country to be drawn into ball-tampering over the years. and you definitely cannot say every era has been squeaky clean,” Border wrote.

“Look back over the years and players will recall putting (Bryl) cream, lip balm, mints and lollies on the ball to shine up one side and get it to swing more.

“We (Australia) used to try and fiddle with the quarter seam to try and lift it and get the ball to just behave a little bit differently if there was nothing much happening.

“You’re always searching for something to go your way.

“It’s not as if all of us were squeaky clean as far as this type of thing goes.”

With the upcoming one-day series between Australia and South Africa, Proteas captain Faf du Plessis said there wouldn’t be any ball tampering talk in the sledging between the sides.

Du Plessis has twice being found guilty of the offence.

One of those occasions came during South Africa’s previous test tour to Australia, when he was accused of using sugary saliva from a hard candy to change the condition of the ball.

“I don’t think us as a team would go there,” du Plessis said last week.

“It’s got nothing to do with the cricket — it’s in the past. In terms of what happened in Newlands, that’s in the past for us. For us, it’s business as usual.” 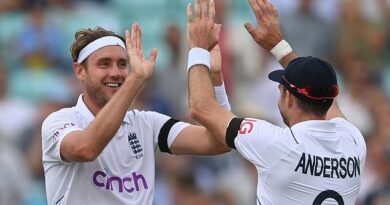