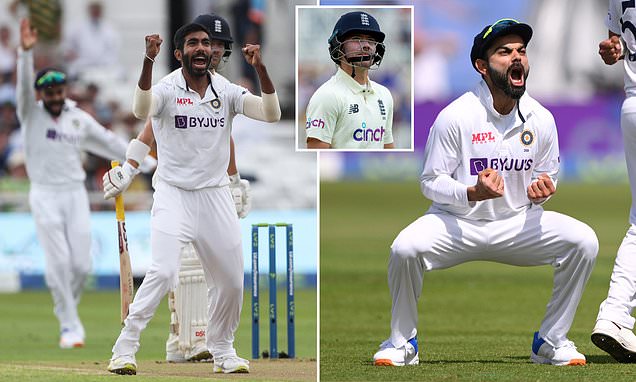 India struck to remove England’s Rory Burns and Zak Crawley before lunch as the much-anticipated Test series got underway at Trent Bridge.

After Joe Root won the toss and elected to bat, England made the worst possible start when Burns fell to a fifth-ball duck. 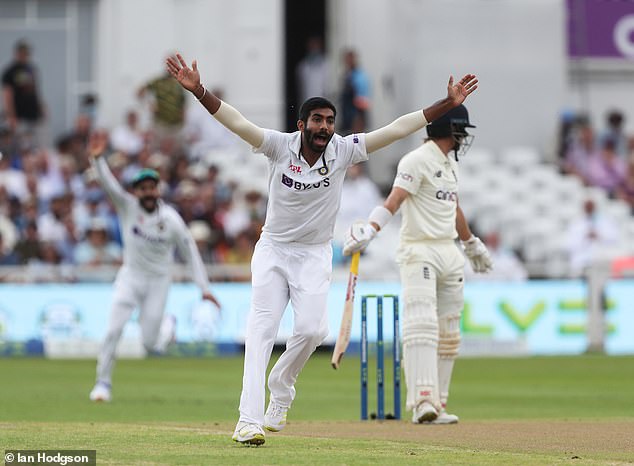 Jasprit Bumrah appeals for the wicket of England opener Rory Burns in the first over of the match, with the LBW decision upheld following a review 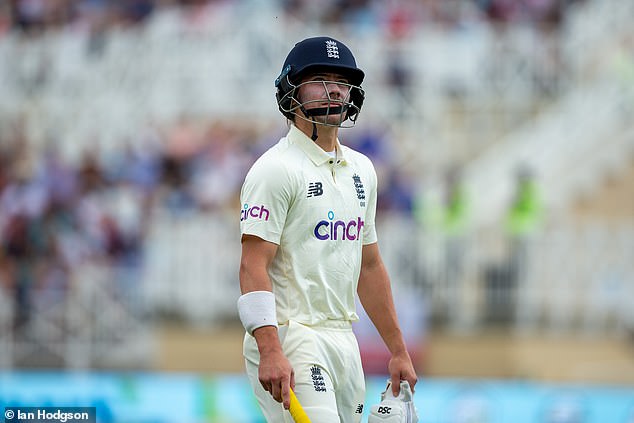 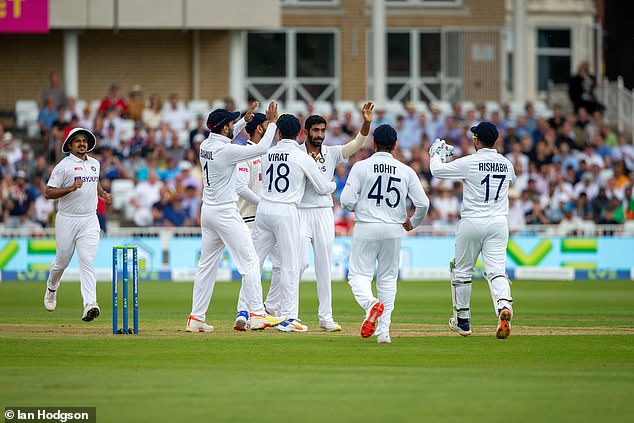 UltraEdge showed a feather on the inside of the bat before the ball carried through to wicketkeeper Rishabh Pant as Crawley departed for 27 off 68 balls.

Root showed his intent with three boundaries in the final minutes before lunch as England reached 61 for two in a well-balanced session.

It had looked ominous for a far from reliable England batting line-up when Burns was dismissed by Jasprit Bumrah in the first over.

The Surrey opener was thumped just above the knee roll and looked on with anguish as an LBW decision was upheld by DRS.

It was far from the ideal start after Root put England in, with Jonny Bairstow and Dan Lawrence both returning to the middle order in the injury absence of Ollie Pope. 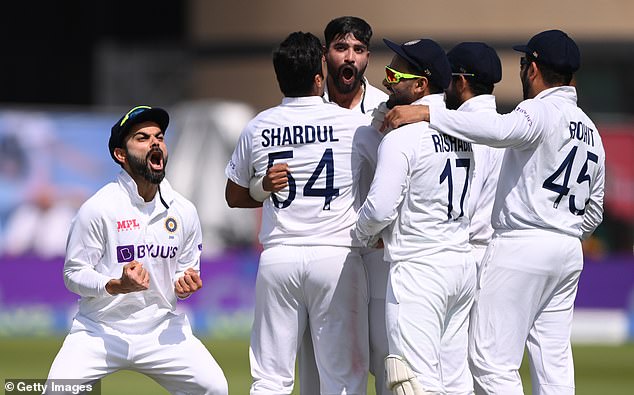 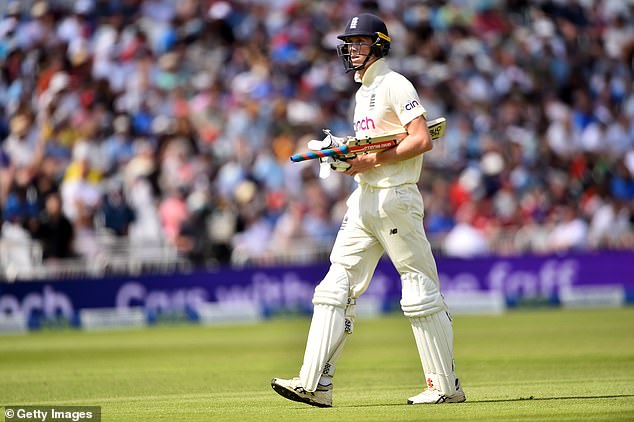 For a third Test in a row, England opted against a frontline spinner, with Jack Leach missing out in favour of an all-seam attack comprising James Anderson, Stuart Broad, Sam Curran and Ollie Robinson.

The latter returned to the Test arena after the historic tweet storm that cast a black cloud over his excellent debut against New Zealand at Lord’s earlier in the summer.

After Burns went and England took 15 minutes for the first run to materialise, Sibley and Crawley worked diligently to see off the new ball.

Bumrah did beat Crawley’s outside edge when the batsman was on 16, while Sibley was already digging in at the other end. 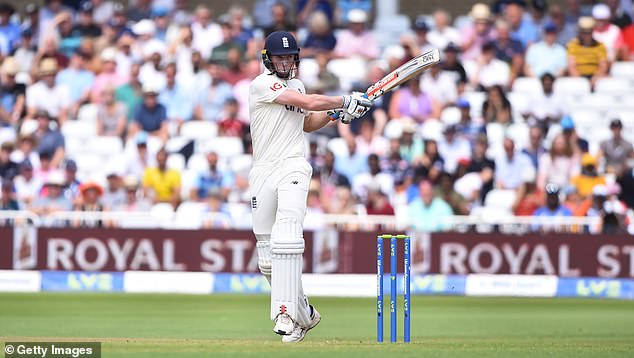 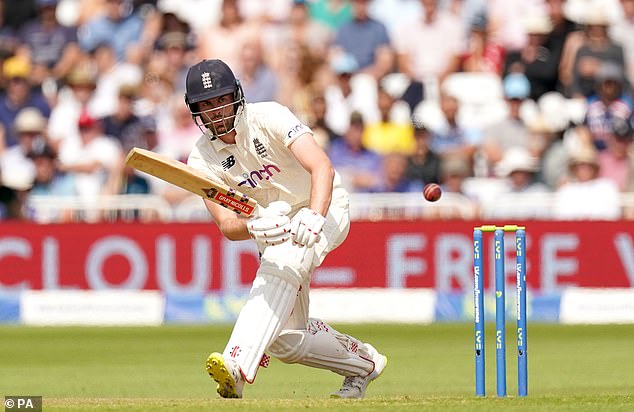 That left Crawley to play the strokes and he hit Siraj for a beautiful cover drive, played and missed at Shami and pulled Shardul Thakur for four with a flourish.

But after India wasted a review looking for the edge, Kohli almost let the DRS timer elapse before making the decision to review that saw the back of Crawley, to the captain’s visible delight.

Root marked his arrival with three quick boundaries and cautious Sibley reached lunch on an unbeaten 18 from 67 balls. 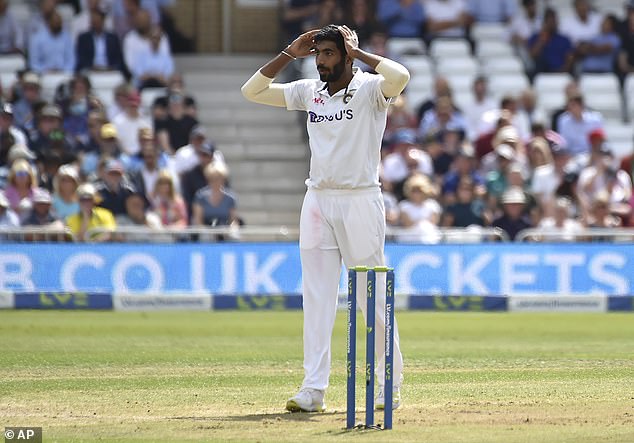 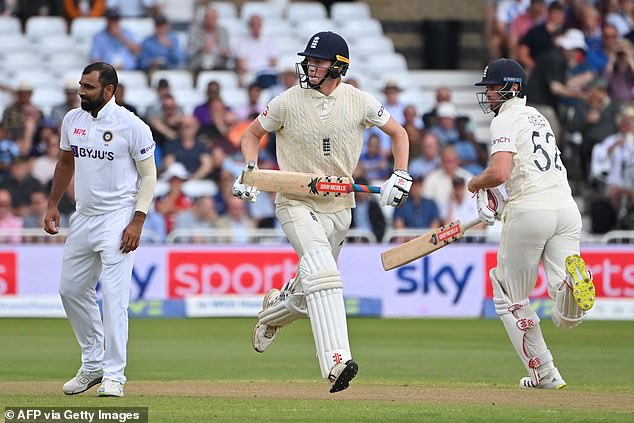 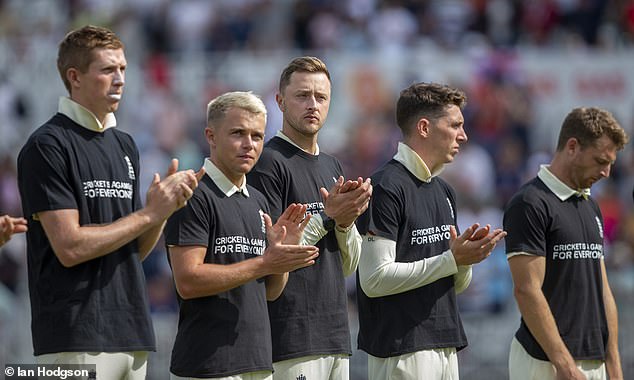 England’s players, including the recalled Ollie Robinson (centre), applaud before the match 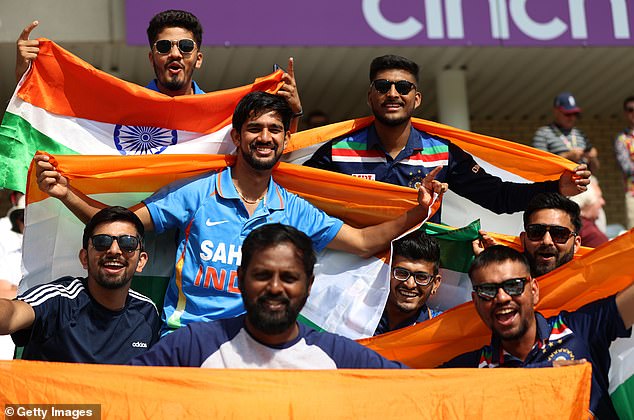 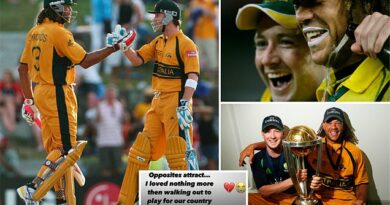 ‘Bored’ Katherine Brunt calls for change in the women’s game