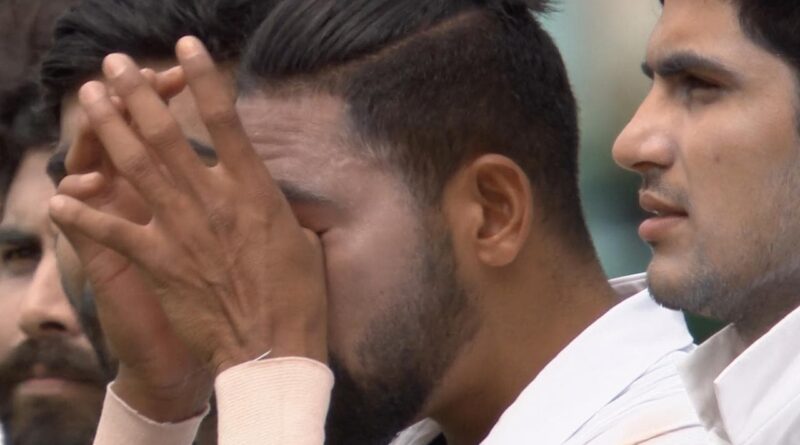 Representing your country in the Test arena is one of the highest honours for any cricketer, and Indian pace bowler Mohammed Siraj isn’t hiding his emotions about the opportunity.

Ahead of his second Test match, Siraj was filmed with tears streaming down his cheeks during the national anthem before play on day one at the SCG.

He wiped tears from his eyes as teammate Jasprit Bumrah offered some words of encouragement.

The 26-year-old lost his father at the start of the tour in November, and was unable to attend the funeral due to strict travel restrictions.

“It was my father’s dream that Siraj should represent India in Tests,” his brother Mohammed Ismail told PTI last month. “He always wanted to see him in blue and white jersey to represent the nation, so our dream got fulfilled today.”

Watching Indian fast bowler Mohammed Siraj, a Muslim, cry during the Indian national anthem for the start of Third Test against Australia makes a mockery of Hindutva fascists who falsely claim Muslims are "unpatriotic" or "traitors."

Lovely and electrifying to see Siraj tear up after the anthem. Looking forward to our young quicks today. Go Saini! #AUSvIND

Siraj probably would not have played in the Border-Gavaskar Trophy if not for season-ending injuries for Ishant Sharma and Mohammad Shami.

But Siraj proved his worth at Test level on debut at the MCG, snaring 5/77 in the Boxing Day fixture.

He was the first Indian bowler to claim at least five wickets on Test debut since Shami achieved the feat in 2013.

And the right-armer started his second Test in exemplary fashion, removing the dangerous David Warner for five during the morning session.

Siraj tempted Warner with a wide delivery outside the off stump, which the Aussie edged it through to the slip cordon.

Meanwhile, the updated lyrics for Advanced Australia Fair were implemented for the first time on Thursday morning, with vocalist Stephanie Jones singing “one and free” rather than “young and free” in the opening line.

The lyrical change was announced by Australian Prime Minister Scott Morrison on New Year’s Eve, and copped some backlash at the time, most notably from boxing great Anthony Mundine.

However, the new version of the Australian national anthem was greeted by applause from the 10,000 spectators at the SCG on Thursday morning.

Pain and glory for Test skipper 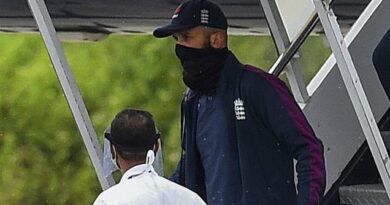 England dumped out of T20 World Cup after semi-final cancellation