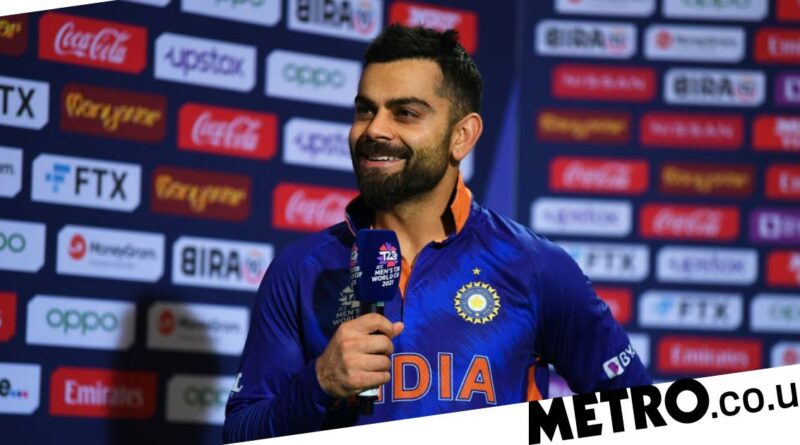 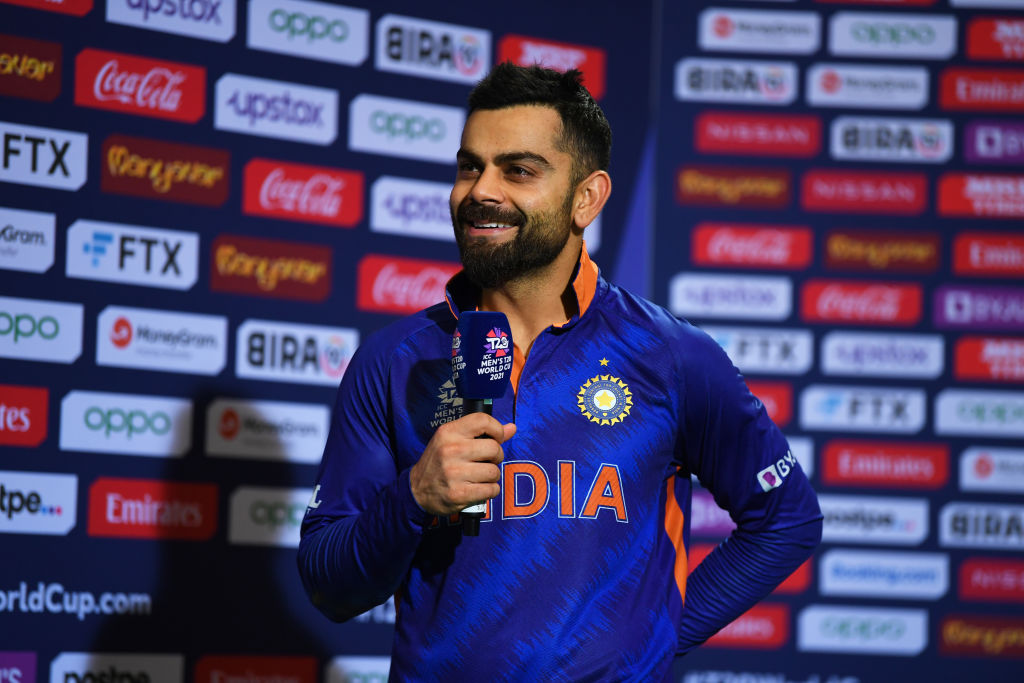 India captain Virat Kohli has praised his team’s batting display during their 66-run win over Afghanistan in the T20 World Cup.

After being put into bat, India’s openers Rohit Sharma (74) and KL Rahul (69) set about scoring a mammoth total as they put on 140 runs for the opening wicket within 15 overs.

In reply, Afghanistan never looked like getting close to the total and eventually reached 144-7 from their allotted 20 overs, with Ravichandran Aswhin, who was playing his first game of the competition, taking 2-14, while Mohammed Shami also took three wickets.

India were in much need of a win after suffering back-to-back defeats against Pakistan and New Zealand to kick off their World Cup campaign.

Speaking after the match, Kohli hailed his top order batters, while also singling out the returning Ashwin for praise.

‘T20 cricket is a very instinctive game, we make a lot of decisions on the go. The top three is more or less set unless something happens like today when the guys batted brilliantly through to over 14 and then our power hitters played brilliantly. Sometimes it doesn’t come off but when it does, it shows how we can bat,’ he said.

‘But give credit to the opposition, they bowled really well and didn’t let us get away with anything.

‘We are looking in a very optimistic way at what lies ahead and we will play this way for sure. We knew that we have some kind of chance and we have to focus on that chance instead of thinking of what’s gone bad. We are a positive side.

‘The return of Ashwin [pleased me the most]. It is something he has really worked hard for. I’m really happy to see him in rhythm because when he bowls like that you control the middle overs.’

In order to qualify, India must win all of their remaining matches and also hope that New Zealand lose to Afghanistan later this week.

Shane Warne’s greatest moments: From ‘Ball of the Century’ to World Cup glory

Smith’s foul-mouthed slap down of Lyon