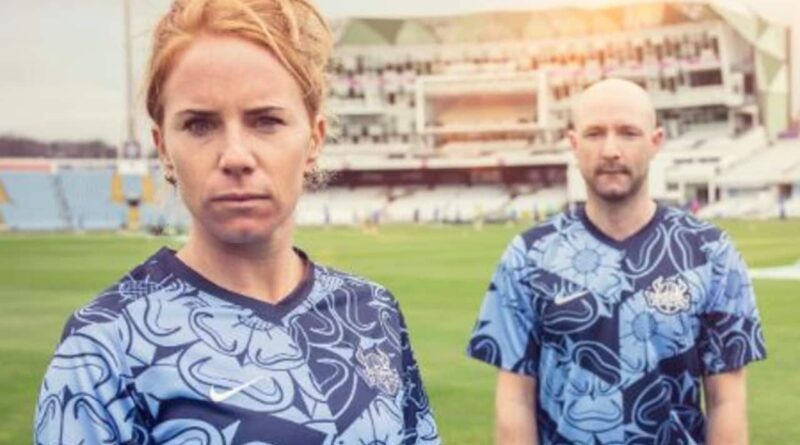 Someone call the fashion police, we’d like to report a crime.

English county Yorkshire has become the butt of jokes after unveiling its new kit for this season’s T20 competition, as plenty of cricket fans took the opportunity to mock the fresh look.

Featuring a two-tone blue design, the shirt — which will be worn by both the men’s and women’s teams — contains sky blue and navy sections encompassing the club symbol, the rose.

But after going online to spruik the kit now being available to order, Yorkshire was made to look the fool by comedians on Twitter.

Former England spinner Graeme Swann was among those to mock the uniform.

“Yorkshire’s new kit … am I the only one who can see a cartoon monkey with a floppy fringe? Is that what they’re going for? Punchy idea. Truly awful kit mind,” Swann tweeted, with two crying/laughter emojis.

“The kids are clearly buzzing about the kit though. Look at the unbridled joy for both boys and girls that the new design brings,” Swann added sarcastically, referring to the stony-faced expressions being rocked by the players in the promotional photo.

I think Vickers could have done a better job after closing time @PSLCC on a Satdee night..😳😳😳

The majority of comments in response to Yorkshire’s official Twitter post about its new kit weren’t exactly kind.

Michael Jones wrote: “Please tell me this is not real.”

John Beardsmore tweeted: “Is this what lockdown does to people? Who the hell at YCCC sanctioned such horrific designs?”

Steve Robson added: “I could understand if this was the 1st of April, but they are just wrong.”

The unveiling comes as Yorkshire announced it had partnered with Nike on a four-year deal to become the club’s official kit supplier.

Yorkshire captain and England all-rounder David Willey is a fan of the new threads.

“I am really excited that the club will be partnering with Nike from this season,” he said. “The players are always proud to wear a Yorkshire shirt, and it is important to look and feel the part when playing.

“In terms of design for the T20 kit, I wanted something representative of the brand of cricket that I would like the lads to play this summer. It is bold and leaves an impression, and has gone down very well with the squad.” 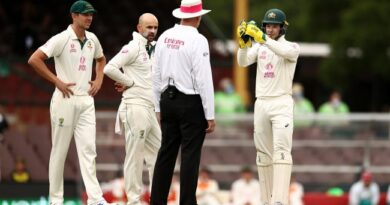