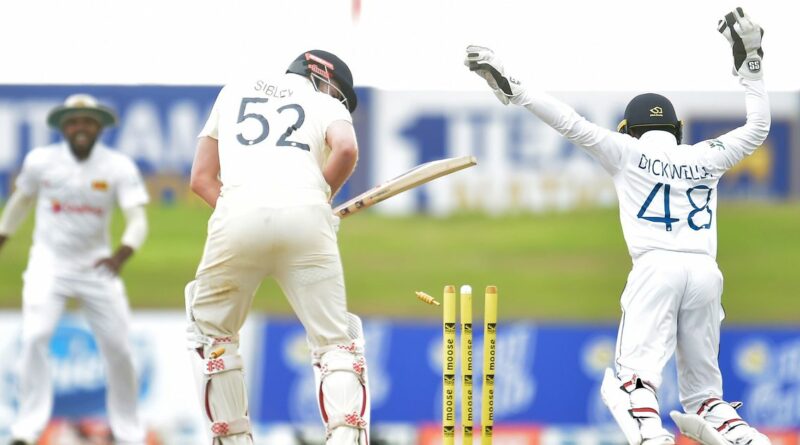 England face a nervy final day chase to complete the first Test victory over Sri Lanka they have been made to work hard for.

A Garry Sobersesque six sixes in an over would do it with 36 more needed to overhaul their delicious target of 74.

But on a pitch testing their timing, technique, and ticker, those runs will be anything but easy for Jonny Bairstow and Dan Lawrence to come by.

The duo managed to see England to 38-3 at the close with their skipper and talisman Joe Root needlessly run out for just one thanks to a poor call by Bairstow.

The two Yorkshiremen will be the best of friends again tomorrow though if Bairstow drops anchor and sees the side home from their position of strength.

Both openers Dom Sibley and Zak Crawley completed miserable matches by being dismissed early for the second time in the match to make the final session on day four a real nail-biter, but their feelings will come a distant second if the game is won tomorrow.

And it would be a win built on both the back of Root's epic double hundred in the first innings and the efforts of his spin duo with Jack Leach joining Dom Bess in claiming a five wicket haul on the turning track.

Where Bess had his milestone in his back pocket in a blink of an eye on day one, Leach was made to graft and toil for his 5-122 from almost 42 overs of effort.

There were some unplayable deliveries in amongst a more consistent approach from Leach who worked out that he needed to bowl a little quicker on such a slow pitch.

Bess did much the same too and should be hugely proud of his 3-100 that helped dismiss Sri Lanka for 359 in their second innings.

A century for Lahiru Thirimanne, his second in Test cricket nearly eight years after his first, and a well made 71 for Angelo Mathews threatened to set England an even trickier target.

But a first ever Test stumping for Jos Buttler to remove Dilruwan Perera as part of a fantastic performance behind the stumps, made sure England's last day challenge isn't as taxing as it could have been.

England Test stars in frame for one-day series against Australia 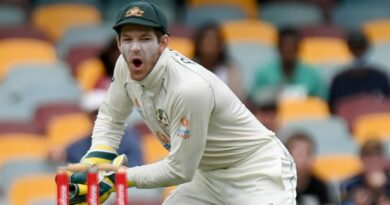 ‘Knives out’ for Tim Paine as Cricket Australia drags their feet