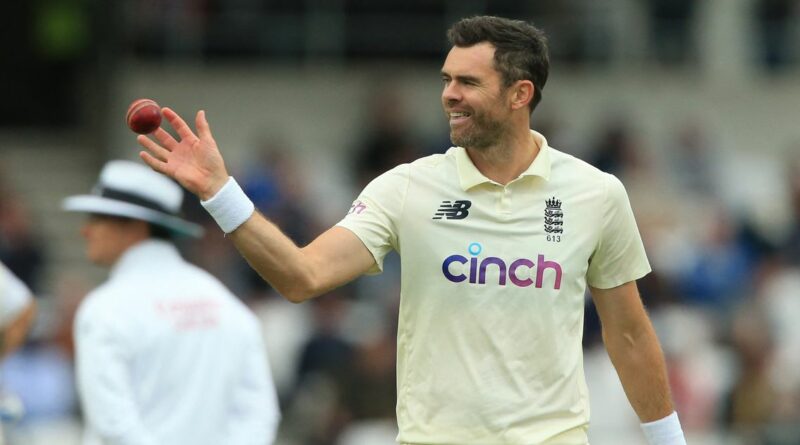 England bowler James Anderson has appeared to try and settle the debate surrounding him and Dale Steyn after the South African announced his retirement from cricket.

Steyn, 38, posted a statement on Twitter which began by quoting lyrics from the Counting Crows song A Long December , before saying: "It's been 20 years of training, matches, travel, wins, losses, strapped feet, jet lag, joy, and brotherhood. There are too many memories to tell. Too many faces to thank.

"So I left it to the experts to sum up, my favourite band, the Counting Crows,.

"Today I officially retire from the game I love the most. Bitter sweet but grateful.

"Thank you to everyone, from family to teammates, journalists to fans, it's been an incredible journey together."

Anderson's reply was simple yet telling: "The Best."

The debate over who out of Steyn and Anderson can be considered better as raged for some time now, with many arguing only persistent injuries prevented the South African from shattering wicket-taking records.

He notched 439 wickets for the Proteas in 93 Test matches, at a superb average of 22.95. Anderson meanwhile, has 630 Test victims, placing him third on the all time list behind spinners Shane Warne (708) and Muttiah Muralitharan (800).

And with the 39-year-old set to play the final two tests of England's current five match series with India – before heading down under for the Ashes – it's a figure that could still rise considerably.

It's a similar story in one-day internationals, with Steyn's total of 196 wickets inferior to Anderson's 269, but again coming in less games and at a better average (25.95 compared to 29.22).

Inevitably, the England bowler's comment re-ignited the debate on Twitter, with many fans citing Steyn's previous comment of "Jimmy was a more skilful bowler than me."

One wrote: "It's a pointless debate because Steyn's called Jimmy the best."

Another responded though with a graphic depicting Steyn's test ranking from 2010 to 2015, outlining he was number one for six consecutive years.

Many fans however, preferred to laud the mutual respect shown between the two.

Alongside Anderson, a host of other stars paid tribute to Steyn's career, with former teammate AB de Villiers calling him a "legend forever."

‘Imagine not going home until June’: Justin Langer fires back at critics of resting policy

Get smart England! Gooch insists Eoin Morgan’s side will get to semis