Home » Сricket » JASON HOLDER: Even I was surprised England did not pick Stuart Broad!

JASON HOLDER: Even I was surprised England did not pick Stuart Broad for the first Test… but we delivered what was close to the complete West Indian performance in Southampton

Jason Holder has delivered his assessment after West Indies defeated England in the first Test match at Southampton.

The West Indies captain discusses Stuart Broad’s omission from the home side, facing Jofra Archer and his battle with Ben Stokes.

Holder also delivers his assessment of Michael Holding’s moving support of Black Lives Matter ahead of the first Test. 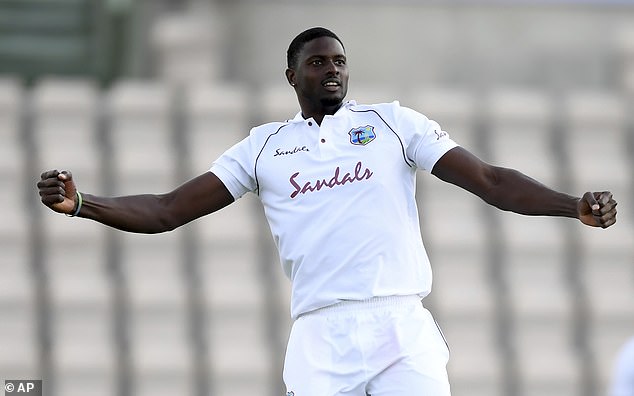 This is a proud moment for us. We really wanted to start this Test series well and to begin the way we have by winning the first Test is perfect.

Looking back at the game, it was my preference to bowl first so I didn’t mind England deciding to bat and then our bowlers simply bowled their hearts out on a pretty flat pitch. I was a little surprised England didn’t pick Stuart Broad.

Then as it went on it became close to the complete West Indian performance. The fourth day in particular was a touching one for us because we were rewarded for all our efforts since we arrived here over a month ago. 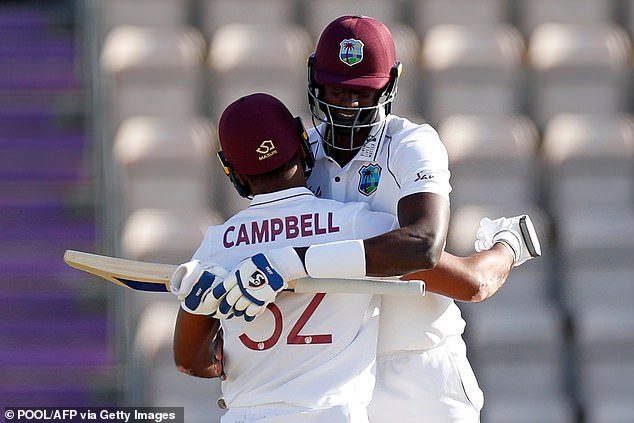 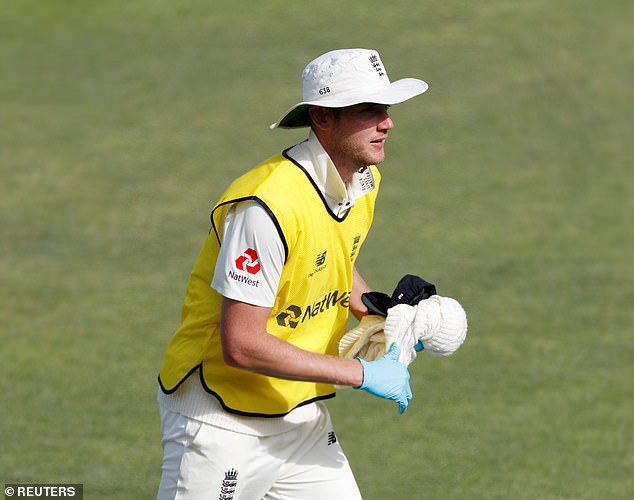 There’s no doubt the game changer was that fourth afternoon when we took five wickets after tea. Then we were able to finish it off on the last day.

It’s been a while since we had Shannon Gabriel on the park due to injury so to see him back firing on all cylinders was brilliant.

We were always confident we would get 200 to win but losing three quick wickets and John Campbell to injury wasn’t ideal.

But the partnership between Jermaine Blackwood and Roston Chase was just what we wanted and it was really good to see Jermaine going as deep as he did.

This was a career-reviving innings for Jermaine. He’s a very exciting player and he grabbed this opportunity with both hands. The key was mixing aggression with sensible play. Jermaine just has to be selective and the way he made that 95 was how we want him to play all the time. 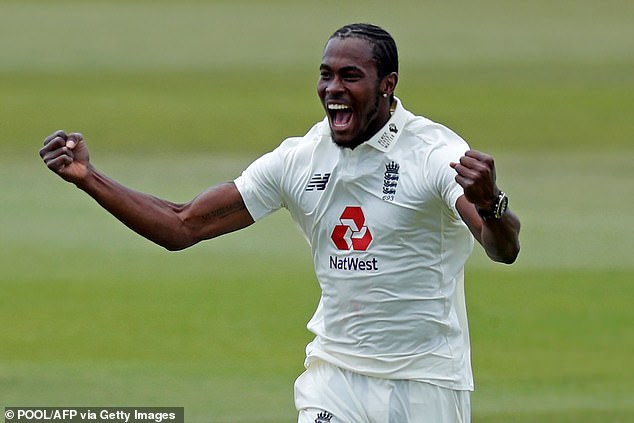 Slipping up in Manchester

I slipped on my right ankle on the very first day of practice when we got to Old Trafford and it’s still not how I want it to be but it was good enough to get me through five days and I’m sure it will be fine for the second Test.

Taking six wickets in the first innings fulfilled a personal ambition for me because I have always wanted to take a five-for in England and dreamt about getting on the Lord’s honours board in this series.

That’s not to be but my next big aim is to make a hundred in England. A bit has been made about me taking on Ben Stokes in the battle of the all-rounders but getting him out twice in Southampton was enough for me without worrying about making any points.

Stokesey is a great competitor and an excellent cricketer so to get someone of his calibre twice was great for the team. It really isn’t about individuals. It’s about the collective and what we are trying to achieve on this tour. 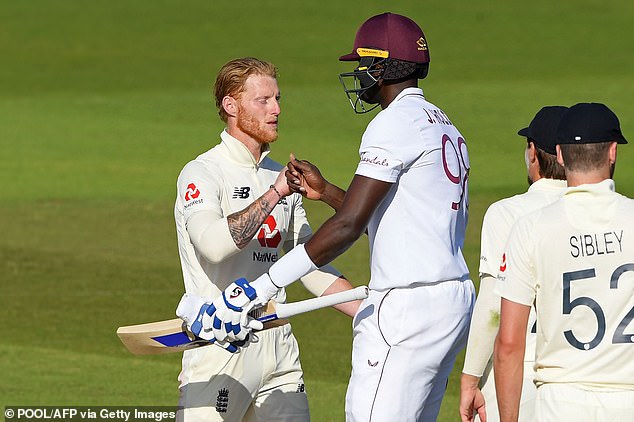 What Michael Holding said on TV before the Test was outstanding. I’m sure he made people go and do some research and learn about history. What he said in support of Black Lives Matter was spot on.

It hit the nail on the head and I felt his message in my veins. Mikey has always been a hero for what he did on the field but he has earned worldwide respect now for what he has done off it.

People just need to be aware of what’s going on in the world and where it needs to be for all people to have equality. It was great to see both teams come together and play our part before the Test. Each member of our squad wearing a black glove made the message even more powerful for us.

It sent a strong message from the cricket fraternity and it cannot be a one-off. We need to keep on educating until we can effect change. It’s what we are all fighting for. 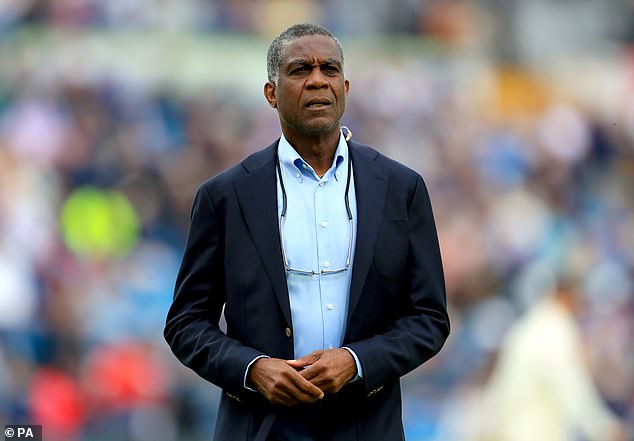 Bringing back the smiles

It’s just so great to see cricket back and I think the return has brought smiles to a lot of faces here, in the Caribbean and throughout the world. I’ve had so many messages since we won and it’s heart-warming to know we’ve been able to come over here and get this series on.

It’s not quite the same without spectators and I really missed the Barmy Army in Southampton but it was so important to get it all back running. We do feel appreciated for the efforts we have made.

Each and every one of us took a big call to come over here and so much hard work has been put into keeping our surroundings clear of Covid. I’m sitting here now back in my hotel room at Old Trafford watching the rain out of my window so I don’t know what sort of pitch we will have for the second Test on Thursday. 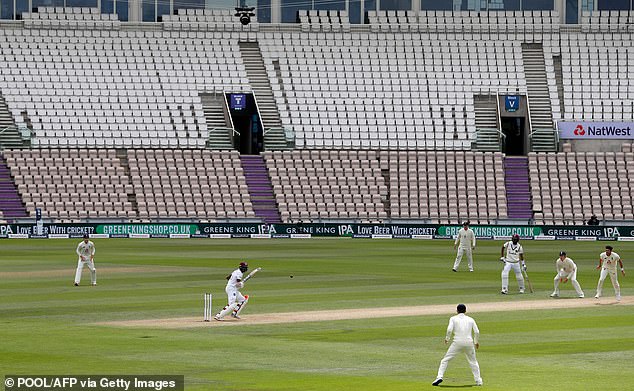 It’s a short turnaround but the next couple of days will be about recovery and getting our bodies ready again. I’m hopeful Campbell will be fit but if he’s not we will sit down and see where we go at the top of the order. We know Old Trafford can take spin so Rahkeem Cornwall might be worth a shout but it will be difficult to change a winning combination.

We’re really comfortable in this bubble now and know what to expect. I said to the guys after the Test that we need 10 more strong days cricket now.

We won’t be getting ahead of ourselves. We just want to go on and win this second Test now, clinch this series and retain the Wisden Trophy. That really would be special.

As if Sunday couldn’t be any more special I was delighted to see the result of the north London derby. It capped the perfect day!

Along with our coach Phil Simmons I’m a big Spurs fan and it’s still a hard pill to swallow to see us eighth in the league.

But I want Europa League football at least – as well as a series win for West Indies! 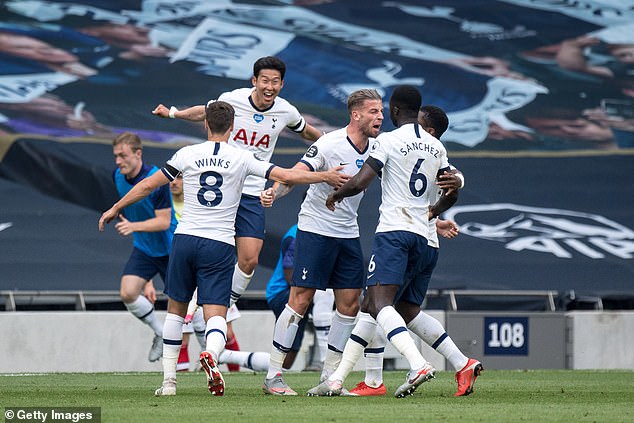 As a Tottenham fan, my day was made even better by seeing the north London derby result 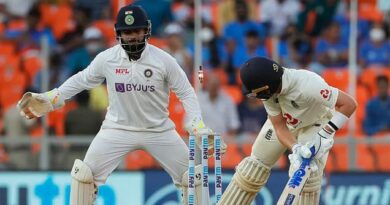 NASSER HUSSAIN: England can't use the pitch as an excuse for losing

England dumped out of T20 World Cup after semi-final cancellation